Blizzard has announced that the Theorycrafting Livestreams that were absent for Descent of Dragons will make a return this expansion. Streams will begin at 9am PT/ 12pm ET/ 17:00 CET/ 16:00 GMT on a variety of channels.

Watch your favorite streamers lead the charge against the Rusted Legion as they get an early look at #AshesOfOutland on March 26! 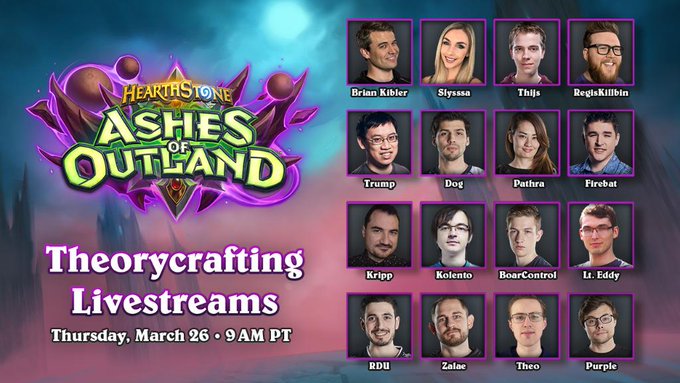