Blizzard has revealed some details on the Card Reveal stream scheduled for this Wednesday. Kripparrian will co-host and the stream will begin at 10am PT/ 1pm ET/ 18:00 CET/ 17:00 GMT. 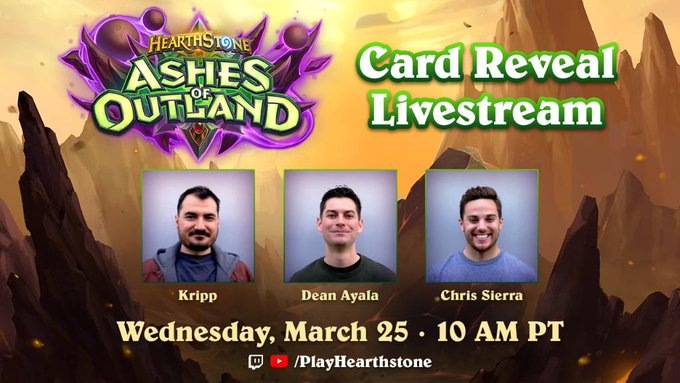