One of the Devs on the Hearthstone team, Conor Kou, made a very mysterious and interesting tweet tonight. When twitter user BloederFuchs asked him "So, any update on that content patch that was "right around the corner" two weeks ago?", Kou replied with the following tweet:

It's reeeeeeeallly just around the corner ;) 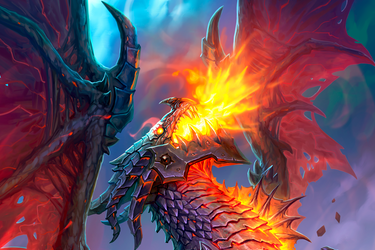