Nerfs Are Now Live! - Client Update With All the Changes

The patch with all the balance changes, including Battlegrounds and Arena, is now LIVE. A visual representation from in game about what changed + the official changes as they were listed yesterday can be found below: 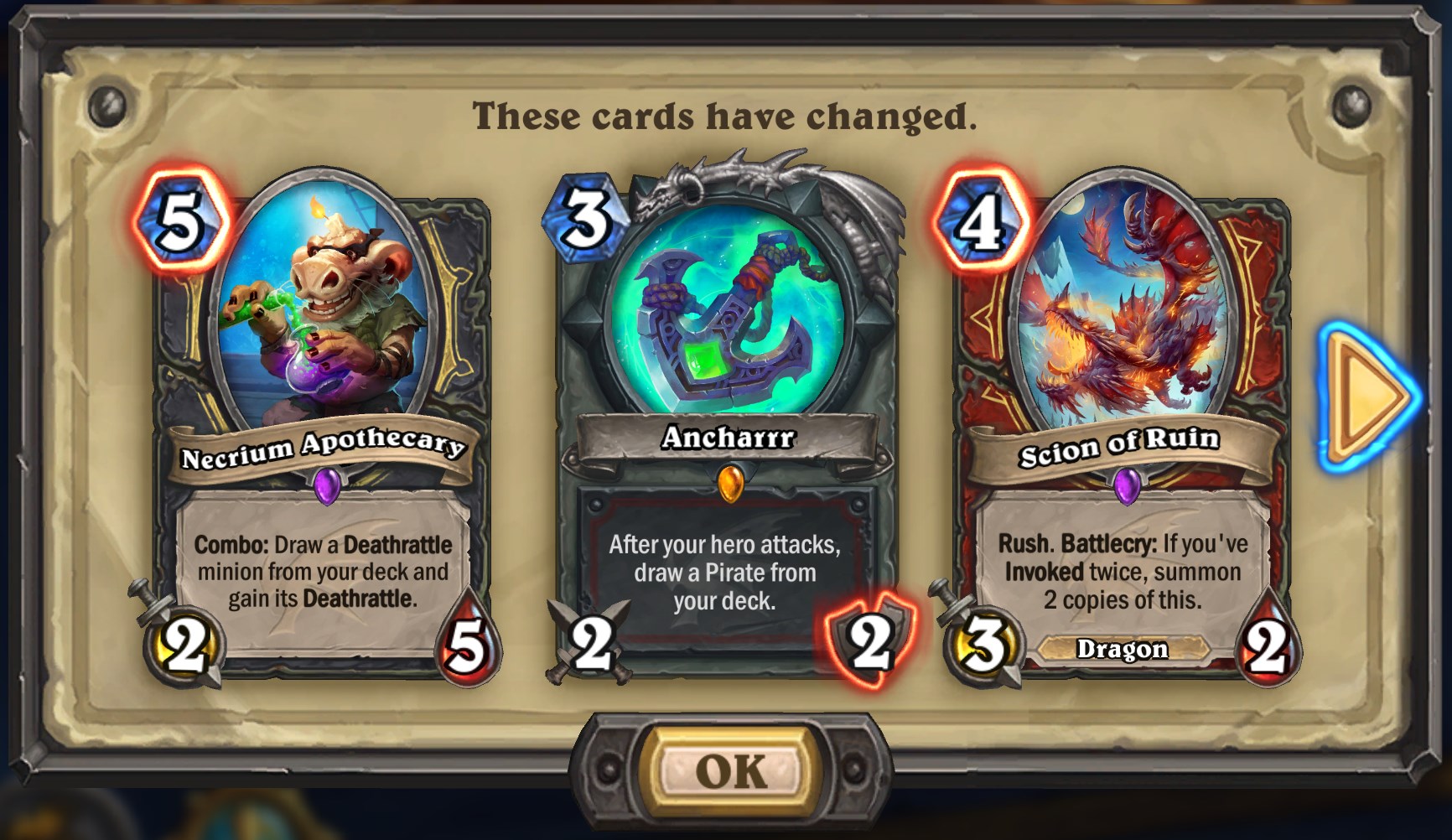 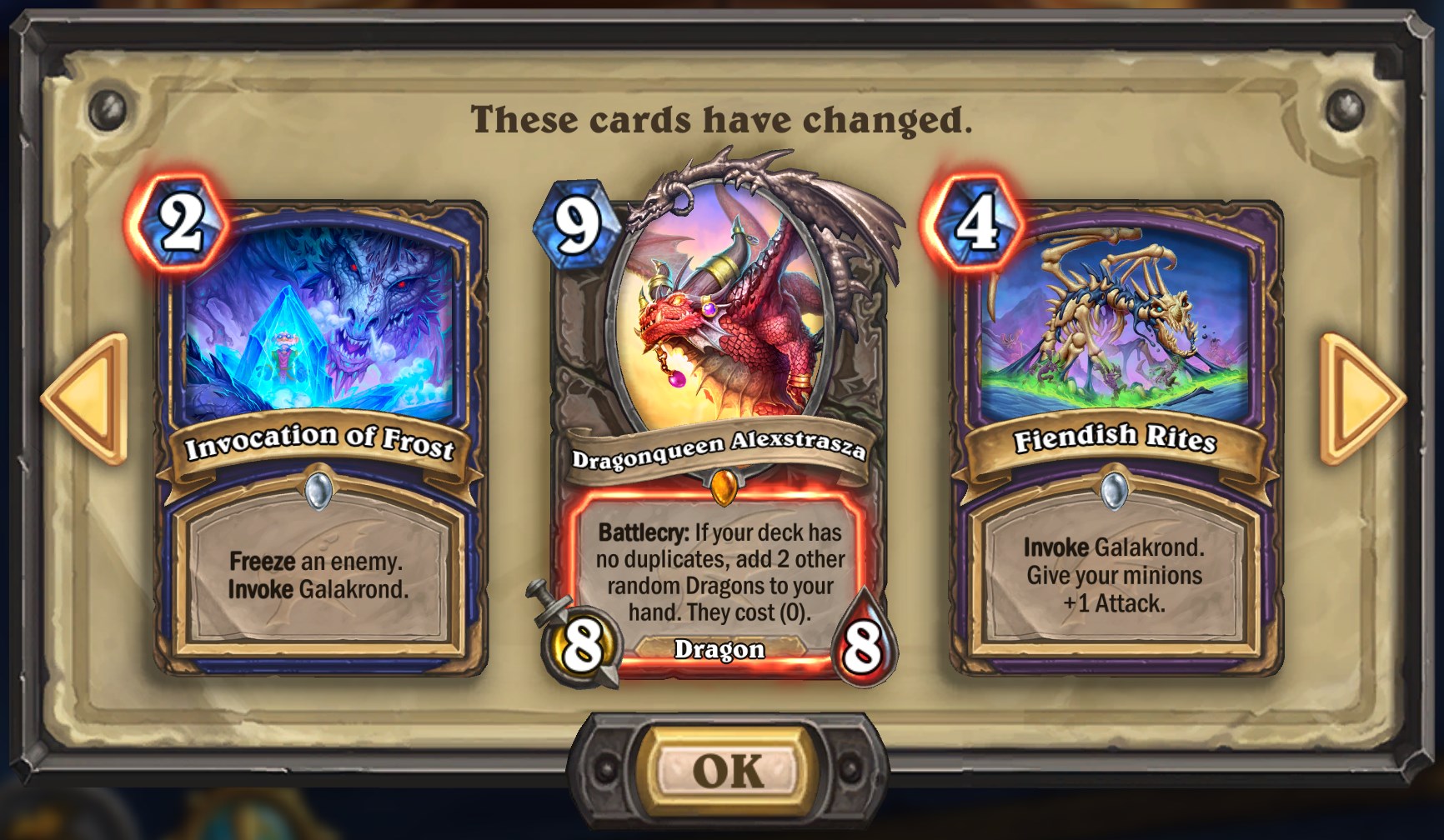 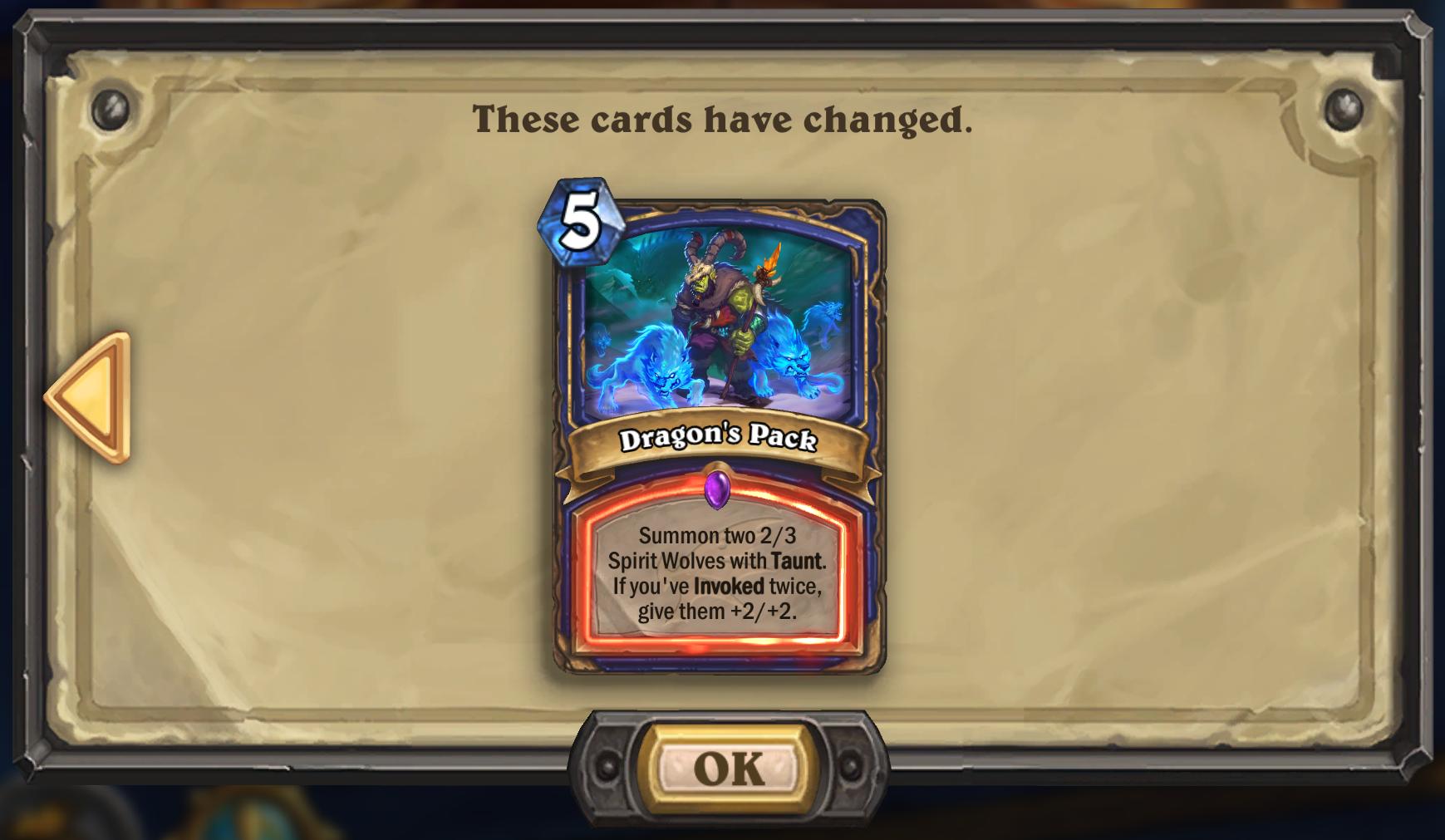 Welcome to a new year in the tavern, everyone! We have a balance update in the works that will go live later this week which includes the following changes, primarily for Standard and Battlegrounds:

*Once the update is live, adjusted cards will be eligible for a full Arcane Dust refund for two weeks.

This update includes several adjustments and gets more Heroes brawling in Bob’s Tavern than ever before! Further Battlegrounds balance changes are coming very soon, in addition to the exciting new content we have in the pipeline… we’ll have more to share in the near future!

Wax Warband : Give a random friendly Mech, Demon, Murloc and Beast +2 Attack . (instead of +1 Health)

Temporal Tavern : Cost reduced from (2) to (1) . Now reads, “Refresh Bob’s Tavern. Include a Minion from a higher Tavern Tier.”

Fire the Cannons! : At the start of next combat, deal 4 damage to two random enemy minions. (increased from 3 damage)

Brick by Brick : Give a random friendly minion +3 Health . (increased from +2 Health)

After a friendly Demon dies, deal 3 damage to a random enemy minion twice . (instead of 6 damage once)

Battlegrounds : Selfless Hero’s Deathrattle will now only affect minions that do not already have Divine Shield.

Arena : The appearance rate of cards in the draft has been updated to ensure class balance remains close to the ideal 50% win-rate. Specifically, the win-rate of Druid, Hunter, and Paladin should now be decreased. The win-rate of Priest, Rogue, Shaman and Warlock should now be increased. Card appearance rates for Mage and Warrior remain untouched.