Hearthstone is introducing it's first new Game Mode, in a very long time: Battlegrounds. This post will attempt to bring you all the information you need to understand how they work.

When can you start playing this game mode?

Closed Beta starts 5th of November for people with a Virtual Ticket or who preordered Descent of Dragons. Open Beta starts November 12th. Open to everyone!

What is Hearthstone Battlegrounds in short?

The basic idea is that you choose one of 24 Heroes, who start with 40 health, then pick minions to fight for you from the offered selection in a Recruit Phase and afterwards have those minions fight for you automatically in a Battle Phase. Battle lasts until one side has no minions left. At that point the power level of the remaining minions gets totaled and turned into points, added to a base number of 1 (which scales) and applied as face damage to the opposing Hero. When both sides end up with no minions left, it is a draw and no damage gets applied to either Hero. You go back and forth between the Recruit phase and the Battle phase on a fixed timer untill there is only 1 player remaining.

What is Battlegrounds in more detail?

So what does this look like in practice? You start the game off on a launch menu with your rating, the number of top 4 finishes and a launch button. Once queued and accepted you get a choice of 3 Heroes with different Hero Powers, all unique to this game mode. You can see all the available Heroes HERE. 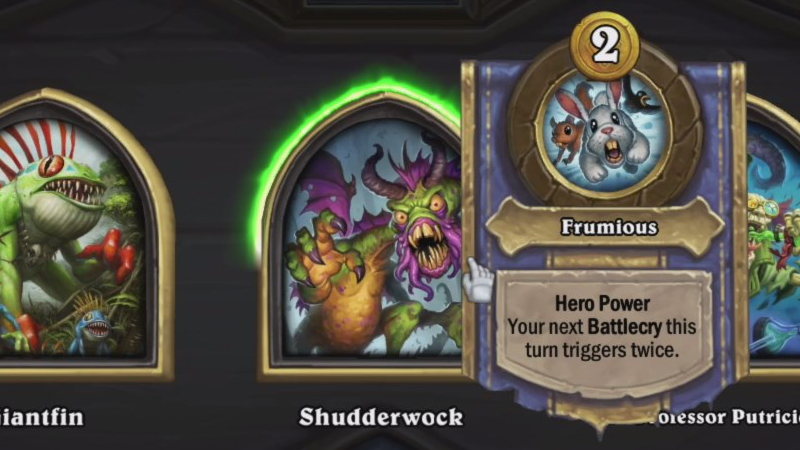 After this you hit the Recruit Phase. Which looks like this: 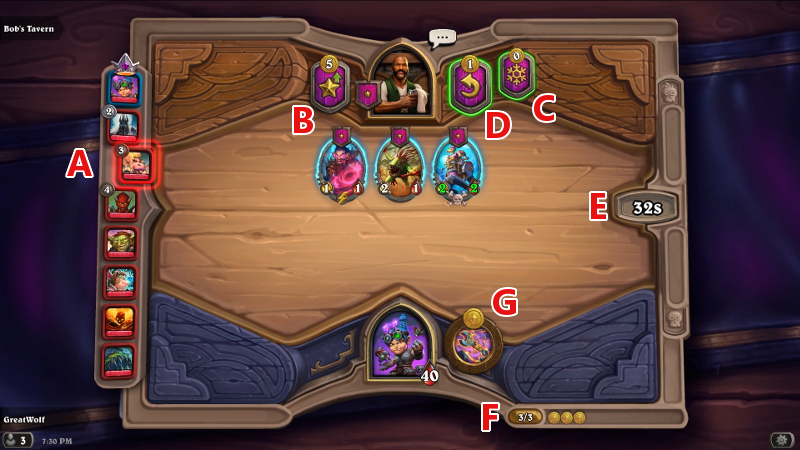 During the Recruit Phase you can augment your board by:

After the Recruit Phase timer runs out you immediately get moved to the fully automated Battle Phase: In this phase there is not much to actively do, except watch and pray to Yogg for good RNG. You will need this because although the attack order is fixed from Left to Right, and the minions will have to respect Taunt, the target selection is otherwise random. This can lead to just the wrong (or right!) minion being attacked on your board and nuking (or enhancing!) your carefully laid out strategy. Play is quite fast, even though there is often quite a lot to resolve between deathrattles and buffs, so you will need to pay careful attention to spot where or why your planned tactic worked or didn't work and what your weak spots in your line up may be.

At the end of the Battle Phase, if one side ends up defeating the other side's minions, while still having minions remaining, there will be a hit calculated that will hit the loser in the face. This calculation starts with a base damage of 1 (scaling with Tavern level), and for every minion points get added. More minions, more points. Higher quality remaining minions give more points than lower quality remaining ones.

After the Battle Phase is over the ranking on the side board gets updated and players will get moved to the Recruit Phase, unless they died, in which case you see the end of game screen with your placement and your ranking change and you return to the main Battlegrounds screen. If you are the last one standing you will also get the placement screen and get returned to the main Battlegrounds screen. 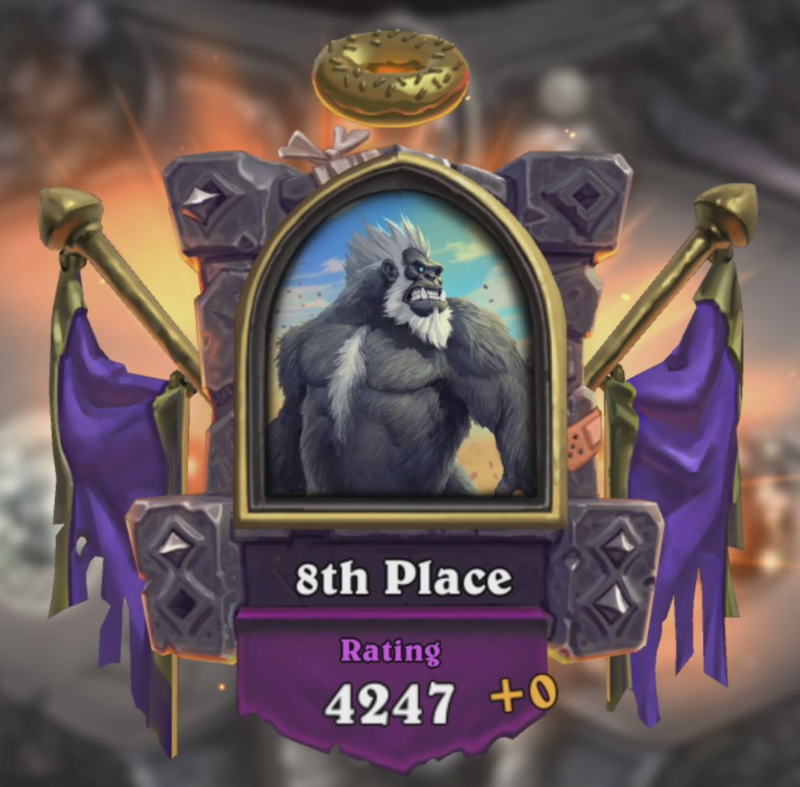 Hearthstone Battlegrounds is a tactical game, much like the normal Hearthstone card game. There is a lot of interesting game play to learn and master that is very different from the normal Hearthstone game play. At the same time players who have been around the card game for a bit will easily recognize and understand parts of this new game mode because the familiarity with the cards and keywords will be useful throughout. Synergies between cards and card tribes matter a great deal. Using and abusing buff cards of various sorts is key to getting a line up that will carry you to the end. Placement of minions matters, probably even more so than in the normal card game. And all of these things will come as no surprise to people who have played the normal card game.

Blizzard seems to have created a fun game mode that can easily change with new expansions of cards coming in and easily be changed up and augmented with new unique cards and Heroes as time goes on. We cannot wait to get our hands on this game mode ourselves!