Hearthstone has so many crazy and fun cards. Like every game, there are rules that keep things in order. That’s one of the reasons Tavern Brawl is a lot of fun. Once a week, we get a new kind of game where they break the rules for a more unique experience. While we can’t modify those rules ourselves when having a game against a friend, it’s still possible to make your own Tavern Brawl with proper set up. Hearthstone has provided all the tools needed to create and play our own custom games. One just needs to know how to do it. Here we’ll discuss one of many possible custom games you can set up and play with friends. 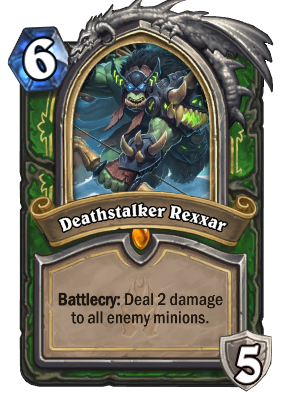 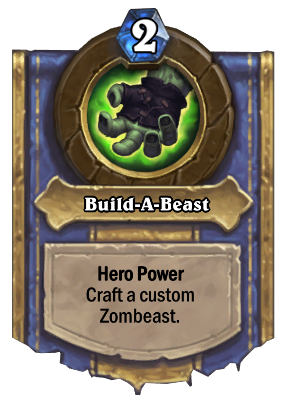 Key Cards for this Game

Deathstalker Rexxar - He’s the centerpiece of this particular game. The Hero Power is what the entire premise is based on.

Violet Illusionist - She protects you from taking any fatigue damage while waiting to replace your deck with new cards.

Lorewalker Cho - He enables so many custom games that involve spells needed for set up. There are sometimes ways to work around not having Cho if you don’t own him and have no intention of crafting him.

This game mode comes in two variations. One has a much simpler set up that requires fewer expensive cards. The other has a somewhat more complicated set up and a couple more high rarity cards, but it allows for more chaotic and wildly different gameplay. Choose which one best suits you!

One player needs to be a Hunter and the other needs to be a Rogue. Suggested deck lists will be at the bottom, but it’s important to know what should go in these decks and why. 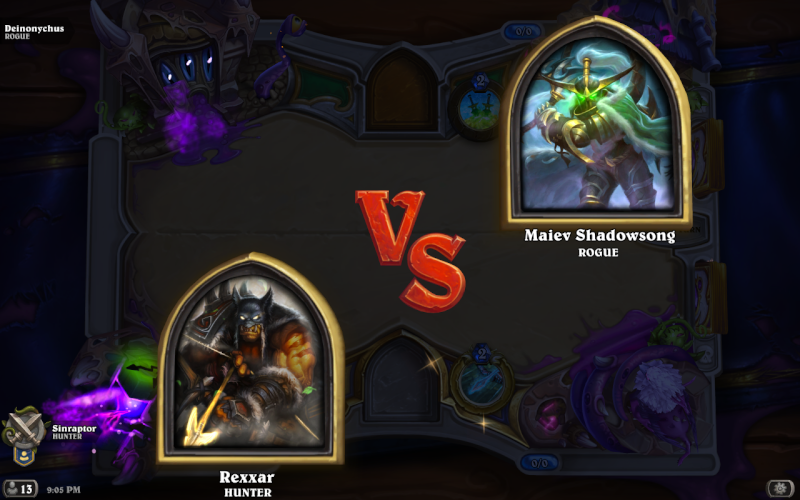 Step 1: Draw Out Your Deck

Load up your deck with plenty of card draw in order to empty your deck so that you can refill it with new cards. However, be careful with putting too much draw in. You still have cards you’ll need to keep in your hand, so burning one of them can ruin the whole thing. Be sure to include a few throwaway cards to keep some space in your hand.

Having a Generous Mummy or two out can really help your friend cycle through cards faster and even make the actual set up take fewer turns.

Skulking Geist is a great way to thin out your deck without risk of burning cards. If you make your throwaway cards 1-cost spells, you can easily cut down both decks by several cards. 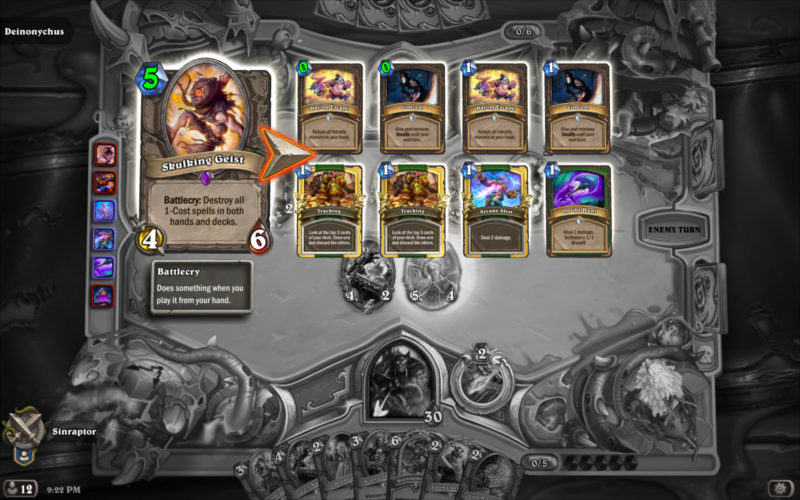 Step 2: Have the Set Up Cards

-Both sides must have 2-5 Augmented Elekks. Having more than 2 can be done with copying cards like Faceless Manipulator and Zola the Gorgon.

-Both sides must have a way to shuffle Shimmerflys into their decks.

-The Rogue must have Sideshow Spelleater.

-The Hunter must have Deathstalker Rexxar.

-Either player must have a Doomsayer. 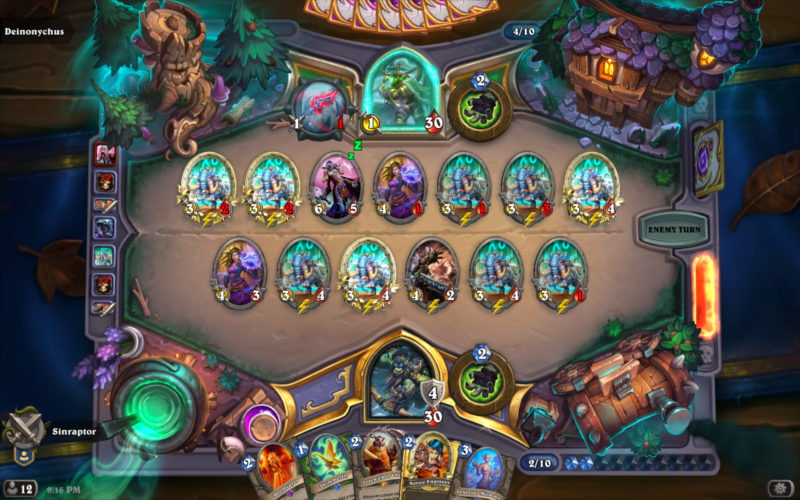 -Rogue must have Azalina Soulthief and at least 1 copy of Academic Espionage.

-Hunter must have Deathstalker Rexxar.

-Either player must have Lorewalker Cho and a Doomsayer.

*In order for the Hunter to generate Hunter cards with Academic Espionage, the opponent must also be a Hunter. So the Rogue needs to use Azalina Soulthief to copy Deathstalker Rexxar from the opponent’s hand. 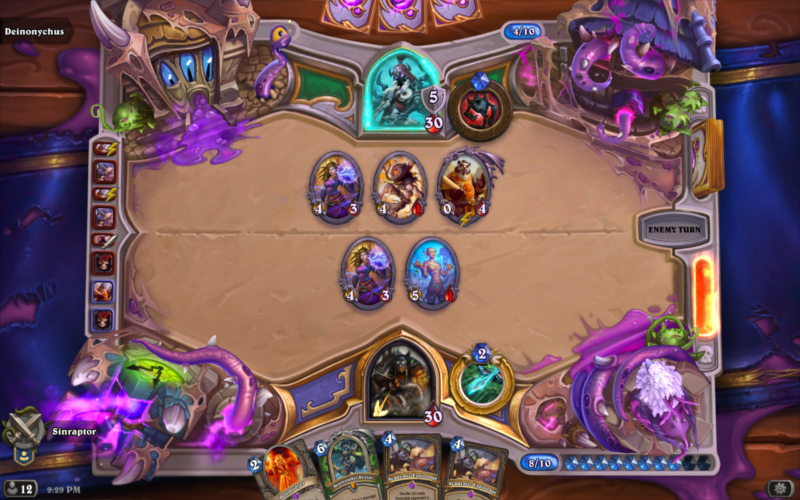 First, both players need to have Build-A-Beast as their Hero Power. All that needs to be done is for the Hunter to play Deathstalker Rexxar and for the Rogue to play Sideshow Spelleater afterwards.

Then the Hunter plays Shimmerfly. Both players must shuffle as many copies of it into their decks as they can. This can be done in more ways than one by each player, but the most efficient ones are the first options. Hunter has pretty restrictive options, so will often need the Rogue’s help.

1: Have the Rogue use Gang Up while there is a Lorewalker Cho on the board.

2: Copy the Rogue’s Lab Recruiter, bounce it back with Youthful Brewmaster, then play him.

3: Use Dire Frenzy (If your opponent is okay with yours being 4/4)

4: Use Baleful Banker and have the Rogue bounce it back with Saps.

5: After the Rogue shuffles their Shimmerflys, play King Togwaggle and have them do it again. 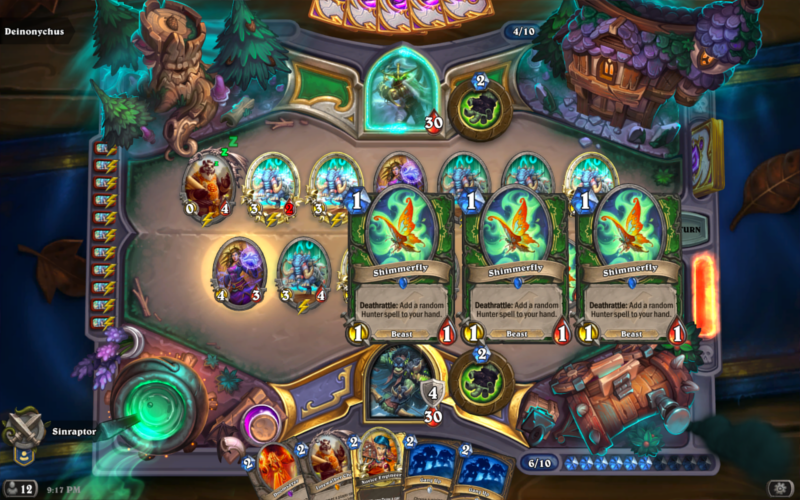 1: Owner of Lorewalker Cho plays him.

5: Pass Academic Espionage back and forth until you feel satisfied with the number of cards in both decks.

6: Both players throw their Doomsayers onto the board to quickly clear it. 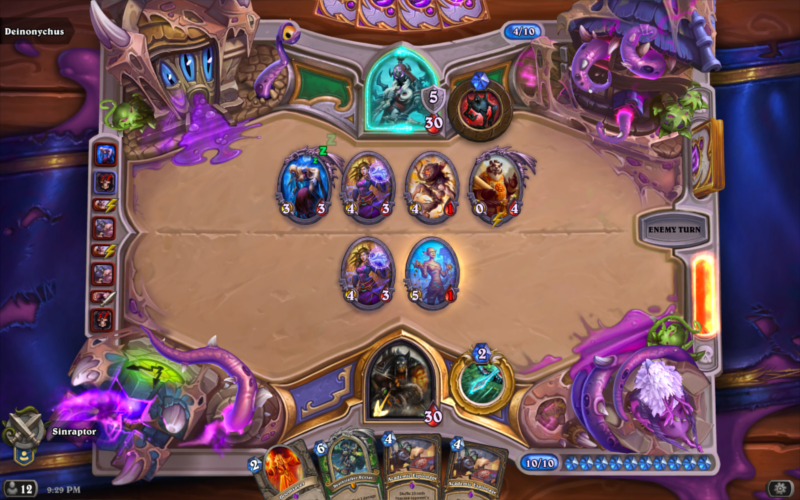 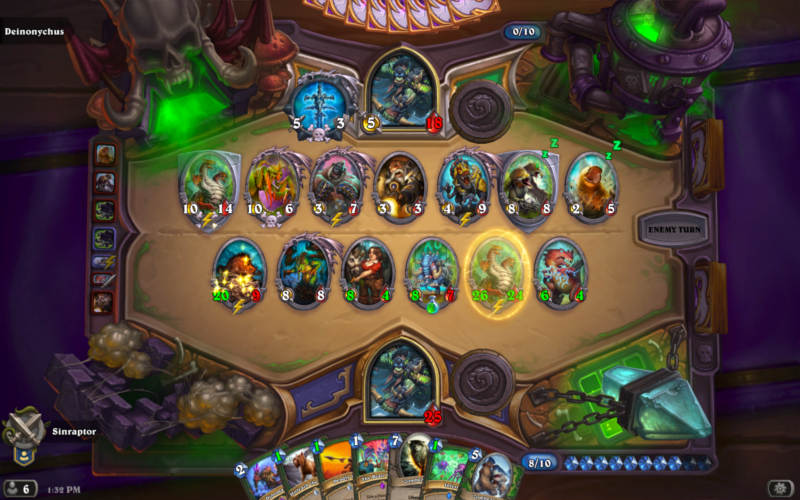 No one expects Hunters to run the Gonk Frostmorne combo these days!

1: Neither Player can use their starting hero powers, or use Build-A-Beast until the game begins.

2: Rogue gets rid of any weapon they’re holding before starting.

3: Both players must be at 30 health (or at least equal health).

4: No going face until the board is clear (Stealth doesn’t count). This keeps games from being too short.

Of course, you’re definitely allowed to change up these rules and even the set up if you wish. In fact, we’re all for it! After all, it’s a custom game. Do things the way YOU want to do them.

Thanks to deck-sharing, it’s totally fine if only one of you can build the necessary decks. Here are the more effective decks to use during this particular game.

We understand that not everyone is going to have all the cards needed to play these custom games. In fact, the point of Friendly Fights is to bring to everyone’s attention that there’s even more ways to have fun in Hearthstone than you might’ve thought. Hopefully, Friendly Fights will not only offer you a new kind of Hearthstone gameplay, but also inspire you with the creativity to come up with your own! We hope you like this new series and thank you for dropping in!