Update 3:50pm: Added video of the card in action

PlayHearthstone Twitter just revealed a new Saviors of Uldum card for Shaman: Plague of Murlocs.
This is the third of 4 reveals for community progress in the Blackrock Crash Tavern Brawl. 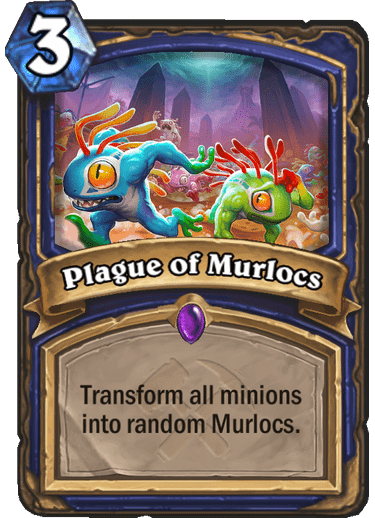 The Shackhouse YouTube Channel posted a video with the Plague of Murlocs spell in action. What's more, in the aftermath of the spell you can catch a glimpse of the yet-to-be-revealed Sir Finley. He's a 2 attack, 3 health minion, but with no cost or effect yet revealed.