Blizzard has finally revealed the Rise of Shadows card reveal schedule! Times in the screenshots below are EASTERN US/CAN. Local times can be found on the official page. 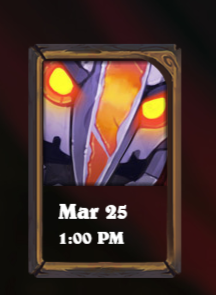 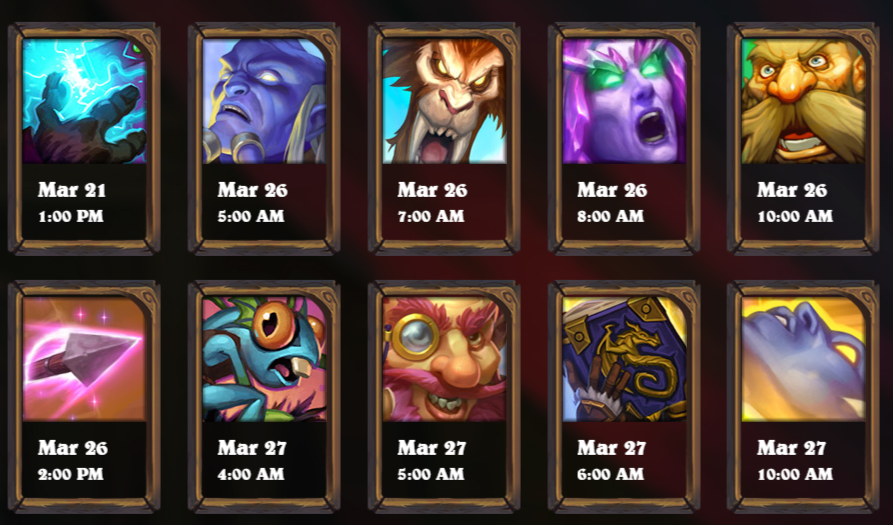 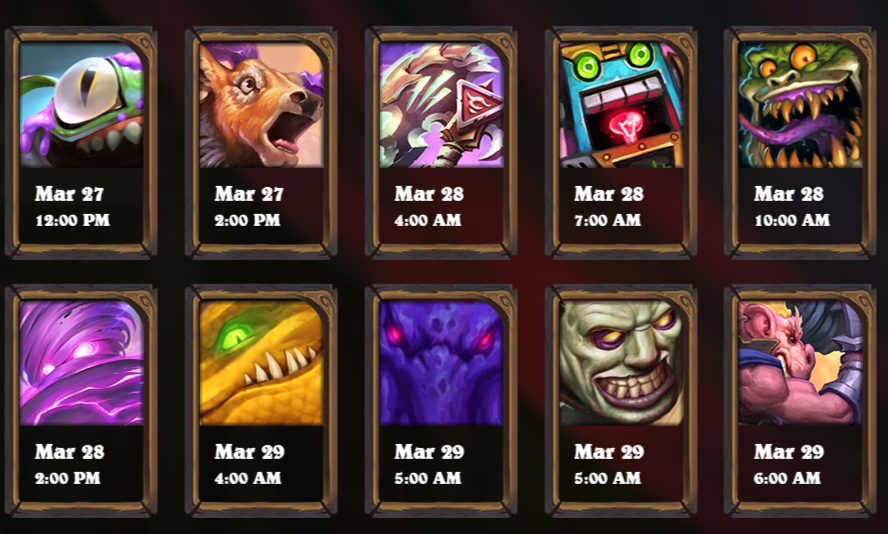 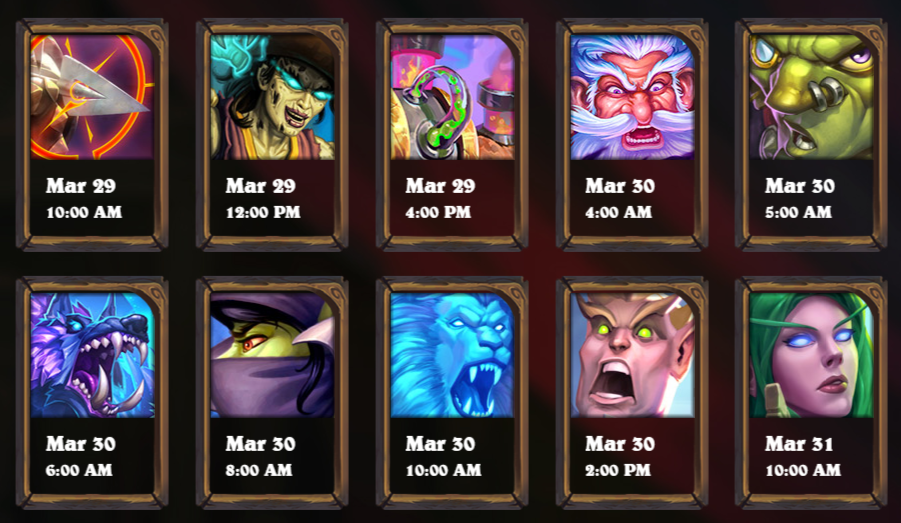 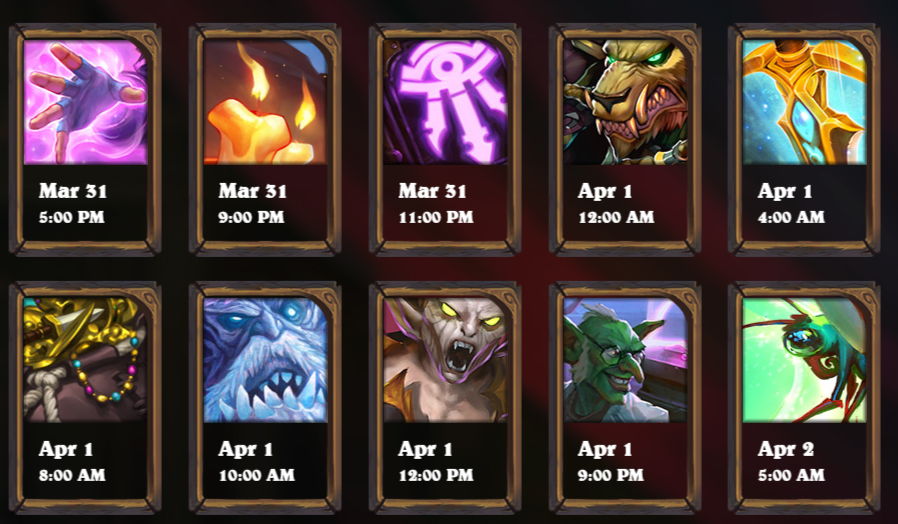 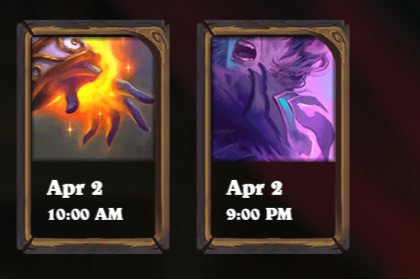