Celebrating Winter Veil - Our Favourite Moments From Journey to Un'Goro

We're in the last stretch of the Year of the Raven which means next year, in April, we're going to see some expansions rotate out. Today we're talking about our favourite moments from Un'Goro. 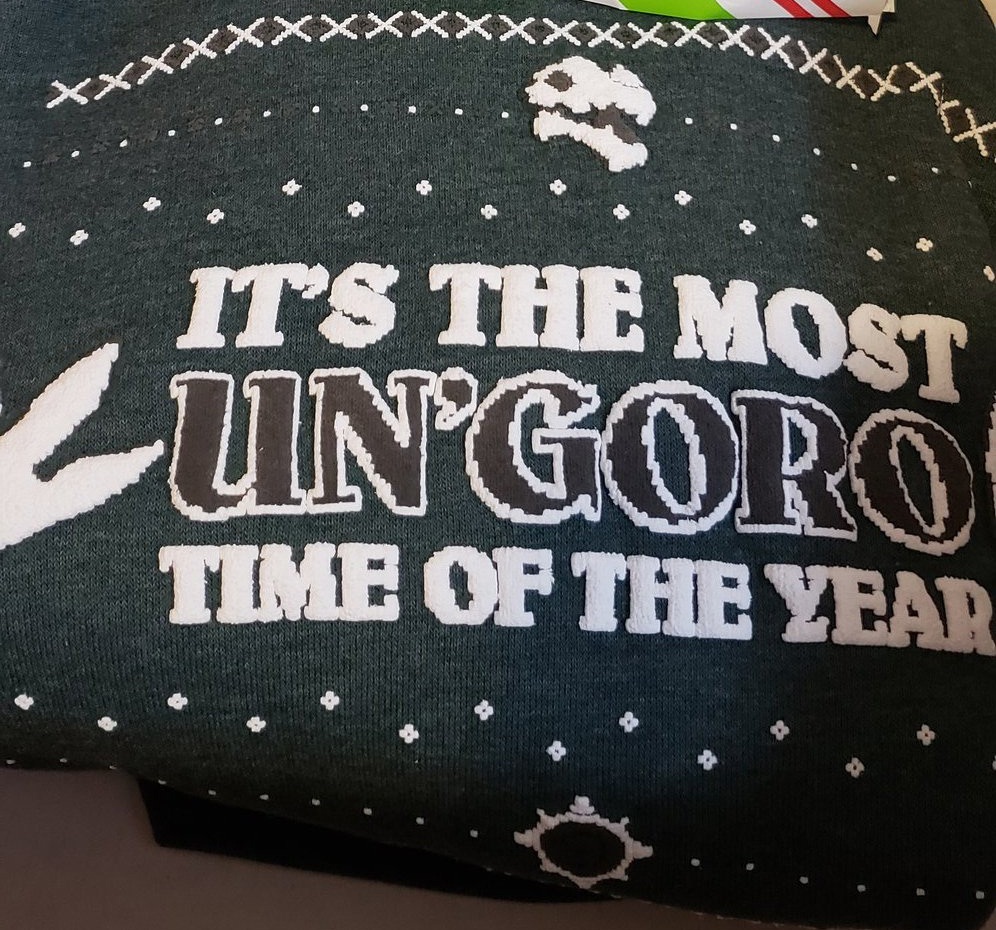 Thanks for the holiday sweater, Blizzard!

Journey to Un'Goro was without a doubt one of my favourite expansions this game has created. Going on down to southern Kalimdor to play with dinosaurs and elementals sounded like a ton of fun and even more so when you include legendary spells.

I loved Two Turn Kill Mage. Open the Waygate was such a mind-blowing card and experience that I don't think we'll see again in Hearthstone due the issues of having two similar cards in Wild. Also, fellow Mage players, there were so many fun times with Primordial Glyph, like when you'd glyph into glyph into glyph and have your waygate sitting at a healthy level of completion.

Quests overall were amazing though and just being able to theme decks so well, let's ignore how insane the power level of some of them were, was such a cool way to approach deck building. I hope we'll see something similar in the future, maybe Elise the Trailblazer can make a comeback with a different pack and adventure.

Ever since I was a young boy, the humble turtle spoke to me. Their hard outer shell but soft underbelly; their powerful jaws used most often for munching on a good piece of lettuce; their ability to only do things slightly faster than the typical Blizzard balance patch. It really resonated with me.

So when Blizzard decided to grace our screens with the Tortollans, I was overjoyed. We'd already had everybody's favourite golden card Oasis Snapjaw since the game began, and had been given the gift of Tuskarr Jouster's happy steed in TGT, but now we were inundated with tens of testudines at once. A late birthday present all for me.

Not only did we get some fansnapstic representation, we also got some great cards out of it too. Rising and falling in the meta, Spiritsinger Umbra is the friend of Deathrattle decks across the board, while Stonehill Defender has been a consistent presence for many a deck - Taunt Warrior, Control Warlock, various Mage and Paladin decks. Tortollan Shellraiser made her presence known in Quest Priest, and who could forget Spikeridged Steed?

But if you're talking the true all-star stand-outs from Un'Goro, none can compare to the one and only Tortollan Primalist. He was never particularly meta defining, but by Yogg was he fun when he worked. I mean, who can say no to a turtle that brings a free Flamestrike? 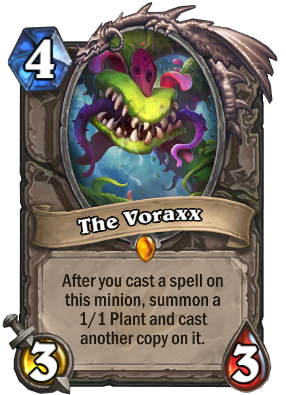 Un’Goro was one of the most fun expansions I ever got to play through. The larger than ever dinosaurs and other crater creatures felt absolutely amazing to own and play, and the deck warping Quests brought some of the most fun and unique decks anyone could imagine. The expansion also introduced one of my favorite legendaries of all time, The Voraxx.

What drew me to this carnivorous plant was the fact that Pally had gotten many new and unique spells to play on their minions for their quest. The fact that you could play Adaptation on Voraxx and adapt the mini plants separately opened up a lot of different ways to try to take a board, and a turn 10 combo of playing the plant with Spikeridged Steed and getting double the value was extremely satisfying.

Its a shame that it never became a viable card, but it was definitely one of the most fun to use. In fact I still use it, since support for buffing Paladin minions seemingly never stops.

Other fun for me cards included Awaken the Makers with their larger than life effect created by Amara, and The Marsh Queen with its mighty Queen Carnassa charging in with her seemingly endless brood.

But what would Un’Goro be without its greatest hits? Cards like the infamous The Caverns Below, former arena menace Vicious Fledgling, crazily valuable Primordial Glyph that always seemed to find the right answer, Rogue champ Vilespine Slayer, and so many other awesome and impactful cards that we still see now.

It’ll be a shame when it rotates, its been a wild ride with Elise and co. down in Un’Goro crater.

Chimera - Control Of The Meta

Taunt warrior was an archetype i wanted to be a thing, and tried to make work often since The Grand Tournament and the release of Bolster. A couple sets later we saw what I considered the heaviest in terms of taunt.

We got so many good cards to support taunt warrior and Fire Plume's Heart was the key build-around. We now had Ornery Direhorn, Stonehill Defender, Tar Creeper, and Primordial Drake from this set alone which i would argue were the best taunt minions you could play in the deck, as much as I loved Alley Armorsmith. Honorable mention to Cornered Sentry, Nesting Roc, and Tar Lord as additional taunt options.

With support from The Curator and Bloodhoof Brave we had a meta-defining deck archetype right off the bat. Sulfuras is one hell of a quest reward and the journey to acquire it was a often quite slow and frustrating for many. You can fit so many lethals in this bad boy. The hero power, DIE, INSECT!, is the beginning of the end for the match if you don't have many minions on the board to obscure the RNG.

I haven't played with or against this quest in a long time since although it is still in standard for a few more months. It actually makes me want to go and build a deck for this quest with some new cards from Rastakhan's Rumble just for fun. Do you think this would be something that has any viability in the current meta? I certainly don't know as I haven't played much outside of arena recently, but it could be a thing I want to do. Sad to see these cards moving to wild next year, but perhaps that just means I may play more wild? Should be an interesting rotation, no doubt.