With Rastakhan's Rumble arriving last week we've had a fair amount of time to see how things would shape up. Here's our initial must crafts for the expansion!

There are notes within Tier 1 that these decks and cards could be short lived as being useful due to the upcoming April 2019 set rotation. This is the case for any card that is doing well right now that belongs to the Year of the Raven sets (Witchwood, Boomsday, Rastakhan's Rumble). Just remember, at its core Hearthstone is about having fun! 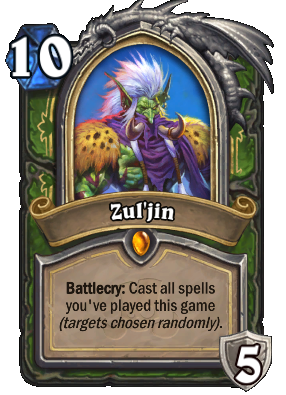 Without a doubt Zul'jin has been tearing up a storm. Almost half our voters in our initial expansion card preview polls thought he would define the meta and it looks like that was indeed the case, however unfortunate some many find that. Spell Hunter got a huge buff with his arrival and with winrates across the ladder of over 55%, you're not going to be happy encountering him so join team Hunter.

The only real question is will Spell Hunter have a place after Rastakhan's Rumble? Kobolds was a set that defined some of Spell Hunter's value.

Oondasta is a slightly different story. He is currently seeing play in both Hunter and Druid decks to great success, though that time could be limited to only the next few months before the yearly rotation. Many cards played alongside Oondasta such as Hadronox, The Lich King, Tyrantus, and Kathrena Winterwisp aren't going to be here for much longer. The raw power of this card give it a top tier spot though!

There's even a cool looking Warrior deck experimenting with the card. If you are crafting it for other reasons (Hunter and Druid) it's worth giving it a shot there too! 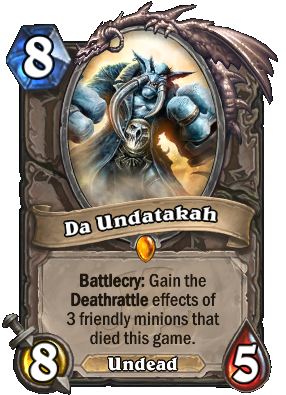 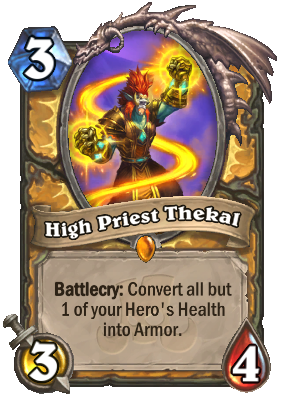 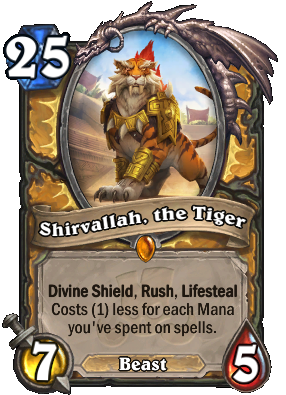 Da Undatakah was another one of those cards the community thought was going to be strong and ... ended up being right! Synergy in multiple classes with good success rates makes this one of the better legendaries to own this expansion - thanks value! He also has a cool golden animation so if you're into really spending dust, that's always an option.

High Priest Thekal and Shirvallah, the Tiger go together so well that they also belong in the same tier of greatness. That's not to say they can't be used standalone, but this definitely is a case where a Loa's champion likes to stay by their side at times. Expect to be casting lots of spells, controlling boards, doing plenty of healing, and overall just winning.

This may be cheaper but it also has similar success. 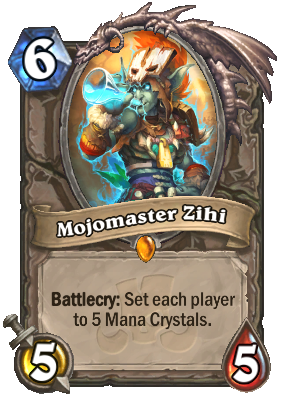 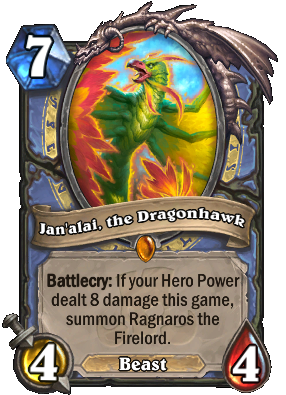 Jan'alai, the Dragonhawk has proven to be a very strong card and even if it was harder to getting the effect down, bringing Ragnaros the Firelord back to standard should be worthy enough for inclusion in this tier. You're going to find Jan'alai in Odd Mage thanks to the heroic efforts of Baku the Mooneater but we're also seeing it played in Big Mage.

Mojomaster Zihi has been seen some strong play in even themed decks and is played mainly as a tech choice when you find many combo or ramp style decks. Bringing the pace of the game back down in the late game while not harming yourself is the entire goal of the card and damn can it be frustrating to have played against you. Winrates in the decks featured below are above 50%, though it is definitely going to come down to what types of decks you're seeing where you're at on the ladder to know if Mojomaster is right for you.

What About Non-Rastakhan Legendary Cards?

If you're looking for some solid crafts that still prove useful, these are for you!

Looking to see how we rate other legendaries in the set? Check out our Legendary Tier List & Crafting Guide over on the forums. We'll be updating it throughout the expansion, you can also find it in our site navigation under the cards category.