Bingo returns for The Boomsday Project! As usual, we'll have main page updates, all the new cards in our deckbuilder for theorycrafting, updates on our Twitter and Facebook accounts, and of course, polls to give your initial insights into the new cards through the next couple of weeks.

Updates here will be made once a day. We're assuming Ben Brode is still laughing somewhere, so he remains our free square. 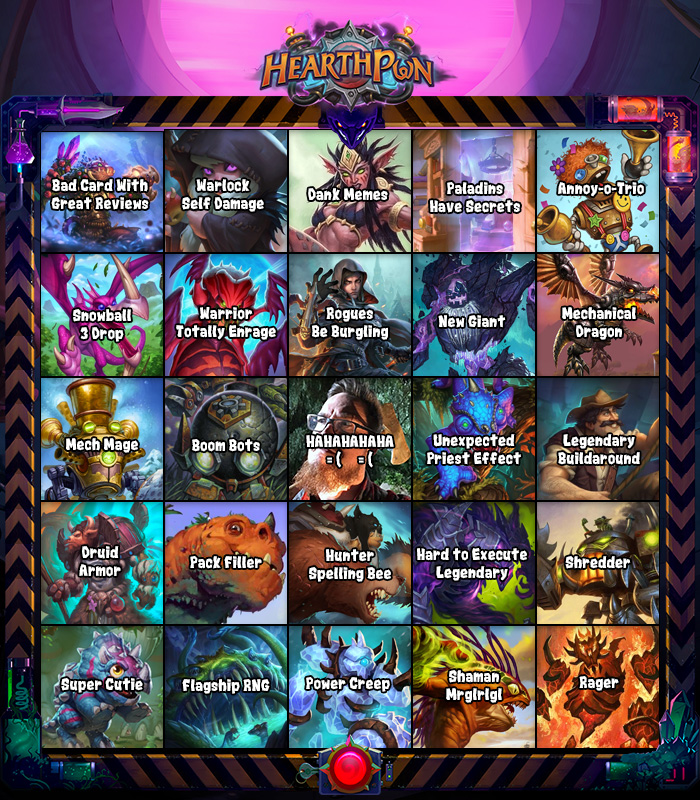 This is where we'll have the card with the crossed off spaces. 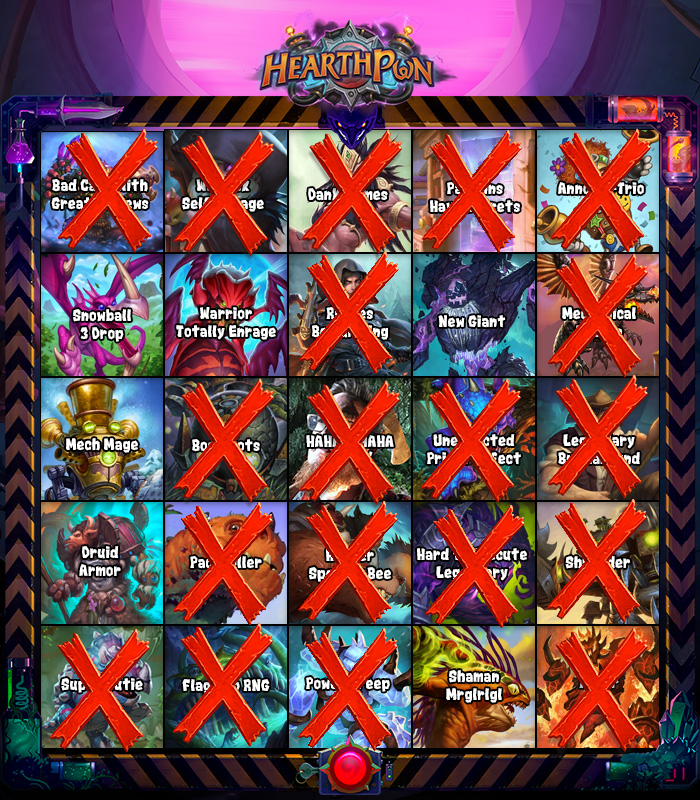