The August Season card back was temporarily posted on Facebook. It is called Icecrown. 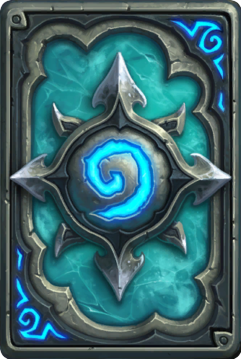 Wild cards are appearing! More will be appearing at 10 AM PDT and the final batch of cards will be hitting at 11 AM PDT. Naxxramas is coming! 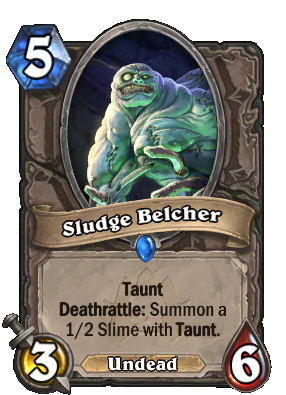 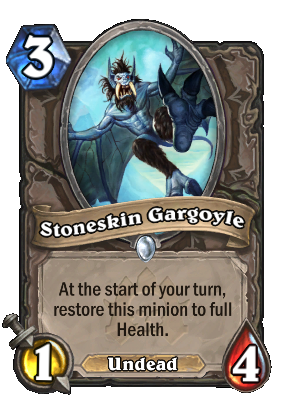 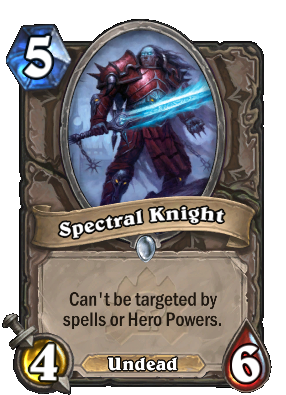 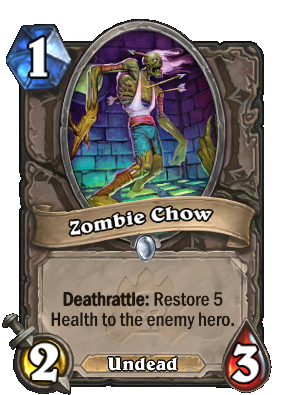 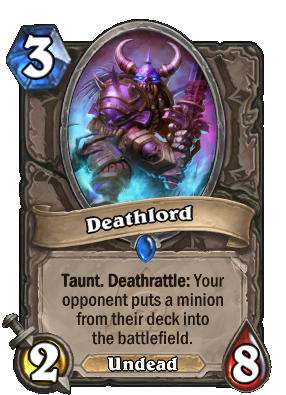 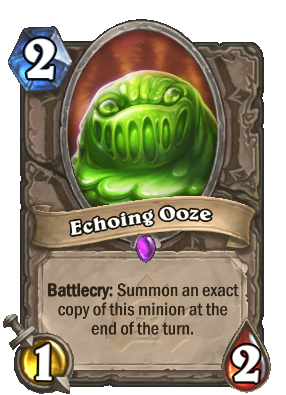 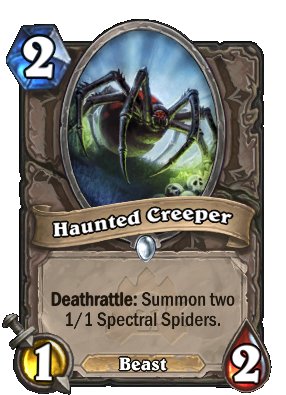 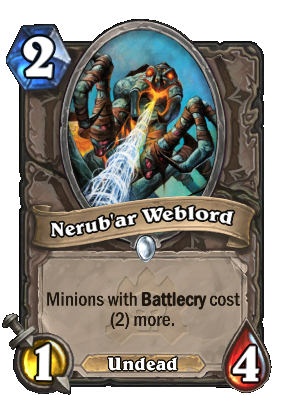 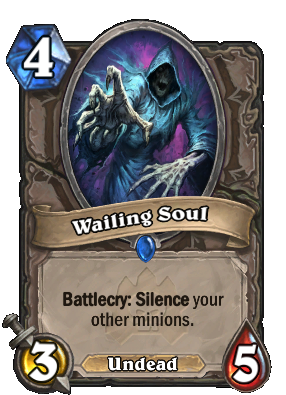 You can use all the new cards in our deckbuilder to start playing around with new deck ideas! Share them over on the deckbuilding or class forums!

Does the Stoneskin Gargoyle count as a heal for the northshire cleric? I'd assume so, but just checking.
Yes. - Ben Brode (Source)

I'm wondering if buffing the ooze will summon another buffed one every turn. Given it's ability is a battle cry, that might mean it's locked in to just summoning a 1/2, or maybe not.
It will copy the Ooze as it is at the end of turn. - Aratil (Source)

If echo-ooze is panda'd and replayed, do you get an additional ooze? Or does the battlecry "state" go away with the first ooze?
It goes away. - Ben Brode (Source)

Does the Mad Scientist pull the actual card (i.e. deck thinning), or just a copy? Can you get duplicates? If not, I assume if all Secrets you have are in play, the BC does nothing?
Mad Scientist pulls the actual card from the deck. If you already have a copy of that Secret in play, he will not pull a duplicate copy of that Secret - he will pull a different Secret you have in your deck. If you have all Secrets in your deck in play, he will not trigger. - Zeriyah (Source)

Ben does the Mad Scientist create a "secret" copy, or does it take an actual card from the deck? 4 Ice blocks?
Mad Scientist moves the secret, so you don't get extra copies. - Ben Brode (Source)

If the only Secret left in your deck is a copy of one you already have active, will Mad Scientist draw nothing at all?
Correct. - Ben Brode (Source)

Question on Kel'Thuzad, if you reincarnate a minion, will Kel'Thuzad still bring the original back to life? Even if casted on Kel?
Yes. - Ben Brode (Source)

Does Kel'Thuzad's ability trigger after each player's turn or only who played him? I assume the former based on the wording.
Each turn - Ben Brode (Source)

The Spectral Spiders summoned by the Haunted Creeper are not Beasts. - Ben Brode (Source)

In order to summon a golden Thaddius, will we need both golden Stalagg and Feugen? =p
Only the second one must be golden. - Ben Brode (Source)

If I'm reading right, Feugen and Stalagg could be from different players. Just have to both die and the owner of 2nd gets Thaddius?
Yes. - Ben Brode (Source)