Five minions of Hearthstone are receiving type changes and one art change!

In our ongoing quest to make Hearthstone more consistent and intuitive, we always pay close attention to what our players are saying about the game. In an upcoming update, we’re taking some steps toward improving consistency by making some small tweaks to certain minion types, based on your feedback.

Some minions in Hearthstone are categorized into Types, like Demons, Beasts, or Elementals. We’re going to be making changes to a few cards to make their Type match what you’d expect based on their art, fantasy, and where they fit in with Warcraft lore.

The following changes will be included in the next major Hearthstone update: 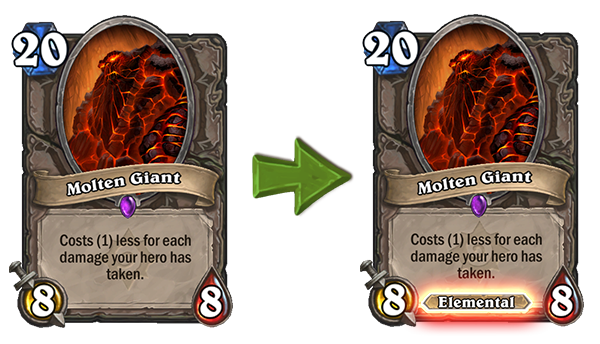 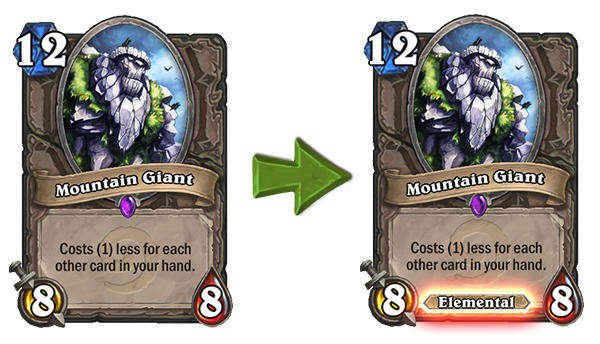 Both Molten Giant and Mountain Giant will be reclassified as Elementals. This adds some additional options in Elemental-type decks, but also makes more sense from a visual standpoint—these lumbering towers of magma and stone are the epitome of Elementals. 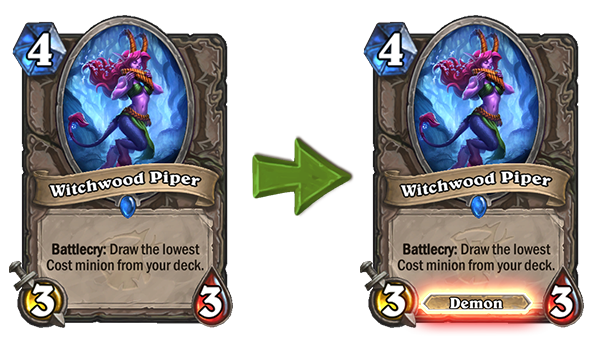 Witchwood Piper will be considered a Demon. This satyr minion is rather demonic in nature, which is in keeping with Warcraft canon, and so it makes sense to acknowledge that in Hearthstone. This is the first* time we have introduced a satyr to Hearthstone, so we want to associate them with their proper minion classification. 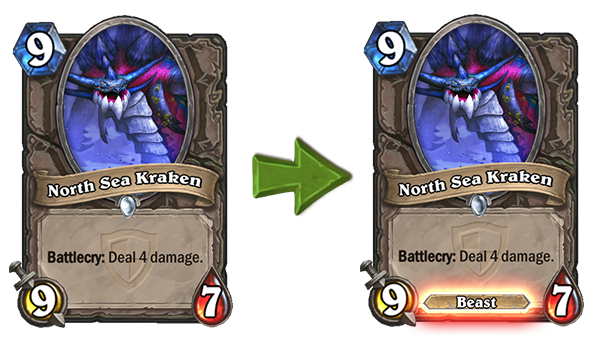 In line with the fantasy of a giant, boat-smashing terror of the deep, North Sea Kraken will become a Beast. Just don’t call it calamari. 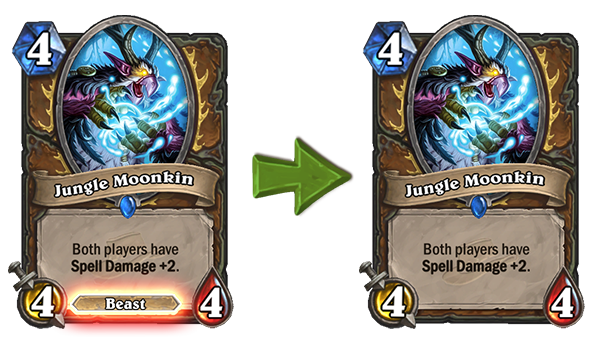 While visually very Beast-like, Moonkin are in fact intelligent humanoids. We currently have two collectible Moonkin in Hearthstone—Darkmire Moonkin and Jungle Moonkin—and one was a Beast and the other wasn’t. We agree with the overall community feedback that Moonkin should not be Beasts, so, for consistency’s sake, Moonkin will no longer be classified as Beasts. 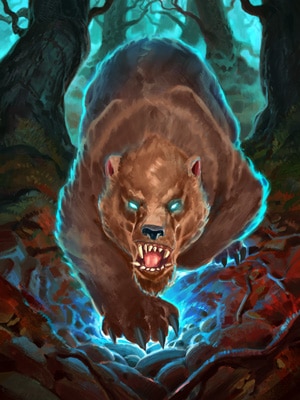 We also discussed how to address spectral beast cards like Witchwood Grizzly and Arfus. Are they Beasts or not? For Witchwood Grizzly, we liked the gameplay interactions that it had with Witching Hour and Kathrena Winterwisp. We decided to update its art to make it look like a beast instead of a ghost. Arfus meanwhile, is seeing a lot of play because he is being Discovered by Deathstalker Rexxar, which is really fun, so we're leaving him as is for now.

As a follow up to our recent explanations regarding our refund policy, we would also like to clarify that minor consistency changes—such as name changes, templating updates, art updates, or Type changes that do not significantly affect the power level of a card—will not offer a full Arcane Dust refund.

In this case, since power levels remain essentially unchanged, we will not offer a full Arcane Dust refund.

If you’ve noticed any other minions that seem like they should be a different Type, let us know in the comments, or on Facebook and Twitter.

Play Bombz.io online for free! Battle with your friends in an arena of 100 players for control of the boss crown!