Iksar on Naga Sea Witch: "We’ve Been Discussing a Variety of Changes"

This one, this one is a long one! It turns out when you think the developers are being too quiet on an issue, all it takes is to spend $21.17 of your hard-earned cash on reddit ads to get them to come out and talk about things, which is exactly what /u/JamieFTW did.

Now, please don't take that too literally, we're mainly speaking here in jest, but there definitely is a lot of quiet-time from the Hearthstone developers and whether or not that's appropriate, we've got some news to share on Hearthstone game balance today. Nothing is concrete right now, but here's what Iksar has been talking about this Sunday.

The following cards have been discussed as being "potentially un-fun".
Dean notes that not all of them would be changed if changes are made. 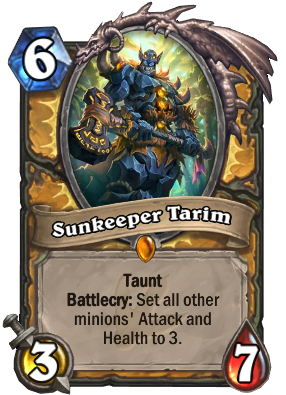 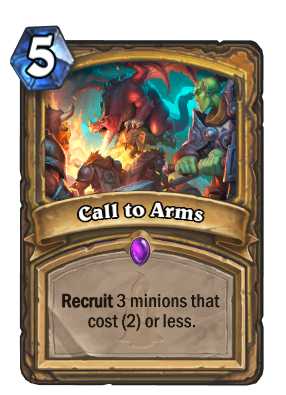 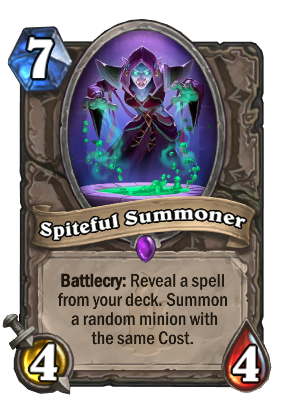 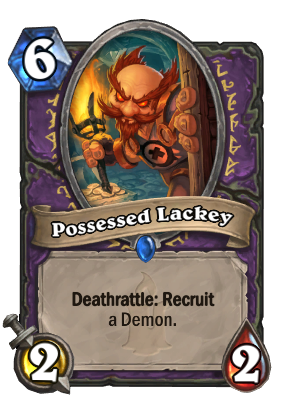 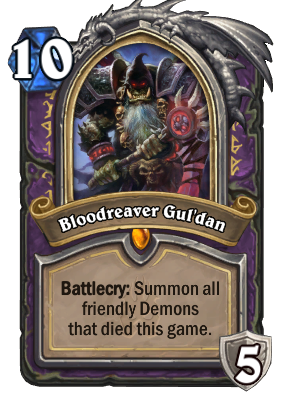 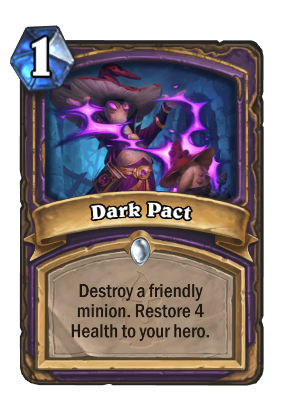 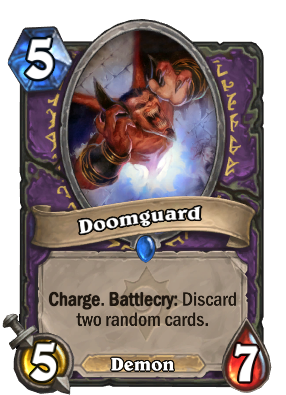 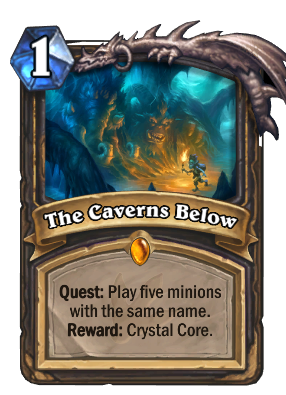 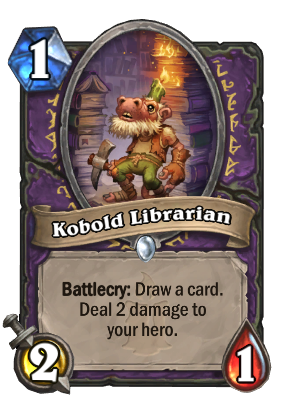 For NSW it's one of those strategies that is pretty cool to see once in awhile but when it's a core part of the meta it gets really un-fun to play against. Just like anything else, it takes some time to evaluate whether or not it's going to be a flavor of the week....

Or more long-term. At this point it feels like it's going to be a higher than we would like population unless a change happens, so we've been discussing how best to go forward with that if it becomes necessary.

As far as standard goes, every day we are playing on the ladder and evaluating player data. Every expansion we prep balance changes for high population or unfun community decks/cards, but I think it's still too early to make an informed enough decision on a balance patch. (Source)

This was a tweet reply to someone asking, but I'll try to give more context here.

When we say we’re evaluating and playtesting every day, it’s actually happening. Not every time we speak on reddit or twitter (almost never, actually) is going to be an announcement of some grand change we’ve made. What we can do is be open about what our current thoughts are and the kinds of things we’ve been thinking about changing. When a decision does get made, community and dev will work together on drafting an official message, localization will translate that message into many different languages, then we’ll simultaneously release that message to every region.

So, what have we been thinking about? For NSW, I think the original tweet was taken out of context, but that’s probably my fault for splitting the message up. What I intended to say is that it takes time to understand whether a strategy is a flavor of the week, but in the case of NSW decks, that time has passed. We’ve been discussing a variety of changes for either just the cost or design. We haven’t 100% landed on one yet, but will continue this discussion when we do.

For Standard, what we generally do is look at all the high population, high win-rate, or potentially unfun cards and discuss changes to them so we’re ready when the time comes. We would not change all of these cards, but these are the cards we’ve discussed. Sunkeeper, Call to Arms, Baku Paladin Hero Power, Spiteful, Lackey, Gul’dan, Dark Pact, Librarian, Quest Rogue, and Doomguard. Again, we wouldn’t change every single one of those, but in the spirit of being open about what card changes we’ve been discussing/playtesting, those are it. I know a lot of you want to know the exact timeline for when a decision will be made, but reddit/twitter isn’t going to be the place where that is discussed, at least from individual developers. We'll continue having these discussions at work this week and the next time you hear more about a potential balance/design patch will likely be from an official channel. (Source)

This is the kind of thing I'm still feeling out. Whether people would rather hear what we're thinking about doing, or would rather hear nothing until there is a solid decision with a timeline in place. Both are pretty reasonable, but if any discussion without a decision/timetable is a 'nothing' response then all posts are going to be 'nothing' responses. I tend to think just having the discussion is better, knowing there will be people that are upset the decision they want isn't being made right then and there. (Source)

Don't forget Barnes as well. Can compete with Naga for the most hated card of wild.

We talked about Barnes for awhile but ultimately removed it from the list of cards we were considering changing, at least for the time being. Most Wild decks have some way to deal with Barnes, and he creates some interesting archetypes that are fun for people to play. I would agree it can be frustrating to lose to a T4 Barnes, but in the end we have to weigh all the positives and negatives of a card and make a judgment call. For now, we think there are enough answers out there for Barnes strategies that it doesn't warrant making a change. (Source)

My great frustration is that paladin and warlock (as the two greatest offenders) are largely the same decks they were before the rotation. How did these cards make it through the K&K nerf pass and Hall of Fame move?

We knew they were risks going in. Rather than do a balance patch on launch when so much was changing we opted to wait and see how the first few weeks went. I think the biggest unexpected deck for me personally was even-paladin. It performed so well that it drove the population of paladin up and warped the meta in such a way that cubelock was a really strong deck to play even if there were enough metagame counters for it. I actually think the dynamic of even/odd paladin is different enough that it's cool to see even if a lot of the cards in the decks are the same as pre-rotation, it's just that the cube population gets a lot higher because of it and the meta starts to feel similar to pre-witchwood. These are all the things you have to learn over the first few weeks in order to make a good decision on how to move forward. (Source)

If you did end up changing baku paladin's hero power would said change also apply to justicar trueheart since they both use the same upgraded hero powers?

Probably both. We haven't discussed that with all the people that would need to have an opinion, but currently I think both is the direction we'd lean if we felt odd paladin was becoming oppressive to other decks. Lately popularity seems to have shifted to Murloc and Even Paladin decks, though. (Source)

that's such a lazy approach. nobody has ever complained about justicar's paladin hero power

Yeah, we're aware of that. It's mostly a question of how important is it to keep Baku and Justicar's hero powers consistent vs how important it is to keep Justicar's hero power exactly the same. Neither strike me as a 'we MUST do this' but we still have to make a decision. Also, I should repeat that we were discussing hypothetical changes to the hero power if we end up needing to address odd-paladin, not ones we're actually doing. If you have an opinion on what we should do, that is the whole intention of discussing it publicly. (Source)

Obviously balance should be the major concern if the hero power is changed but please keep in mind that the upgraded Paladin hero power is one of the most flavourful around so if you do change it, try to find a way to preserve that unique class feel to it.

The most obvious one (at least to me) is to make the minion a 2/2. I think some people would argue that's even better, but I think the minion swarm nature of the deck and how you can buff multiple targets is where most of the power lies. If odd paladin truly was a problem and that wasn't enough, we would probably make either the 2/2 minion not a silver hand recruit to get buffed by recruit cards, or change the 1/1 minions to new minions for the same reason. Those are the three changes we'd been considering if we needed to change it in some way. (Source)

When you say "Quest Rogue" you mean the Rogue quest card itself right? Just asking for clarity.

Probably the card itself, yes. Quest Rogue matchups are so polarizing that they can leave you feeling like the outcome of the match is decided before the game begins rather than what happened during the game. It's fine if Quest Rogue is a niche metagame counter for fatigue decks, but it become an issue if it becomes a metagame counter for a huge variety of control decks. I would say this is the most debated one internally, because it's unclear if we're actually facing a current of future 'meta of the quest rogue' problem. Part of the reason to list all the things we're discussing is to gauge what you are the most important issues to address, or if there is anything unlisted that you think is worth talking about. (Source)

I know that sometimes "stuff happens" with these kinds of things, but perhaps I could just put forth this question: If you guys didn't really want to see a control-stomper in the meta, why did you print Sonya after gutting quest rogue the first time around?

Well, like I said we think it's okay if it's a niche deck to play against extremely greedy archetypes. I also don't think the entire identity of Sonya is quest rogue. We knew the card would help quest rogue going in, but not to the degree that it would make the deck dominant. I think this has been true so far. (Source)

What changes should we expect for Hunter cards? I think we all remember undertaker and agree it's far past time Hunter gets nerfed into the ground. I think Deathstalker Rexxar should cost 9 Mana, for instance, and it's hero power should cost 4.

We don't currently have any changes in testing or planned for current Hunter cards. People are playing Spell-hunter, Mid-Range Hunter, and Odd-Hunter on ladder right now and they all feel like they are in a good place to us. (Source)

They must have access to hundreds of thousands of match results. How can 5hey not have a precisely clear picture of the meta game breakdown?

We do have access to all the data, but the meta-game shifts pretty drastically every couple of days. The missing piece from data is whether something is fun to play with and against, how much different it feels from previous metas, and where the meta will eventually stabilize. (Source)