Well, it’s about time. We finally have a new Druid hero. As many of you know, Druid was the very last class to receive any alternate heroes (with some heroes getting more than one, even) so this feels like a long time coming. Now that she has arrived and is available in-game, let’s a look at the newest hero to Hearthstone: Lunara!

Lunara arrived in Hearthstone with the start of the Year of the Raven. Like Maeiv Shadowsong (who you can read about more here), she is unlocked by completing a special quest. Players must win 10 games in Standard play (casual or ranked) and are then rewarded with Lunara.

Like other alternate heroes, Lunara comes with a new portrait, new voice lines, and a unique animation when using her hero power. 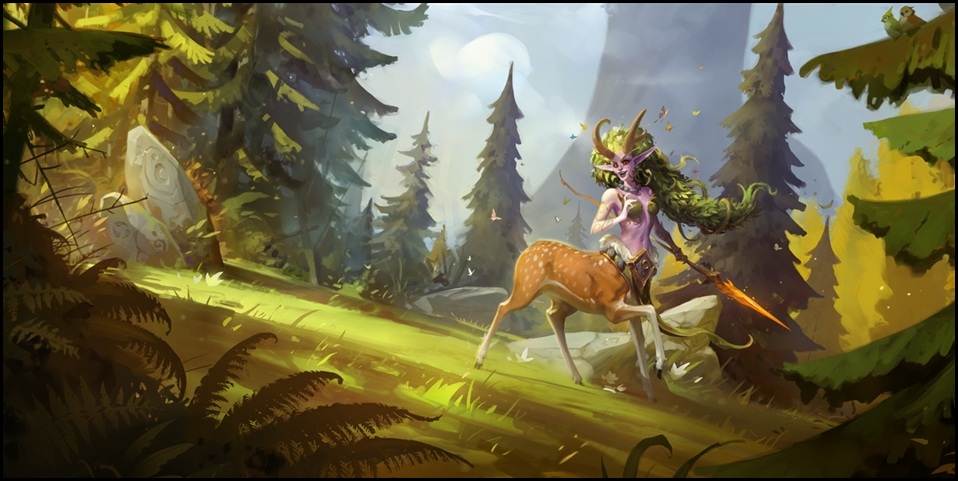 Lunara is a dryad and the first-born daughter of Cenarius. For those of you unfamiliar with Cenarius outside of Hearthstone, he is a pretty important guy in the Warcraft universe. His parents are the goddess Elune and the wise ancient guardian, Malorne. Cenarius is worshiped by the Night Elves and is the patron of all druids. Yep, Lunara has some pretty powerful beings in her family tree, doesn’t she?

Like her sisters, the dryads, she is dedicated to protecting nature and the wilderness. That is where their similarities end, however. Her sisters favor peace and serenity and Lunara (taking after her father) is a fierce defender of all that they hold dear and is not afraid to use the spear she carries.

Unusual Beginnings - Heroes of the Storm

Unlike most of the heroes in Hearthstone, Lunara doesn’t have a deep background in the lore of the Warcraft universe. That’s because she made her first appearance not in World of Warcraft, but in Blizzard's Hero Brawler, Heroes of the Storm, where she is classified as a ranged assassin. She was later introduced into World of Warcraft with the Legion expansion where she could be found within Val'sharah's Dreamgrove, a link between Azeroth and The Emerald Dream. Now, this fresh Druid has arrived into the final Warcraft lore-infused Blizzard title, Hearthstone. 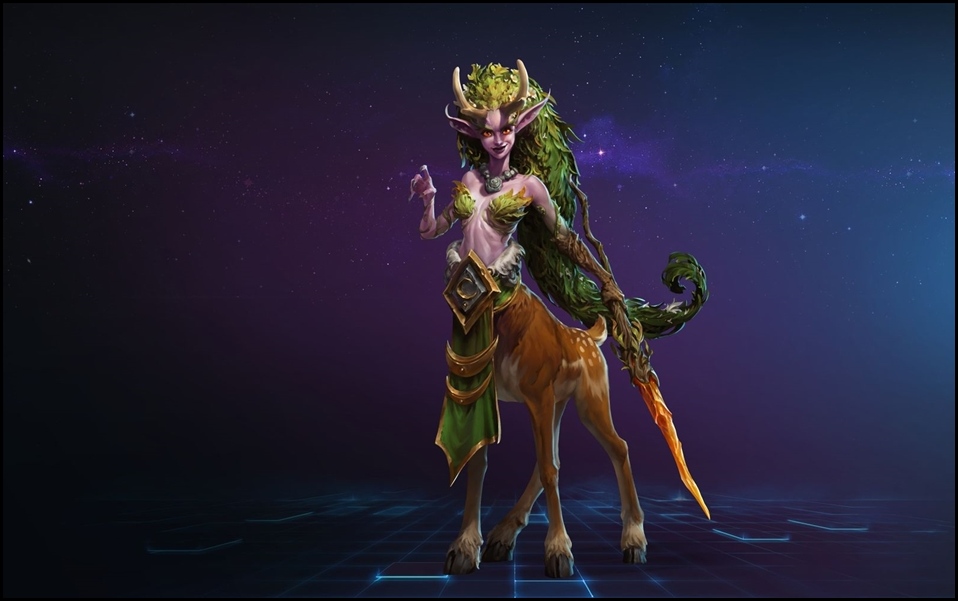 No doubt Lunara will have roles to play in future World of Warcraft expansions, but for now, thanks to her Heroes of the Storm origins, her lore page is still a little bare.

But that might be changing soon. Blizzard recently announced that they are making a narrative push in Heroes of the Storm, with plans to build out the lore of the game as well as how it relates to the rest of the Blizzard video game universes.

So far, we know that characters from all of Blizzard’s universes (including a lot of faces familiar to us Hearthstone players) were pulled out of their worlds into the Nexus, where Heroes of the Storm takes place. The Nexus is the center of a powerful cosmic storm that pulls these characters in from their universes and generally makes things weird. Alexxstraza fighting on the same battlefield as Kerrigan? Sylvanas and Hanzo? The Nexus makes these pairings possible in Heroes of the Storm, but until now how it happens or what effect it has on the rest of these characters universe has been unknown.

Heroes of the Storm has always taken a “just go with it” approach for why these characters from different properties are suddenly thrust together. With Blizzard's new lore push, we will finally learn a bit more about the Nexus. There's even potential for the various Blizzard characters who find themselves there, like Lunara, to become involved in stories far removed from their usual universes.

Although we don’t have a lot of background on Lunara yet, we do know that she is a ferocious warrior and will do anything she can to protect her sisters and the wild. Hopefully, we will get some more information about Lunara and her background with the new narrative push Blizzard is making in Heroes of the Storm. 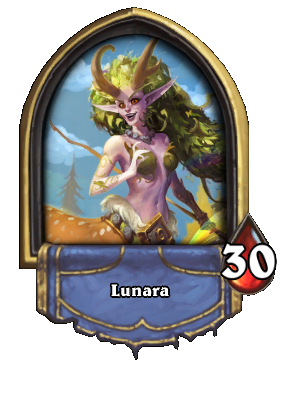 What do you guys think of her? Are you happy with Blizzard’s choice for the first alternate Druid hero? How do you guys feel about characters created in Heroes of the Storm and being put in Hearthstone and World of Warcraft after the fact? Let us know in the comments!

And if you just came here to lament they didn't choose Hamuul Runetotem instead of Lunara, feel free to make your sorrows known in the comments below, and keep your chin up! Mage and Paladin both have three heroes already, so there's always next time.