A new month has arrived and with that comes a new ranked season for Hearthstone! Reach rank 20 this season to obtain the Savage Sparkles card back. 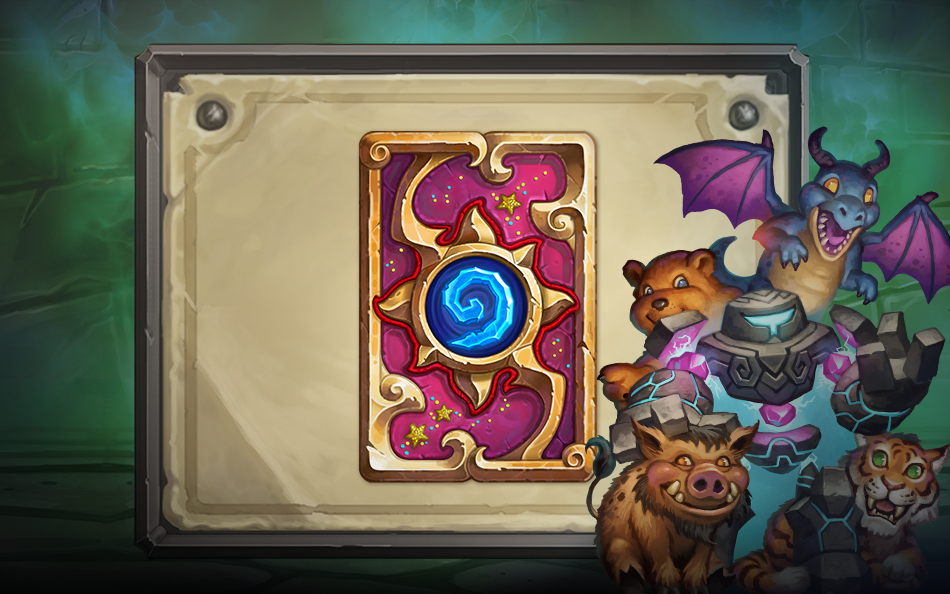 If you're intending to make the climb to Legend this season, join us on the forums to talk about your strategies in our Headed to Legend threads for both Standard and Wild!

The February 2018 Ranked Play Season is now live—and we’re unveiling a new card back you can add to your collection!

Black iron? Spikes? SKULLS? Bah! These are the accoutrements of the uncertain. The greatest warriors know that nothing exemplifies absolute fearlessness on the battlefield like a generous coat of glitter! Let your foes see you coming from miles away—dazzle them with an array of glimmering SPARKLES*—and they will knowthat a truly savage foe is upon them! Add the Sparkles card back to your collection by playing Hearthstone during the month of February—and get savage!

These card backs replace the art decorating the reverse side of your cards and are a great way to show off your Hearthstone accomplishments. Add the Sparkles card back to your collection by hitting Rank 20 in either Standard or Wild Ranked Play modes. You’ll receive the Sparkle card back at the end of February’s Ranked Play Season in your Ranked Play reward chest.

Show your opponents how spectacularly sparkly you can be in February’s Ranked Play Season, Savage Sparkles.