IGN's Cam Shea had a chance to talk with Mike Donais and Peter Whalen about how the Kobolds and Catacombs expansion has been progressing and what some cards looked like back during development.

Below is our recap of the interview's most important points. We've also got some interesting cards that didn't make it or were transformed into different cards. Note the Rogue weapons which were going to be a part of a special Dual-Wield mechanic - it wasn't fully fleshed out. 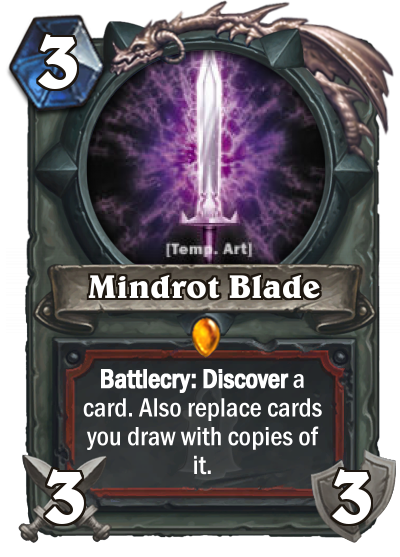 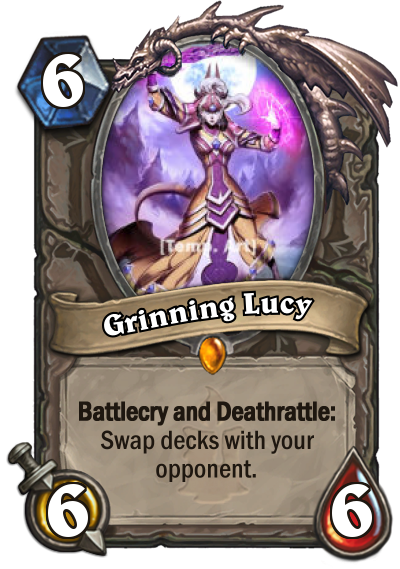 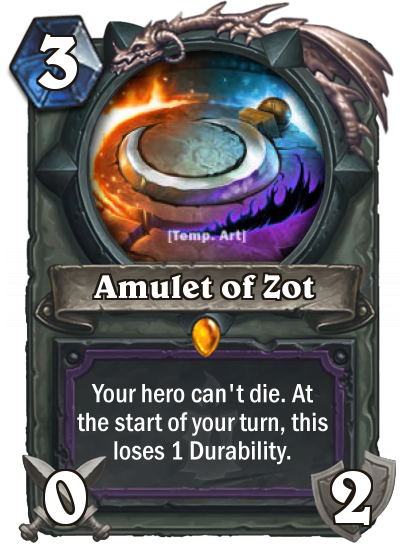 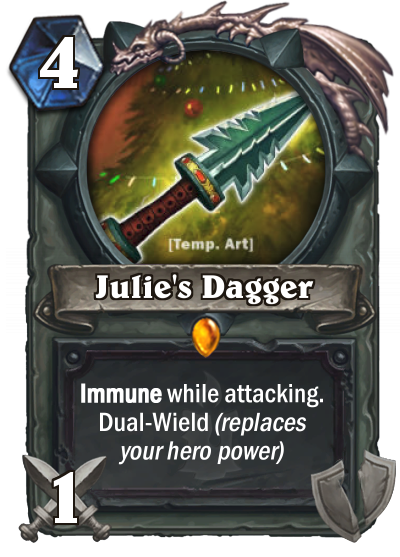 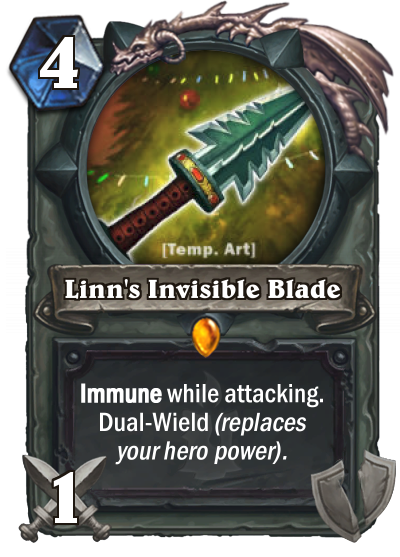 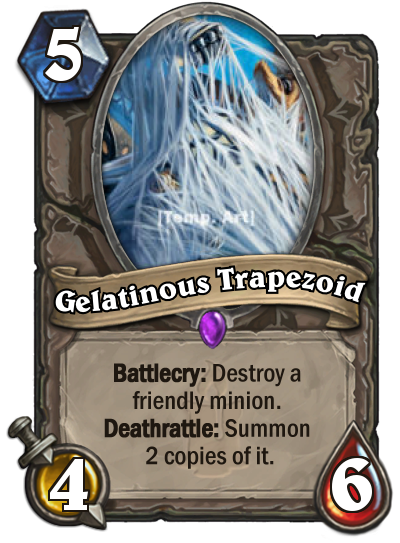 I think King Togwaggle evolved a bunch as time went on. It started off as just “Battlecry: swap decks with your opponent,” and it turns out we really couldn't do that. There were some very much feel bad moments, and so we fixed it: “Battlecry and Deathrattle: swap decks with your opponent,” but then somebody Shadowstepped him and didn't let the other guy kill him, so we couldn't do that either. That lasted exactly one game, and involved Hemet [Jungle Hunter] as well. It didn't survive past that.

Then we tried a number of different things in that direction of “while this guy is in play, you each draw from your opponent's deck.” That was pretty cool. There was some cool stuff in there. Then, we had this one: “Give your opponent a spell to swap back.” We tried a certain number of cards from each deck, so like swap five cards from your deck for five cards from their deck, or 10. We tried a couple of different things in that space. That was interesting. Meant if you didn't have any cards in your deck, it didn't help you at all. So, it wasn't a huge problem with people playing Hemet, blowing up their deck, and then playing this, which was a problem with some of the other designs.

So, that was one that we iterated on a bunch, and I think it ends up in a cool place where it tells this really cool story about King Togwaggle who steals stuff, but as long as you pay him enough mana, he'll give it back. It's cool.

Peter Whalen on Cards Without a Home

I think there are certainly cards that don't have a home yet. The Shaman Spellstone is very strong. I think the 2/2 in Warrior that gains a lot of armour is very powerful, just on its face value, but like a lot of things, it's very contextual. There are cards that are stronger in some meta games and weaker in other meta games. We see that with Y'shaarj, who saw very little play when Whispers of the Old Gods came out, and now sees a fair amount of play in a couple of different decks, and so I think there are definitely cards that, as the meta game shifts, we will definitely see things change.