Our Arena Highlights for Kobolds and Catacombs

For the past few weeks all of our Arena Moderators have been eagerly watching the reveals for Kobolds & Catacombs and rating each one according to how well we believe it will perform in the Arena environment.  Here are some of our thoughts on what to expect from your drafts and which cards we’re really looking forward to in the new expansion! 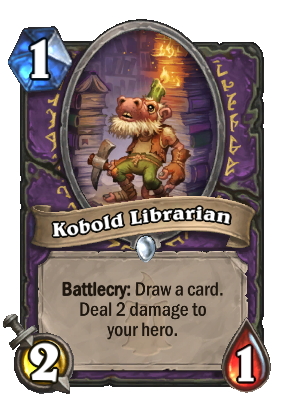 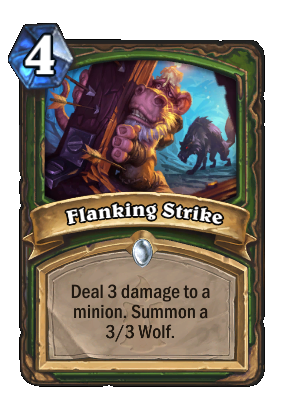 It’s no surprise that Commons make up a bulk of the playable cards for Arena, and out of those 49 cards we only found one terrible card (Silver Vanguard), but we unanimously agreed that you should be on the lookout for Kobold Librarian and Flanking Strike. 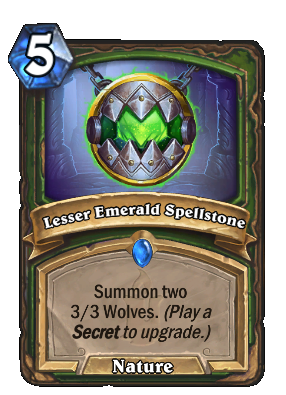 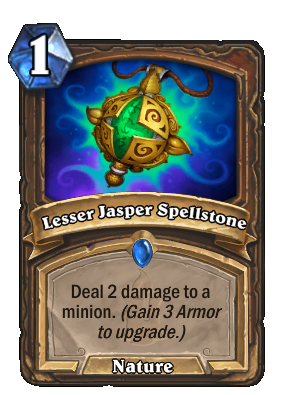 Rare cards really suffered this time around and had a high amount of poor or terrible rated cards with 50% of them getting negative ratings!  The new Spellstones for each class are hit or miss, but we felt that the Lesser Emerald Spellstone and Lesser Jasper Spellstone will stand above the rest. 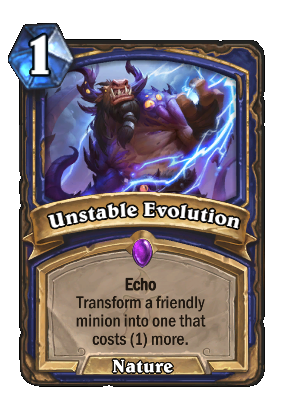 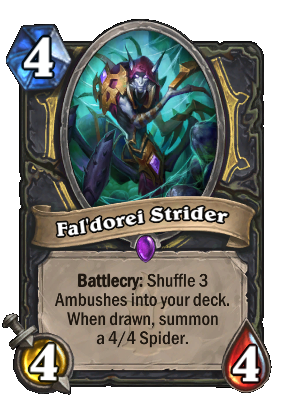 Epic cards from Kobolds & Catacombs were a mixed bag, but there were a couple of standouts that were quite powerful.  If you have an opportunity to draft either Unstable Evolution or Fal'dorei Strider you shouldn’t pass it up! 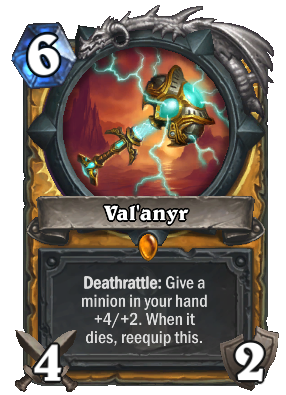 We had someone point out in the Arena Impact thread that there were a lot of bad Legendary cards and they couldn’t understand why.  It’s a great question, and the biggest reason for negative ratings revolves around how well it will perform, specifically in Arena.  Most Legendary cards, although powerful, don’t always fit in decks outside of a Constructed format.  With that said, we all agree that Val'anyr will be an absolute bomb if you can grab it.  On the flip side of that, while there were several terrible cards, we can pretty safely say that The Darkness is the absolute worst card you could draft for your Arena deck.

Neonangel had this to say about the card he is most looking forward to:
“Although we didn’t have a Bonemare in this expansion I am excited to get to play Hoarding Dragon.  I prefer it over its predecessor, Hungry Dragon, and I have no doubt it’s going to perform well for most classes.”

When talking about card impact boozor had this to say:
“The most impactful card will be Dragonslayer. It's presence as a Common with a set offering bonus will make people think twice about mid-range Dragons. It's a huge tempo card and its battlecry surely will result in a lot of salty moments!”

Caddage shared his thoughts on the new set:
“I fell in love with Carnivorous Cube the moment I saw it, and I think it's going to be a beast. I'm also looking forward to playing Warrior; even if I crash and burn, I'm going to try to make armor-synergy work.”

AbusingKel isn’t very hopeful about the state of the Shaman draft, commenting:
“As a Thrall main, I have to say that reviewing the Shaman cards has me a bit nervous. I'm really excited to try the few cards Thrall gets that I think will be incredible, but the totem synergy cards look like they'll be a massive anchor, effectively dragging Shaman arena farther down into the abyss.”

Sinti shared his excitement for the new set:
“The card I’m looking forward to most is Unidentified Elixir. What I expect from it is to be almost a Velen's Chosen with a 25% chance to be upgraded to a Seal of Champions. If a priest can slap this on his 2-drop ... GG.”

Only time will tell how these cards perform in actuality, but we hope you enjoyed our evaluations!  Do you agree with our assessments?  Did we get it all wrong?  What are your favorite or worst picks from the new set?  Share your thoughts with us below!

Be sure to also check out all out thoughts on this expansion's cards over in our Kobolds & Catacombs Arena Impact thread. You can find quick links to all the ratings or how each of our team members feel about the cards below.