Starting on October 1st and running through the 8th, Hearthstone players with China region accounts will be receiving free card packs to celebrate National Day, the anniversary of the People's Republic of China. Logging in each day and playing a game against an opponent will reward each player with 1 Frozen Throne Card Pack.

Author Edit: I think it's important that everyone remembers the Chinese version of Hearthstone is not managed by the same team that takes care of the global game. It isn't necessarily "our" Blizzard making these decisions and with the unique situation that China has, things will seem out of place to us in the Western world.

Why are we bothering to talk about this?

For one, everyone loves it when we get to see what's going on over in the east from Netease/Blizzard China. They do a lot of special stuff that we don't get over here in the other Hearthstone regions (like the Chinese stats app) so we can use these events as a way to give our feedback to the development team to show them what we'd like to see.

Blizzard, don't give us free card packs for anything, we definitely do not want that at all - ever.

It also brings us back to Ben Brode's statement earlier in the year, "Keeping Hearthstone Spicy is Important", which said we'd be getting more special events in the game, kicking off with Free Card Day. Since then, we've seen the Midsummer Fire Festival, the Frost Festival, and the recent Pirates Day. Understandably, it takes time for larger events to be created so we haven't seen too many of them, but at least they've been true to their word! I do believe events could be coming out an even better pace though with more minor events taking place. 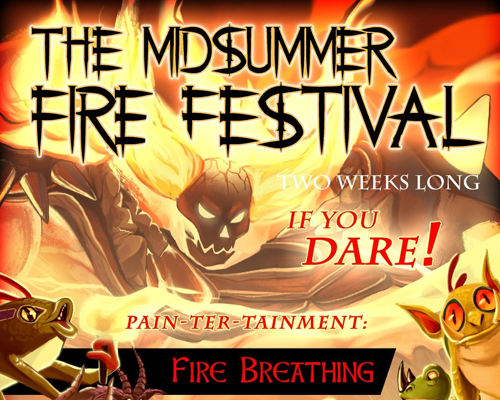 This was cool. Do more of this.

When you compare Hearthstone to Blizzard's World of Warcraft, there's a ton of stuff that Hearthstone could eventually have that would be good for the game. If you aren't familiar with the game, these are the types of events WoW has.

Keep these three things in mind while you read on.

Giving out a free card pack for a trivial event is something very easily done and a great gesture towards the community. If you look back to early August, you will remember that Wild Packs returned to the shop through the Battle.net website. Since we're encouraging players to get into this mode more than ever before, why don't we celebrate the anniversary of every Hearthstone's expansion release?

Here's the upcoming set release dates for those who need a refresh.

If things end up getting too messy due to how clustered all the set releases are, one could easily dedicate a week every 4 months to give out some packs for the sets that launched in that area of time and run a special brawl which only allowed usage of cards from those sets - probably through pre-built decks due to players potentially not having cards from older sets.

Tavern Brawls, let's talk about that. But first, since we're here due to celebrating the start of something (China's National Day), it's worth noting that it would be nice next year to see something on Hearthstone's (release) Birthday (March 11) instead of silence.

Much like WoW, we are lucky enough to have weekly events which get players logging in and having fun, though does it really have to be just as repetitive?

I sincerely hope this is a happy little accident and not a target they're aiming to hit. It would be really nice to see more brand new brawls that can get people excited about and not the repeats which seemingly only exist for players to comment on HearthPwn, reddit, or other community places of gathering to talk trash about it being another repeat. Slightly changing a brawl doesn't count for the record!

It would be interesting to see an updated graph showing how many brawls are played every week, something which was last shown at BlizzCon 2015, to see proof all these repeats are worth it. Has engagement dropped off at all for the gamemode or are more and more players constantly taking part in it? What about repeat brawls? What if you remove those that only play until they get their first card pack? 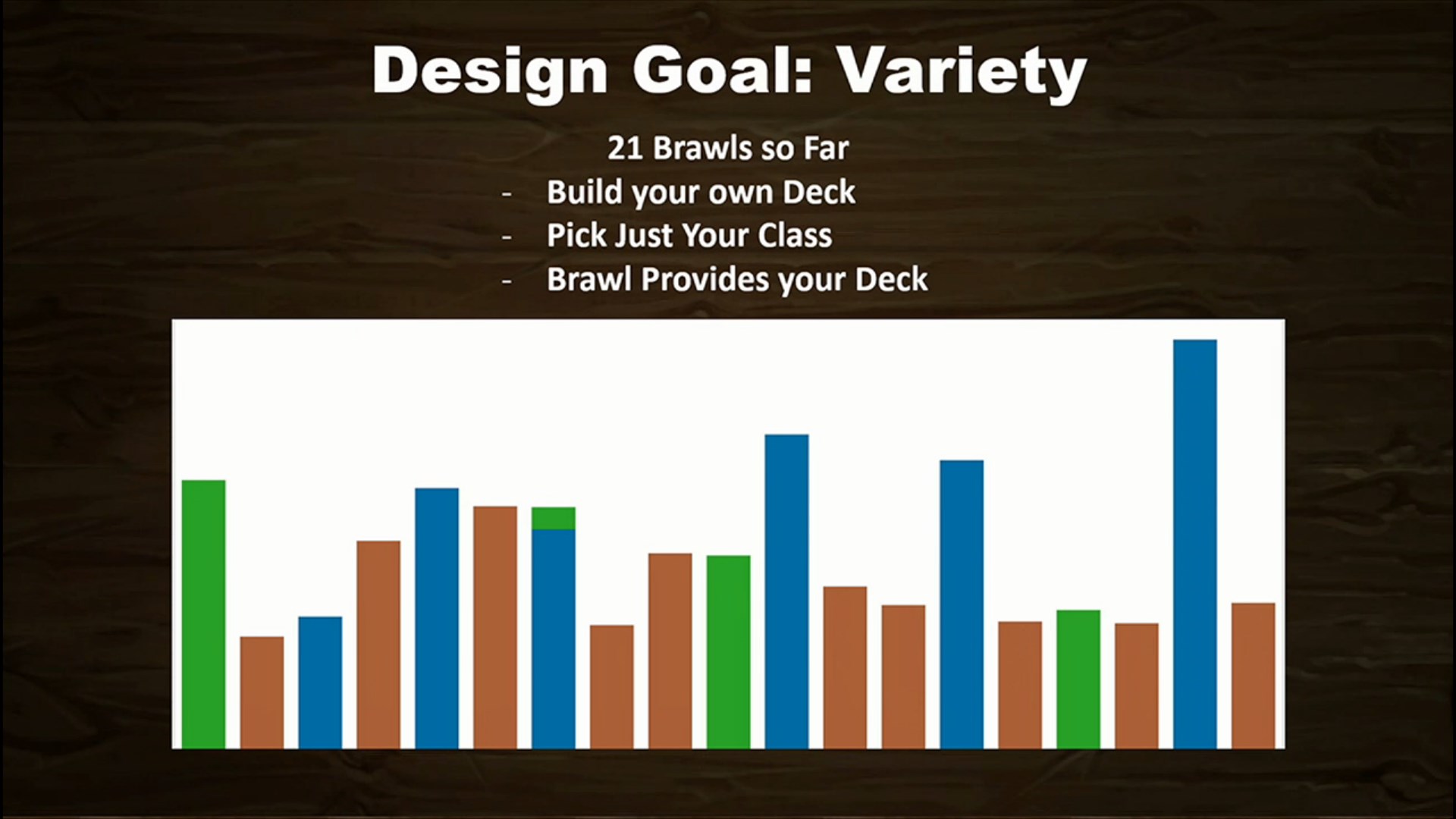 Don't take variety out of context. They just meant having content between expacs.

It would be even more interesting to see how Heroic Brawls come into the spotlight. I know for a fact site moderation goes up on weeks where Heroic Brawls take place due to anger about not having something that is easily participated in. Why do we switch from an inclusive design of the Brawl button on certain weeks? Exclusivity drastically changes what one expects when they hit up that game mode.

It would be amazing if Brawls and Heroic Brawls could co-exist on weeks where we have the heroic option. It would allow us to see more of them which only adds to the competitive content available to players.

This is one of those big areas where Hearthstone needs to play catch-up on. We don't need to completely copy the World of Warcraft holiday structure, and I encourage Team Five to not, but there are several real world events that could be celebrated with something special.

So far, we've seen three real world holidays really celebrated within Hearthstone and for two of them, there is much to be desired.

It strikes me as odd that we haven't seen any other holidays celebrated yet, though the addition of Midsummer was huge for the game. Hopefully they can sneak in something for Halloween or an update to Winter Veil to add to the pool.

I'd personally like to see something along the lines of Easter which could put us on a client-wide hunt for small goodies, and Oktoberfest (Brewfest) which would work perfectly with the Inn theme and could bring out some really fun brawl ideas for each of our heroes and steins to throw at our opponent's through emotes.

Hearthstone has finally begun to grow up and add fresh content to the game outside of expansions, but there is definitely a ton of room for improvement and communication from Blizzard.

My words don't matter a ton though, what matters most is what everyone else thinks. Thanks for the read!

What event content do you want to see added to the game and how would it work?

Want to work with other fans of Hearthstone? Curse has several open position for talented, passionate gamers. Employees receive catered lunches, an annual gaming budget, a generous vacation policy, and awesome healthcare. Plus, we all play Hearthstone as much as you. Our current open positions include: