Patch 9.1 is now available for download through the Battle.net desktop app and will soon be available on mobile. Details on the patch can be found below.

The following five cards have received changes. You can learn more about why they've been changed here.

The Fireside Brawl, Tag Team, has received an update to its playable decks.

One new chalkboard has been added. 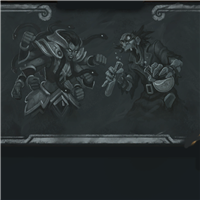 In this Hearthstone update we are making balance changes to several cards.

Please read the Upcoming Balance Changes – Update 9.1 on the official Hearthstone site for full details regarding the reasons and philosophy behind these changes.

This patch is now live on desktop. It will become available on mobile devices in the coming hours.