Dean "Iksar" Ayala has been busy responding to the Arena community on reddit to address the hot topic of class balancing and their new micro adjustments. Check out our recap, and the full text below. If you really care about arena, please read the full text from him - it's great stuff!

Thanks Dean! Readers, don't forget that free arena runs are going to soon be upon us! 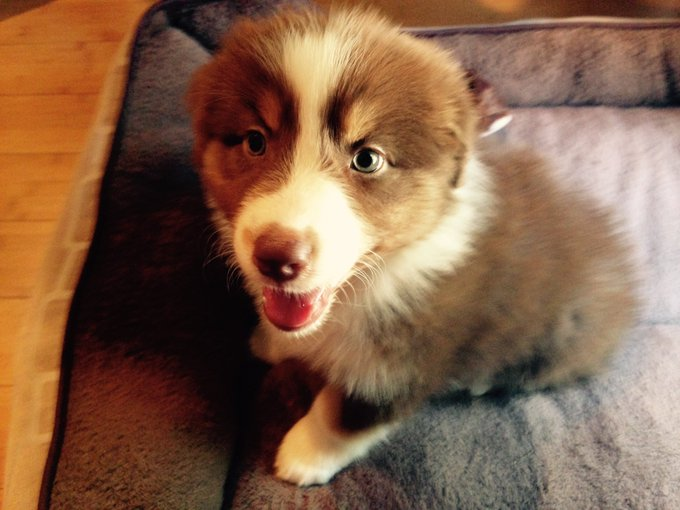 > Everything they've changed about arena has been the result of the community telling them month after month that X card is a problem or should flat out not be in the arena.

And the result of that is them doing dumb shit like nerfing Abyssal Enforcer and destroying Warlock for no reason. Popular outcry is not a good way to balance a game.

I think it's unlikely we'll make changes like this going forward now that we have reasonable tools power to make slight adjustments to a wide variety of cards. The goal of reducing the rate at which some cards appear by large numbers is less to make arena balanced and more to make a small subgroup of people happier than they were before at close to zero cost to the the audience that is unaware of the changes. Ideally we would like to get to zero cards that have large adjustments or are completely removed and rely entirely on micro adjustments. Anything that has an impact on gameplay decision making or drafting we want to be transparent about going forward. Also, a couple people pointed out that faceless summoner wasn't on the list and that the classic/basic neutral 50% decrease was also unlisted. Was an oversight on my part, thanks for pointing it out. The rest should be correct, and I'll talk with community on where the best place would be to get a permanent location of these rules up that we can update.  (Source)

TBH I'm a little confused by this. Since no individual player is going to notice the changes (either in any one run, or in the aggregate over 100 runs), who is the subgroup that is being made happier? The game developers? :)

In any event, micro changes make sense to me, whatever the reasons.

I was referring to the large rate changes of Flamestrike, Abyssal, and Flappy. People notice when the notes go up, but I agree even large changes like that to individual cards are very noticeable. I do agree with some people when they say the impact is rather small, but I think it does make some amount of positive impact for very little trade off. (Source)

On a related note with that list of 'banned' cards. Have you considered re-introducing them now that you're working on tweaking individual cards rates.

Totally reasonable and something we considered. We want to see what the impact is of the micro adjustments we made before adding more variables to the mix. My expectation is that these changes will not completely solve arena balance, but when we are at a place we're comfortable with I think it would be a good idea to reintroduce cool cards like Snipe that have interesting gameplay. (Source)

People still think this but its not true. The way Hearthstone is built they cannot just continue applying small tweaks that we experience whithout a patch. Acording to IksarHS the big ammount of small tweaks will be live with the upcoming patch. I think that was I read on his latests comments.

Can you check if weapons/spells are really +175%? HA seems to have it at +75%, the numbers doesn't seem right.

Also, could you say how exactly the arena leaderboard averages are calculated? And how are players sorted when tied? I've tracked my own runs and they come out nothing like the official averages, and I know popular streamers also find a discrepancy.

They show up 175% more than most neutral commons. The example Heartharena uses notes the difference between a class minion and a class spell being 75%, which is correct.

As for the second question, we look at all the players who played 30 or more runs then take their best 30 consecutive runs as their 'average'. Previously, we had some issues with the time we pulled down the data in various regions (12am pst all regions) but those issues should be resolved now and we should now get the data at 12am for your respective region. (Source)

According to Shadybunny, an Arena streamer, this is incorrect. His first 30 runs averaged out to 7.97 on EU, and then he played a few more runs to bring it up to 8.00 on his best 30, but his EU average is only showing 7.97. Additionally, it seems that the average winrate on the leaderboard has uniformally dropped (for example, in April/May the winrate at 100 in NA was about 7, but in June it was 6.8, a massive dropoff for no reason). Is there any chance that there was a mistake with collecting the data and that it was only collected for the first 30 runs?

I see. I'll double check with the people collecting and distributing the data. I still wonder if those 'few more runs' happened on the last day in the final 6-9 hours, which could be the result of the time zone issue I mentioned. In any case, thanks for the extra info. (Source)

I think this is excellent for arena moving forward. This is pure speculation, but I find it very unlikely that they are manually changing card rates. I think it is far more likely that rates are changing based on pick/win % of each individual card. If I'm right about this it's really interesting.

There is a lot of math/data involved in choosing the correct cards and rates to adjust by but a human still monitors those values and runs automation tests to make sure each of the classes still has a reasonable distribution of cards to make them feel like Druid still feels like Druid, Mage still feels like Mage, etc. That said, I still like to call this task 'machines balance arena' internally because it sounds cool. (Source)

Slightly less cool than machines having free reign to balance arena, but good to know nonetheless! Do you guys have any long term goals for balancing arena this way?

Get to a place where very engaged arena players can see a pick between three classes and choose one based on what they feel like playing rather than an obligation to play one based on power level.

Keep the adjustments small enough that they don't impact a players gameplay or decision making. It isn't a disaster in the opposite circumstance, but we would prefer the correct way to play arena not involve having a long list of rules next to your keyboard as you pick cards.

Make sure the card pool stays diverse enough that each class maintains a unique identity. (Source)

He explicitly states that they're moving to a new means of balancing the arena that doesn't involve the power level of cards in expansions, but does involve making "hopefully" "small" changes to availability, but (suggested) on a very, very widespread basis.

One thing he hasn't considered is that the perception of class balance has more impact than the actual class balance. If the balance is opaque and hidden, confirmation bias and uncertainty and many other cognitive forces will lead the "agenda setters", streamers and etc, to stick with initial class balance perceptions based on bad data.

To say that perception of class balance is not considered isn't exactly accurate. Perception of balance is important in constructed as well, but has a particularly interesting effect on data in arena because of our matchmaking system. Actual win rate data from constructed tends to inform player behavior more than it does in arena. If Evolve Shaman is actually strong, data will reflect that and the behavior of people monitoring that data will adjust. In arena, if Mage is perceived to be strong by players monitoring data, that perception actually leads to Mage having a higher win rate because players that monitor data are usually on the higher end of play skill. I often discuss this topic because I think it is interesting, but it is more a reality we have to work around rather than a problem to solve. This is all just to say that we do consider balance perception when making decisions.

In terms of assessing class power level I would argue that the data from places like Heartharena has always been there. Determining what classes have a higher win rate than others has been less a fun puzzle to solve and more a web page with a correct answer. When a new set comes out with a 2X bonus to those cards we are unlikely to make adjustments straight away to address class balance and I think that will be a great time for invested players to form opinions on the cards of the latest set and determine what classes stand to benefit most. (Source)

Too much free stuff. Or we are getting a new little brother or Blizzard hit our dog.

Yes I like that dog very much. This is my dog when she was a wee pup, her name is misha. Most of the time I call her huffer though. (Source)

We specifically rig the game so you consistently lose, HeroicHeist. That's it though. Well, also Kripp when I want a good laugh. (Source)