It’s not his fault… Someone keeps stealing his soap!

Our card reveal for Mean Streets of Gadgetzan is the dirtiest, blingest, smartest, and unfortunately shortest Kobold in Gadgetzan. Don't let his short stature fool you though, he packs a powerful, gem-filled punch. 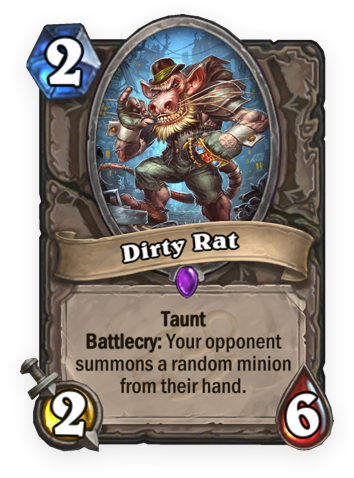 Discuss on the Forums

Who are the Grimy Goons?

The Grimy Goons are weapon smugglers and tough-guy enforcers of Gadgetzan. These classes are known for their smuggling cards which feature in-hand card buffing mechanics. You gotta keep your goons equipped with the right gear to keep them enforcing their turf on the Mean Streets!

Hunters, Paladins, and Warriors are associated with the Grimy Goons. These are the three Grimy Goons Tri-Class cards! 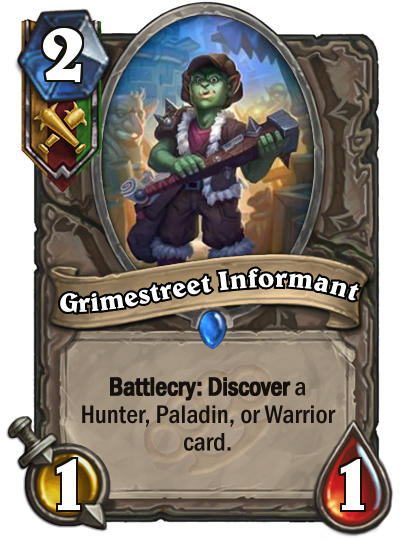 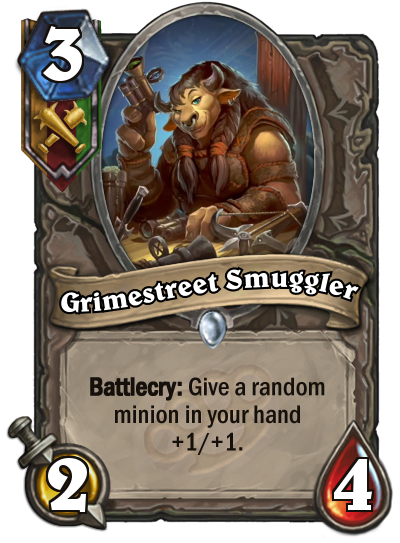 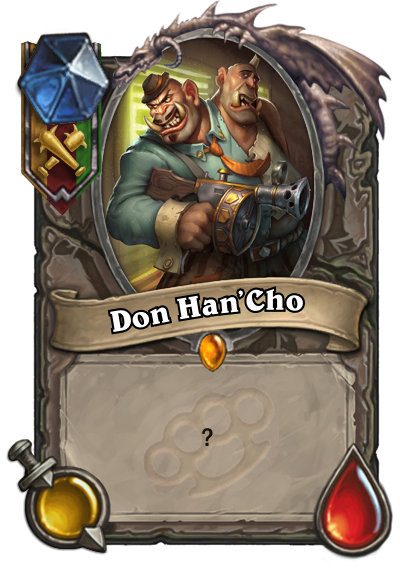 The Kabal is Going Down!

Dirty Rat is a part of the Grimy Goons and they aren't too happy with The Kabal. 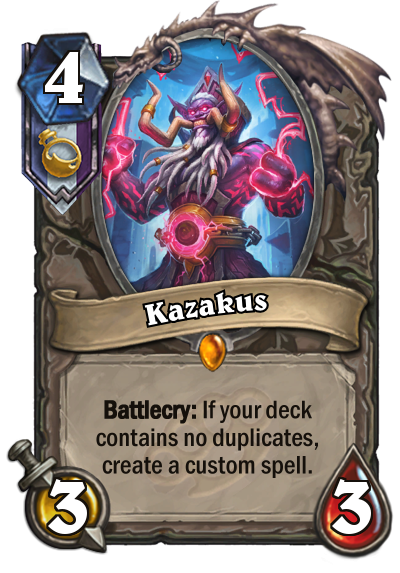 We've talked with some members of the community to get their thoughts on Dirty Rat!

Noxious One of the coolest 'Tech' cards in the game, functions as a disruption tool vs. Combo plays (i.e: Malygos, Emperor Thaurissan, Alexstrasza, etc.) as well as a decent Taunt minion vs. Aggro decks who empty their hand quickly.

Muzzy The first comparison that come's to people's minds when they see this card is the Deathlord comparison. Deathlord was a very good card, because it allowed for fatigue archetype's to be created and it summoned the minion as a Deathrattle. Dirty Rat is far from a Deathlord, because it is a Battlecry, which means after you play it, your opponent has the initiative with whatever minion they get, which doesn't even make it strong vs aggro because they have the initiative.

Very bad card, however, for weapon classes there is the consideration of playing it and then killing what pops out like in Control Warrior.

Garrett Deathlord's cousin's former college roommate. Big stats for a 2-drop. I'd be mad interested to see how it performs in Arena except it's Epic rarity gem makes it an unlikely find.

Ben Brode Chris Metzen came up with the name/flavor for this card. One of the last things we collaborated on before he retired. We miss you, Metzen!

Want to see all the currently revealed cards and learn more about the expansion? Visit our dedicated guide!