The expansion has been revealed and the stream is now over. Check out all the details we know so far below!

New cards! The following cards will be available in the next expansion. 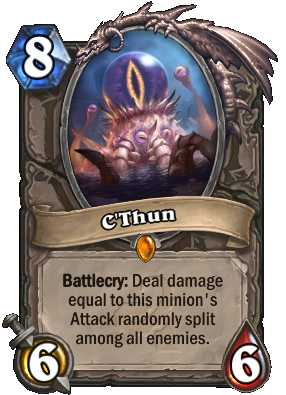 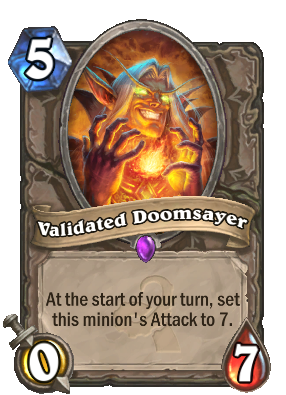 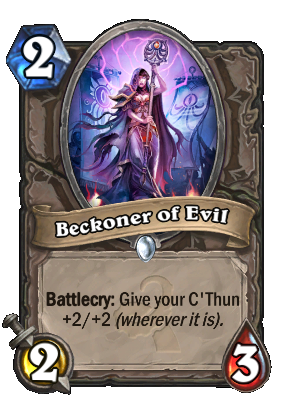 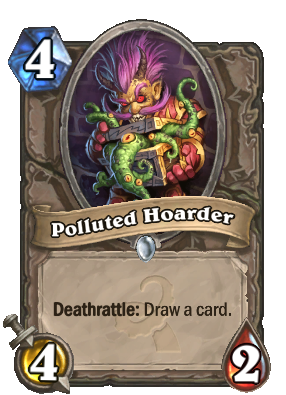 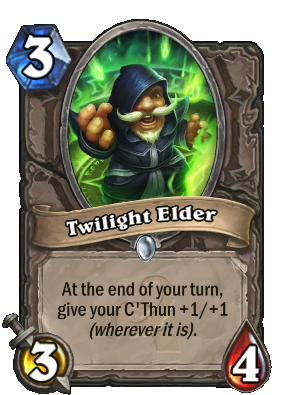 Pre-order 50 of the new card packs and you'll get a cool card back.

IGN had a chance to sit down Mike Donais and Peter Whalen to talk about Whispers of the Old Gods.

Quote from Blizzard
Ancient evils have woken from their ageless slumber! Beware their tentacled grasp as they spread mayhem amongst mortals in Hearthstone’s third expansion: Whispers of the Old Gods!

Whispers in the Darkness
Legend has it, the Old Gods’ voices are dread whispers that no mere mortal can hope to resist. It is said that for millennia uncounted the massive Old Gods lay dreaming in ageless sleep deep beneath the surface of Azeroth. Maybe noisy taverns full of laughter, shouts of triumph, and clanking tankards are like a snooze alarm you can’t turn off, and this whole Old-Gods-waking-up thing is entirely our fault!

Whatever the cause, those nameless* tentacled terrors are finally rousing from their naps, and with their waking insidious corruption is seeping up from the stygian depths! Still, there’s no need to fear (mostly!). Civilization is safe (for now!). They haven’t come for the utter domination of all life on Azeroth (probably!).
Now that they’re awake (and they’ve had a chance to stretch their various appendages, rub the sleep out of their many, many eyes, and have a healthy breakfast), the Old Gods have decided to put their malignant might into mortal hands. . .  in the form of disgustingly potent Hearthstone cards! 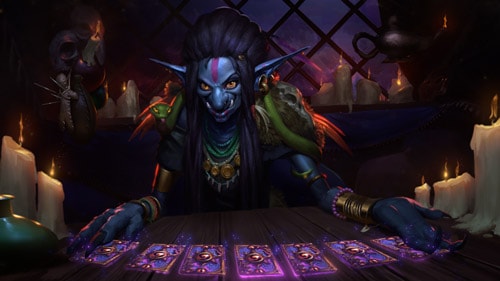 The DOOM That Came to Decklists
Whispers of the Old Gods promises great power, and when cosmic entities from beyond space promise stuff, they definitely deliver: 134 noisome new cards will be available to add to your collection.

These are no ordinary cards! Steeped in the insidious influence of the Old Gods, unknown terrors will give your decks new and bizarre forms. You may even recognize some old friends that have succumbed to the seductive promise of Ancient Cosmic Power**!

The Old Gods
Four Legendary Old Gods cards will arrive with Whispers of the Old Gods, and they’re horribly eager to lend their eldritch might to your collection. C’Thun, Yogg-Saron, Y’Shaarj, and N’Zoth all stand (sit? squirm? writhe?) ready to unleash indescribable power upon your opponents.

C’Thun is especially tickled to lend you its aid: a Legendary C’Thun card and two Beckoner of Evil cards lie waiting to add the unutterable awesomeness of the Old Gods to your collection. Just open your first Old Gods card pack to collect these questionable new allies.

The Call of C’Thun
Of course, no ancient unknowable evil is complete without a dedicated host of capable cultists. C’Thun’s followers have been fanatically preparing the world for the Old God’s awakening, and when each cultist is played, they grant C’Thun a dose of additional power—whether the Old God is lurking in your deck, your hand, or on the field.

The Coming Pre-Purchase
Starting March 14, you’ll be able to pre-purchase a 50-pack bundle of Whispers of the Old Gods card packs for $49.99 prior to the Expansion’s official release. Your dedication will be rewarded with a terrifyingly terrific new card back as a pre-purchase bonus!

The Lurking Release
Whispers of the Old Gods will reach all mortal ears (and Windows ®, Mac®, iOS®, and Android® devices) by late April/early May, and card packs will be available through the in-game Shop for either gold or real money at the same price as previous, less-tentacled, Hearthstone card packs.

Whispers of the Old Gods cards will also spread their wickedness into the Arena on launch day, even if you haven’t yet braved adding them to your personal collection. 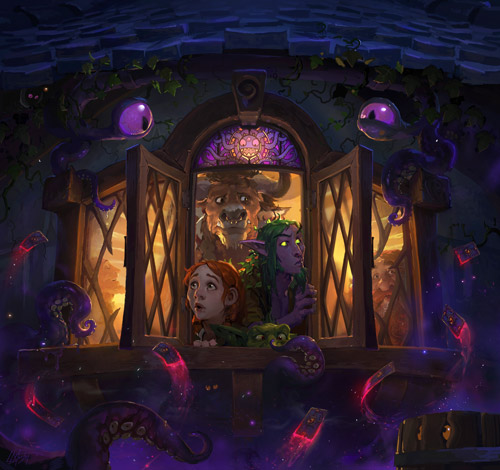 The Site from Beyond
Voyage to the official Whispers of the Old Gods site to delve deeper into this dark and twisted mystery! Return frequently and gaze upon new secrets of the Old Gods—including new cards—as they emerge from the shadows!

Be sure to visit www.oldgods.com on March 21 to be part of the effort to reveal more about Whispers of the Old Gods.

You’ll also find a gallery of revealed cards on the official Hearthstone Facebook page. And don’t neglect to give shout outs to the #OldGods on social media—the Old Gods love Twitter shout outs.

Crack open a forbidden grimoire, and put on your fanciest cultist robe: the coming of the Old Gods is at hand. Y'knath k'th'rygg k'yi mrr'ungha gr'mula!

** Ancient Cosmic Power™ may cause side-effects including: growth of additional limbs, eyeballs, tentacles, and pseudopods, horrific secretions that are not of this world, frequent cravings for sea food, an attraction to strange ruins, sudden contempt for “pitiful mortals”, an influx of appalling destructive power, and mild drowsiness. Use as directed.