A new background for Tavern Brawls was included in the last patch which showcases a few adventure bosses. If you saw the datamined patch notes, you'll remember that several new Brawl hero power cards were added into the mix of things for various adventure bosses.

Alongside these hero powers, an enchantment for "WhosTheBossNow" was added, which could mean your heroes change through the duration of a game, or the more likely option, your hero is randomized at the start of the game. This should lead to replay value to the adventure if each boss has their own set of decks.

The 12 boss hero powers can be found below alongside their associated adventure boss, and the new background image. 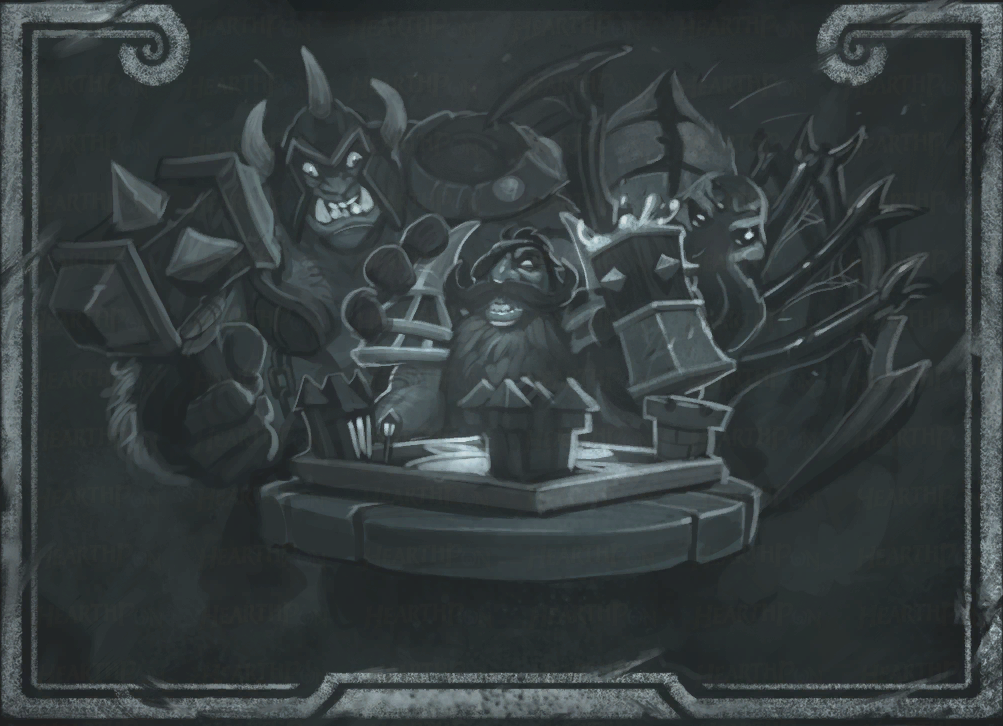 This week's card design competition is live and the theme for the week is Neutral Spells! Your designed card should keep in mind that it will be a collectible spell, and in theory, there would be many of these added to the game. There's a whole list of considerations we've got over in the submission thread, so read up before creating!

So what are you waiting for? Winners get bragging rights and a fancy avatar border, so go submit your entry today! If you'd like to discuss this week's entrys, you can do so as always in the discussion thread. Good luck!

On this week's episode of Value Town, ChanManV was joined by Reynad, Savjz, Noxious to discuss recent esports events, news from the community, tavern brawls, and talked about some great decks. Part 1 has been embedded below and part 2 can be found here.