The first boss of the Lower Citadel you'll encounter is Lord Marrowgar, the Gatekeeper.

This fight will require that you kill Lord Marrowgar in one swift hit to the face due to his Hero Power, Skeletal Reconstruction, fully healing himself at the end of his turn. To accomplish this, we're going to need a One Turn Kill style deck which will require some setup, or a way to steal some of his overpowered cards.

One fun and easy way to deal with this is the old-school Divine Spirit + Inner Fire combo on top of a stolen Bone Spike. You don't even need to get it crazy high, just doubling its health once (to 16) is enough since at the start of your turn you'll hit Marrowgar for 15 automatically followed by 16 for the kill.

Watch Out for These Cards 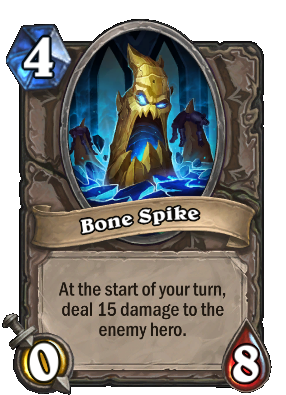 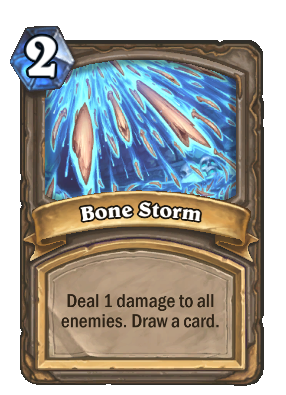 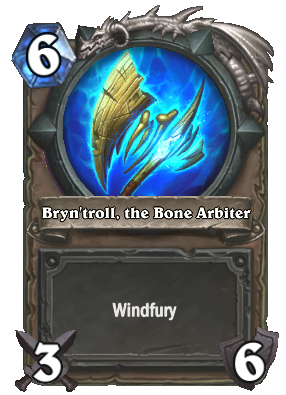 Unlike previous adventures, this boss does not reward you with a new card. Instead, you will receive a Frozen Throne card pack upon completion of the Lower Citadel wing.

Check out the full contents of Lord Marrowgar's deck below.

Looking for a community built deck to take on Lord Marrowgar? We've got you covered! Find one of our favourite picks below or check out all Lord Marrowgar decks.

Check out Neon's guide to the fight.

Learn More About Knights of the Frozen Throne

This section contains Amazon affiliate links; They help the site!

If you're looking to a cheaper way to earn card packs, you can use Amazon Coins! All you need is an Android device (or emulator) that can install the Amazon Underground Appstore so that you can install the correct Hearthstone app.

So go buy some Amazon Coins at a discount to get cheaper packs! Be sure to visit our guide to learn more about Amazon Coins.