In the Mage League of Explorers class challenge, you will be fighting The Steel Sentinel with a pre-constructed deck of cards. This fight becomes available after defeating The Hall of Explorers wing on Normal Difficulty. The challenge must be completed using a deck that is predefined by the game.

Should you be successful in completing the challenge, you will receive two copies of Animated Armor.

Upon completing the Mage Class Challenge you will receive 2x Animated Armor. You will also unlock the ability to craft the golden version. 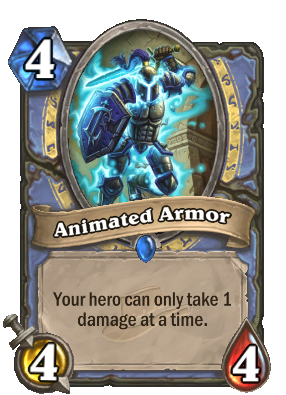 If you're looking for information on the new class challenges, you can find our guides for those below.