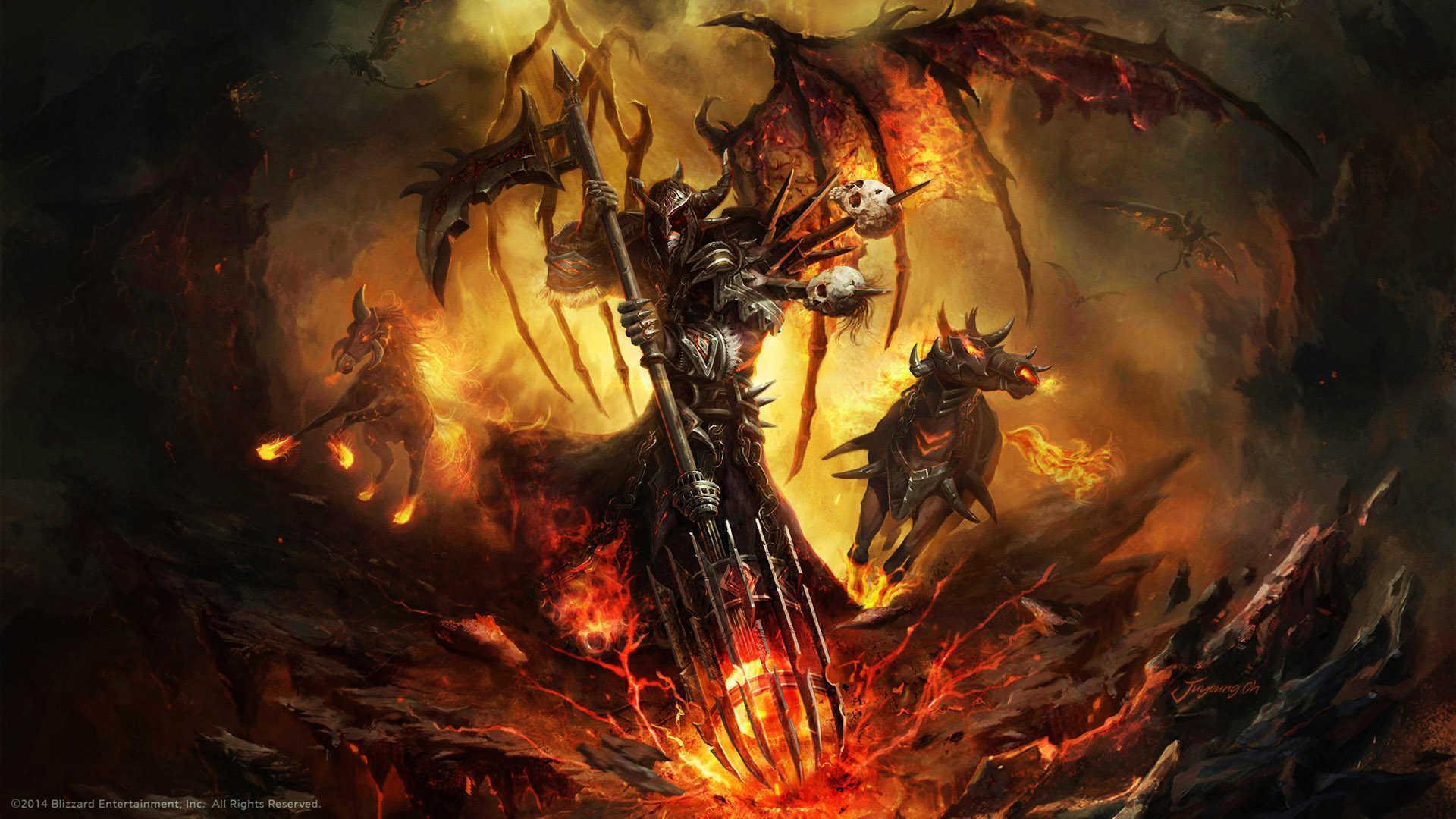 HI there beautiful people i am jainaishot a warlock main and consistent legend player.I know that you might be confused but i decided to make the guide indirectly as story because it fits the K&C theme and i miss my d&d party. :(

Here is the begining of the story: http://www.hearthpwn.com/forums/class-discussion/warlock/208929-the-birth-of-a-demonlord

Finally here are the stats from rank 10 up to rank 4: https://imgur.com/a/fW0mf 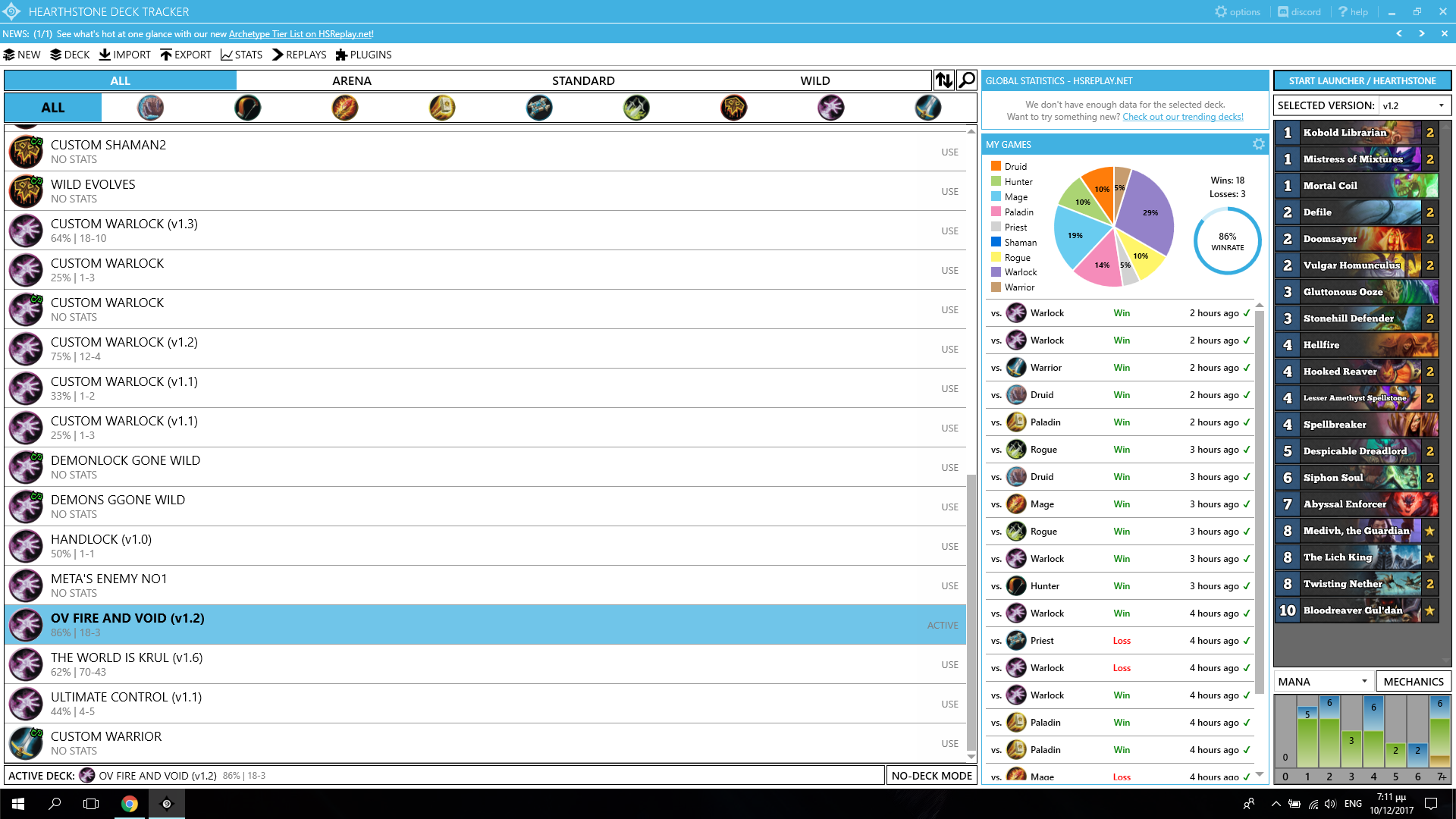 I know that the games are few,but i couldn't play more and propably won't be able to play until the last weekends of the year.

You feel a surge of inner strength and unfathomable power on your finger tips!Forbidden knowlendge fills your memories and makes it hard for you to remember who you were before.But you don't care.You turn your gaze to your enemies who seem to be lost because of your sight.

You rush against their leader Anduin,he tries to summon Y'Shaarj, Rage Unbound with his buddy barnes but he fails the summoning and gives you the time to close gap.You stike his face with a punch infused with demonic power.By the time he tries to stand up and to continue the summoning,your superior magic(removal and oves) make them uselless.Their leader is dead!

(Just hope he doesn't bring Y'Shaarj, Rage Unbound on 4.Then it's easy.You have more removals than he has threats.Just be efficient with them)

Malfurion,shocked by his lover's death rushes to you with aggro style only to see his swarm being defiled and easily dispatced by your superior magic and demon army(mulligan for early game and aoes and win.This is easier than ever.)Realising your power,he tries to create big minions to crush you.But he faces a Demonlord not a mortal.No matter how big the minions he summons are,they are send to Twisting Nether.Soon the second in command of cancer meta falls next to his lover.(Big druid,same with big priest but easier for us.Again be efficient with your removal and you will win unless they highroll like there is no tomorrow).

When both of their leaders fall,Thrall,Uther and Guldan rush to you with an army of minions.They are soo many but they are also too weak.You baptize them with Hellfire and Defile.What is left of them,is nothing more than a feast for your demons.

Vallera tries to strike you from behind with insane  tempo.But your small minions  sacrifice themselves to slow her down while Doomsayer demoralises her minions, giving you the time to turn your attention to her.When you do it.It's over.Fragile Valeera is no match for your powerful magic and  your trusted generals: Medivh, the Guardian and The Lich King.

Jaina tries to confuse you with her sercet magic but once more you bait her secrets with small minions and low mana costs spells and you drain the life force of her minions to heal you from her burn.Soon he falls too.

You have done it.You slayed the ''cancer of meta'' and you save your rank stars.But you are not content.You want more and you want to bring your justice to all ladder.So you begin your journey for world domination,not as a man but as a demonlord!

Famous villains you have heard about but you haven't faced yet:

Raza priest:You have The Darkness in a stand by to be put to your army the moment you start facing them consistently.

Jade druid.Again the moment you start faceing them you put Skulking Geist to your army

Exodia mage.You try to avoid them.You have no time for weaklings.

The ladder bows to you oo LORD OV FIRE AND VOID