Before y'all start laughing and calling this deck an utter piece of trash, this deck DID take me from rank 10 to rank 5. Hearthstones just a game that I play whenever I have spare time on my hands. I'm not some tryhard who pushes rank 24/7 and I admit I never reached legend.

Nevertheless, I noticed on Hearthpwn there's been a shortage of decent budget decks, and the 'budget decks' had 10 billion legendaries in em. So, I came up with this deck. THERE ARE NO LEGENDARIES. THE MOST EXPENSIVE CARE ARE THE TWO SHADOW VISIONS.

Warning: I DO NOT recommend this deck for completely new players. You'll find yourself doing better if you know what your opponent is playing (you'll notice this especially in matchups where you play against secret mage). 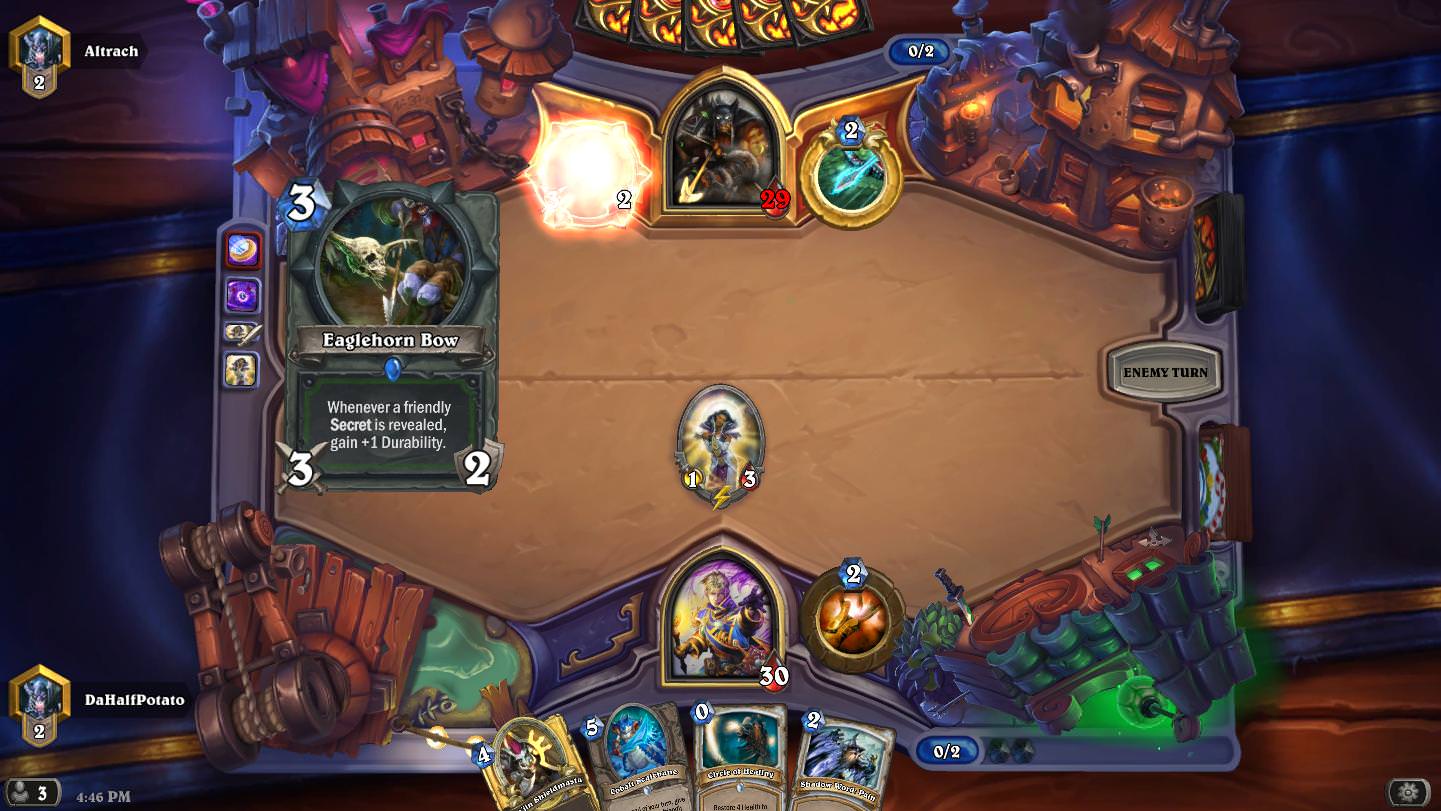 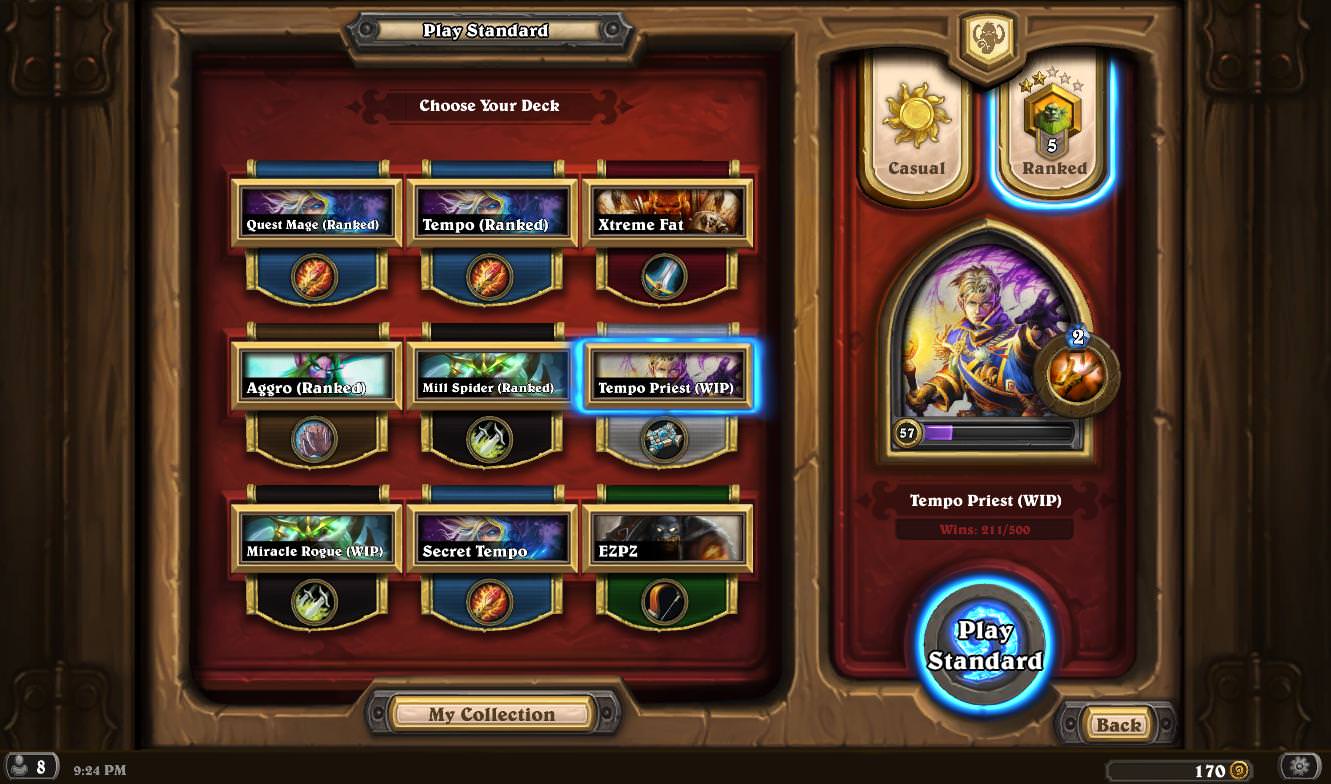 Your opening hand no matter what your opponent is playing should be either Northshire Cleric, Shadow Ascendant, or Power Word shield. This'll help you against other aggro matchups. Ideally, on turn 1 you want to play Cleric. I don't suggest you try to stick it on board with Power Word shield cuz you can use it for your other minions. IF your cleric sticks, play Ascendant. Otherwise, don't play it at all.

In the situation where your mulligan happens to be all 3~4 drops, sadly to say you'll probably lose against faster decks like the no-minion hunter decks and token shaman. You still have a chance if you happen to draw exactly Auchenai Soulpriest and Circle of Healing by the crucial turn 5s and 6s (Doppelgangter+Evolve, Emerald Spellstone)

If you managed to survive the early game, you're doing great and you probably have control of the board. Turn 3-6 is where you play the bigger minions; Scalbane, Hoarding Dragon, Chillwind Yeti, Auchenai Soulpriest, Blademaster.

If you didn't manage to stick your early minions by turn 3, you need to start controlling using Shadow Word: Pain and Auchenai+Circle combos. I suggest you leave some enemy minions on the board, but the moment they overextend their resources thinking your hand is terrible, punish them.

There is a key card which is surprisingly an MVP in this deck: GUILD RECRUITER. Everyone thought this card wouldn't see play, but I found it perfect for the empty slots I had. This will ensure your win, or swing the board to your advantage. Assuming you already drew your early game minions, this will most likely pull a random 4 drop, as there are only a few early game minions. 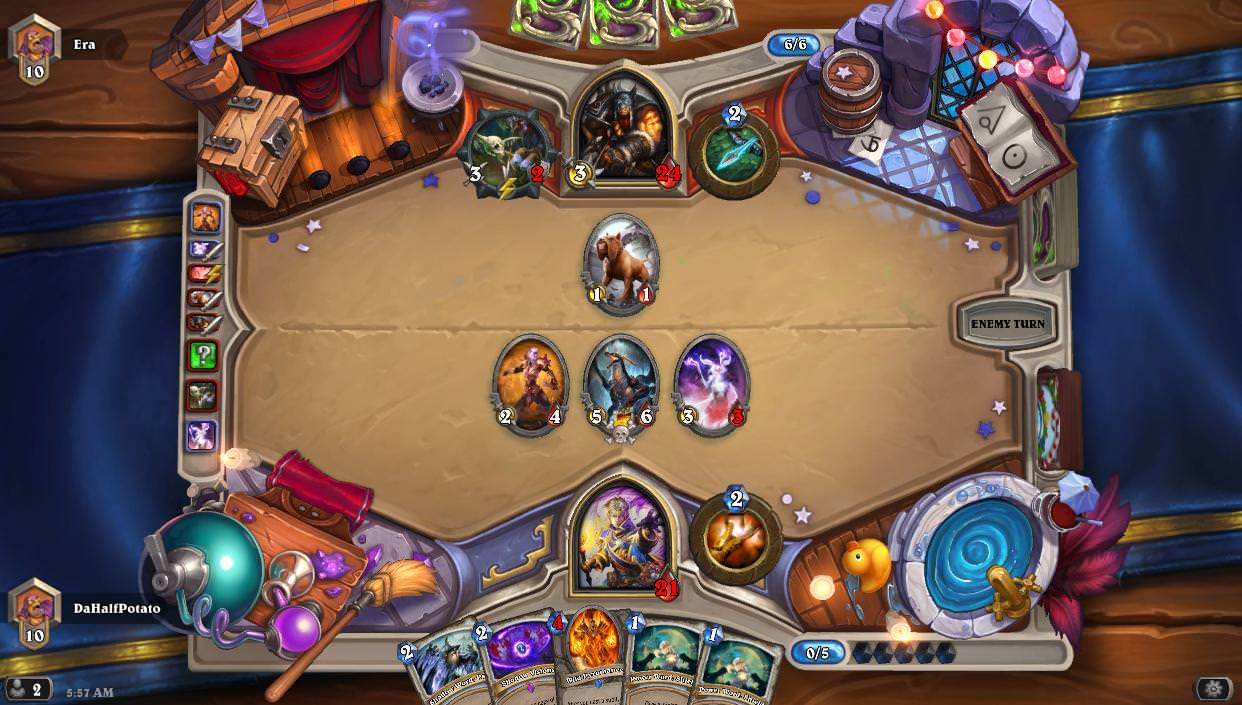 One word. Bonemare. Keep your opponent's board clear before their turn 7 cuz a lot of decks have their own Bonemare. 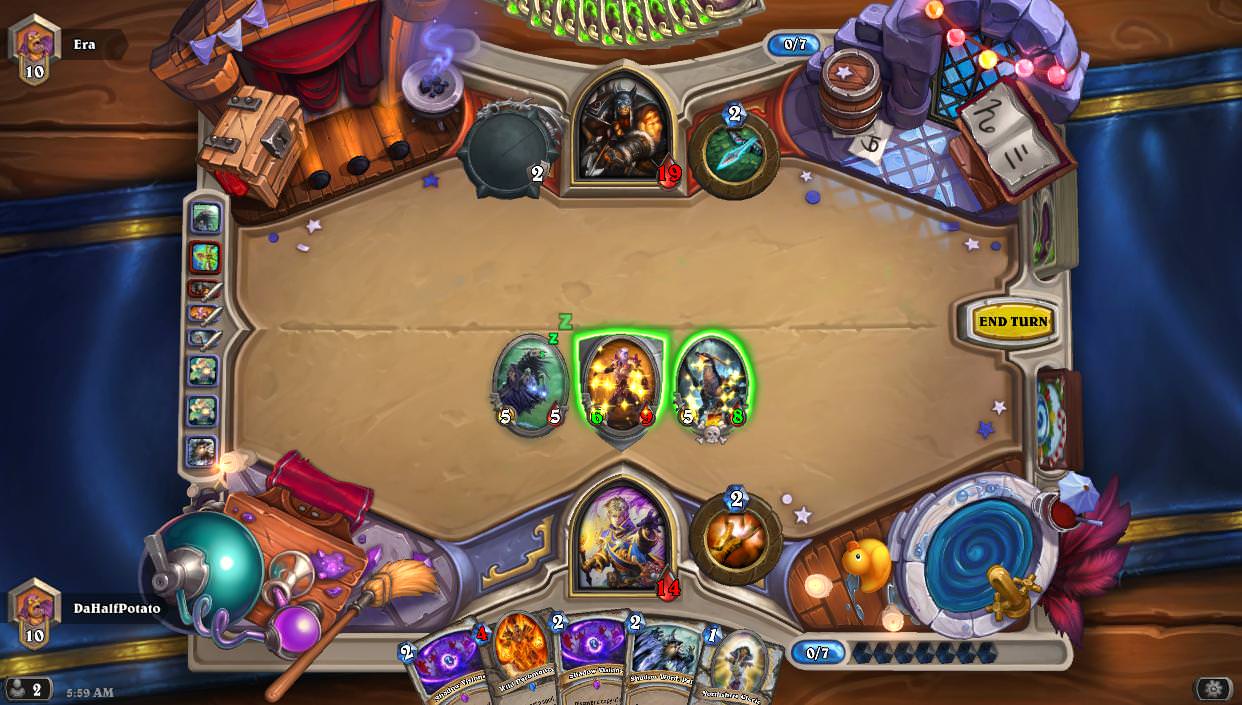 If you managed to survive, 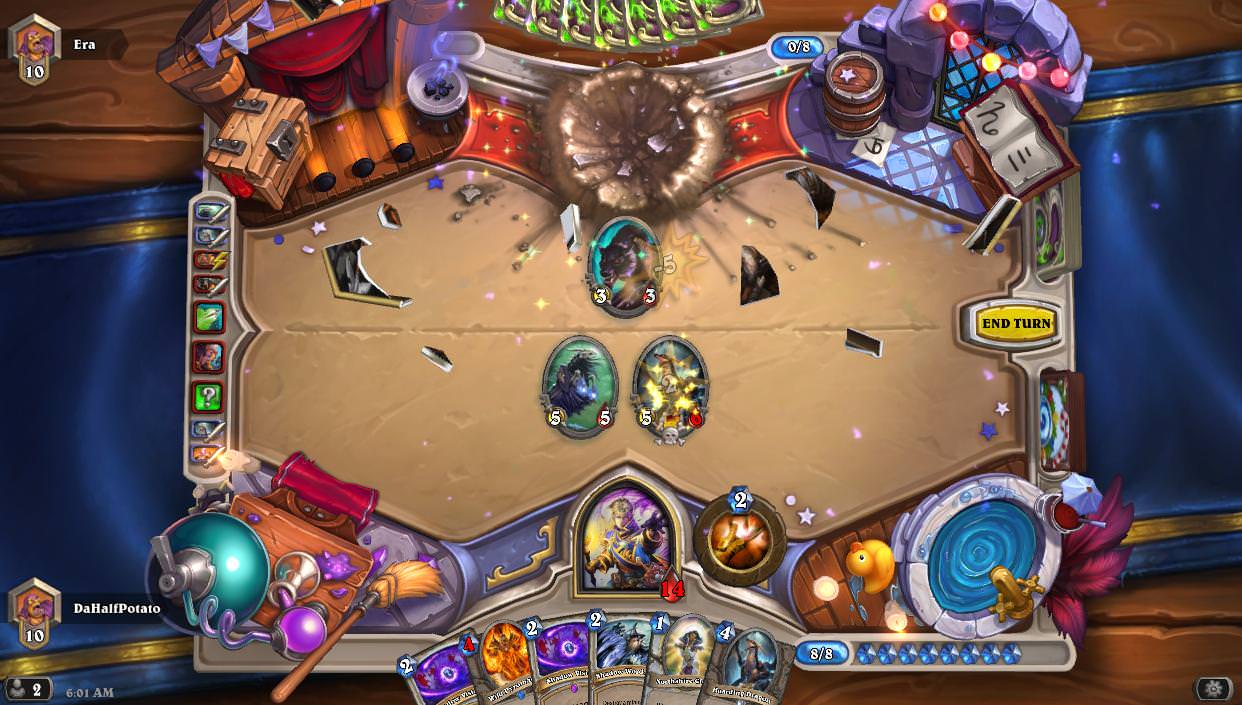 Thank you peeps. Try it out and see what you think. Please leave upvotes/ comments if you think this deck is any good.