Hello, I am Bart and I present you today an elemental deck, what was originaly created by a Kolento.

I did like it saw it and give it a go, after I had done playtesting and I had figure it out that it is better to cut one Meteor and add one Volcanic Potion to adjust it for a metta better (counter aggro) and it goes pretty well with 57% winrate to the rank 5 from app 40 games. (keep in mind I had been learning the deck, its proper mulligan and the matchups, so the winrate might be even higher).

Update: I have reached the rank legend with the deck. The statistics from rank 5 to Legend with 67% win ratio 28-14. 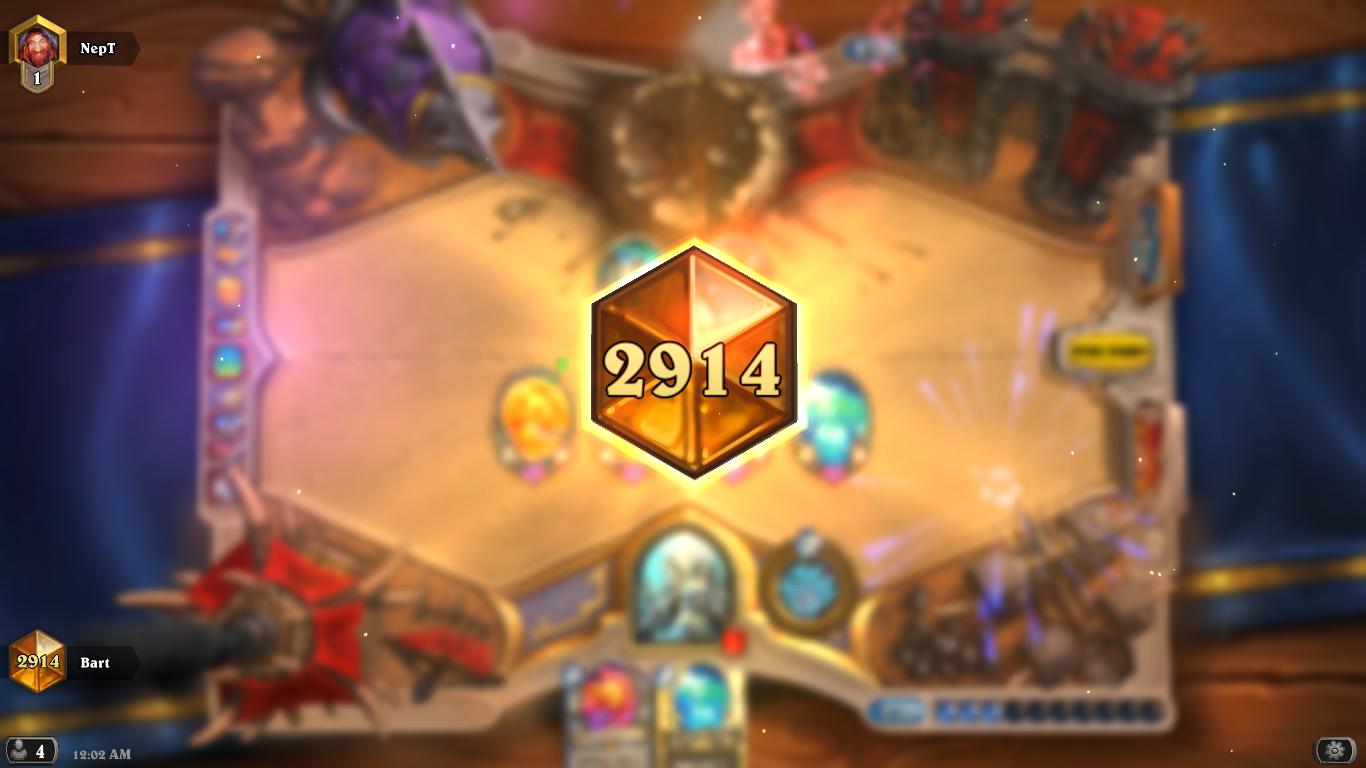 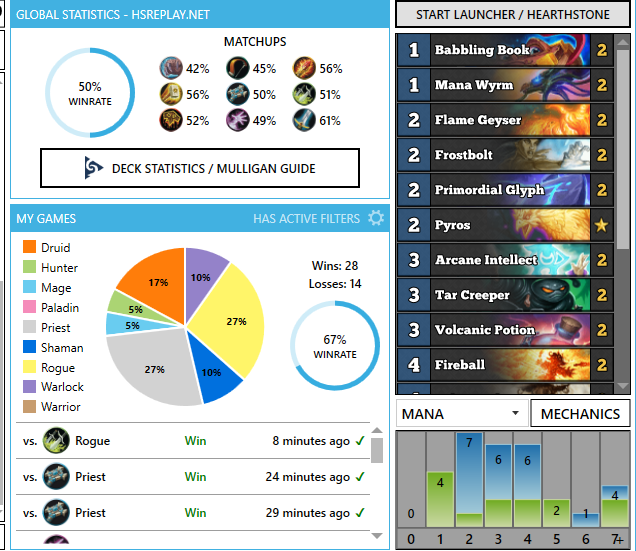 It is a tribal deck, what bennefit from elemental synergies with elementals, especialy with our queen Frost Lich Jaina. Feels good man to BM with her :D (and it donest feel so cocky, while doing it, great design Blizz, props), You are shivering, are you afraid?

So lets go right to it, its is mainly a tempo deck (midrange) with great value cards, we dont run any secrets, so your health total realy matters. A gameplan depends on your opening hand, Mana Wyrm with follow ups will graduate into strong tempo game, increasing preasure with elementals and bunch of removal with burns is at your disposal. It can end the game pretty quickly

with kind of slower starting hand which needs to be played little bit carefully, strategy with stabilizing enemy board and develope ours, playing value game and maybe stall to end game with powerfull Frost Lich Jaina. So its not easy to say universal strategy for all games.

I would say it is something between Tier one/tier two - sometimes it might happen, you will lose, because Jaina was crucial and she stayed at the bottom of the deck. But you will have strategical advantage, cause it isnt a staple deck, a few peopl doesnt  know how to play against it.

First off all its important to mulligan properly, to have succes with it, so able to do that you must know about cards in the deck.

Babbling Book - althought its not elemental, its good to play it turn one and doesnt downscale power level in the late game so much as other one drops thx to discovery (never keep bubling book in opening hands, if you already have Mana wyrm), also is it lich jaina HP target

Flame Geyser - decent removal, and its mainly played due conjuring 1 mana cheap elemental, we keep that elemental to trigger elemntal combos, especialy Blazecaller or Servant of Kalimos (sometimes oponent can cause you react to the board and you cant always a play expensive elemental with removal)

Primordial Glyph - cool discovery card, which helps to answer enemy threats, it could provide lethal with burst, it can buff mana wyrm turn two, good card overall (I dont prefer to keep it in the hand, unless you already have mana wyrm.)

Pyros - unlimited elemental power and synergy, possibly heal with jaina, be only carefull when you play it vs priest, so he cant steal it with Potion of Madness.

Tar Creeper - its the best elemental three drop, sometimes the game develops that way we need to linger on to jaina, and thsi card is sweet in stoping preasure our health total

Arcane Intellect - draw is a strongest mechanic in a card game, expecialy if you can find a lethal or crucial response in longer games

burst, removal, AoE - its purpose I dont need to explain

Servant of Kalimos - amazing value cards, you will need to understand what elementals are good in certain situation, It shines vs control matchups or tempo.

Polymorph - amazing removal, It can be lich jaina HP activator in the late game.

Frost Lich Jaina - bow to our queen! She is rentless with powerfull heals and the coolest hero card in the game. On the weak enemy turn, where he cant kill you, it is a must play. (Only one reason to not play her is just lethal or smtn like that), with her you can swap to value game (almost infinte 3/6 elementals from hers HP) or preasurure the face, the enemy is forced to trade, due too many lifesteal from your elementals. Single-handedly defeats aggro decks.

Mana Wyrm is always a keep, Babbling Book is questuinable keep, its not bad, but when you have already wyrm, I woul even mulligan it (it will not be bad even later in a game).

Frostbolt is always keep vs aggro;

Flame Geyser if enemy runs 2 hp minions (like zoo warlock, paladin, aggro druid) so matchup depending keep, dont keep it if you have frostbolt already.

Primordial Glyph only keep when u have already wyrm.

Volcanic Potion keep vs matchup with small stuff, keep always on a coin

Pyros - very rarely keep, only if you have wyrm and tar, its better in value games and contro lmatchups. - but 2 drop non the less

Pyros - always a keep (carefull with madness potion vs priest)

Primordial Glyph only keep when u have already wyrm.

Now you know how to mull it. Best way to improve a playstyle is to practice with it. Learn from your mistakes, have fun and dont forget to upvote if you liked it ;).

Its fun deck, cool and capable of defeating almost anything.

Dont panic, if you are not able to maintain high winrate with it, it is harder deck to play, so it may take a time, because you need to plan your next turns. It is like game of chess, dont think about one turn, focus on the plan of your next turn, predict enemy plays and maximize your value from your cards.

It is also a crucial to get know with the matchups, understand key cards (dont waste them) and which are worse cards in that matchup.

Here is an example of an actual gameplay from the one and only - Kolento.