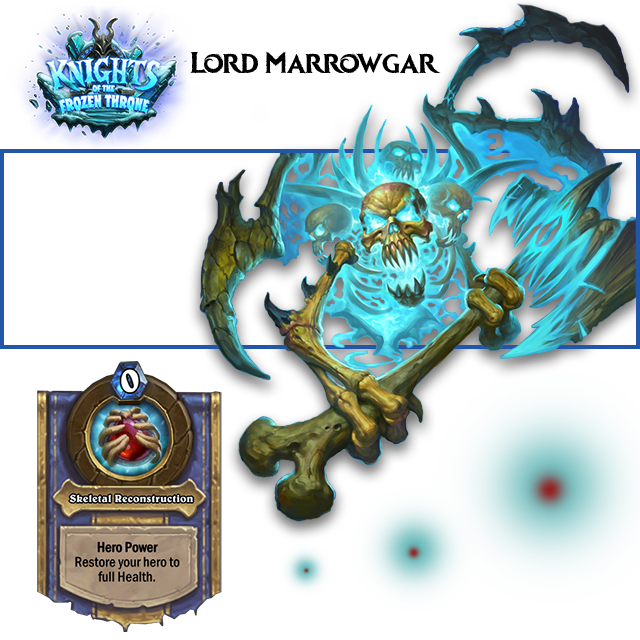 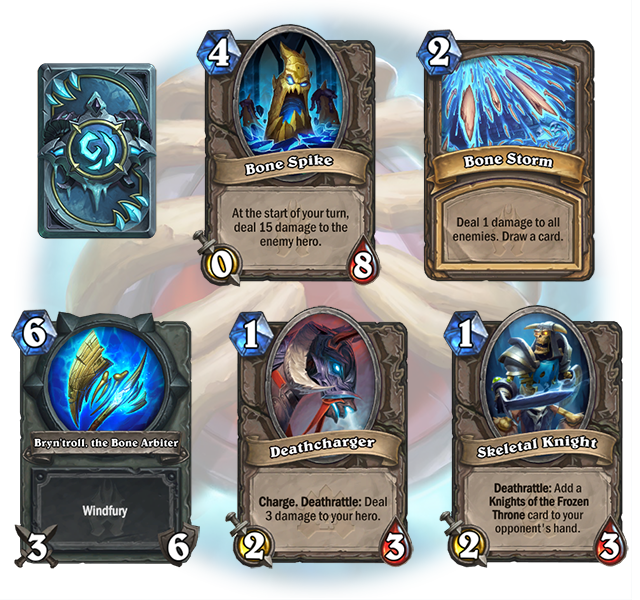 Mulligan Guide: Lord Marrowgar can be frustrating, because you have to be able to deal 30 damage to him in one turn. He might as well be immune, because at the end of each of his turns he will heal himself completely. It's best to try and Mulligan for a Silence or Shadow Word: Pain, because if you don't have either one you will probably die when he puts out a Bone Spike.

The goal of this deck is to steal at least 1 Bone Spike and use it against him. If it survives until the start of your turn you will only need to do 15 more damage to Lord Marrowgar in order to kill him, which is much more attainable than killing him at full Health. Also, if you're able to Convert two Bone Spikes or copy an additional one with a Mirage Caller, then as long as you can protect them for a turn he'll be dead.

You always want to wait until you can protect your Bone Spike, because otherwise he will kill it. It's best if you have an Inner Fire ready for it, that way you'll only need to do 7 additional damage to Lord Marrowgar in order to kill him (15 damage from ability + 8 damage = 23 damage from Bone Spike alone).

You want to Silence any Bone Spike if you can, rather than destroying it, because you really want to leave it on the board to take up space and still be there for your Convert. You will want to save your Shadow Word: Pain for his Sludge Belchers, if possible.

Shadow Visions is really useful for pulling out the spells that you need and pairs nicely with Priest of the Feast, but if you absolutely had to replace it you could try another Silence effect like Ironbeak Owl or Spellbreaker. You could also put in Crazed Alchemist to have an additional way to deal with Bone Spike. If you'd like to see how other players beat this encounter, just check out the decks below.