Today,  I am profoundly sorry to be the bearer of bad news. Indeed, the evil tyrant Ben 'Sauron' Brode has announced that Fiery War Axe will be nerfed to 3 mana.

It tuned from being one of the best weapons in the game to being a a powercreeped Magma Rager Tier card. 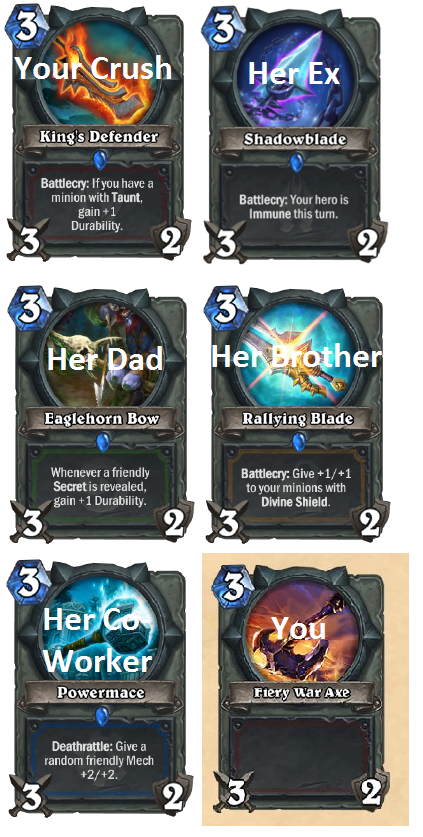 Ever since I started laddering in very early beta, Fiery War Axe has been a very polarizing card. Some hated it but all Warriors loved it. It was one free card, us Wallet Warriors, fancied in spite of not showing our wealth. When I grew exasperated of facing a 2/3 Undertaker during the Huntertaker meta, I would topdeck my good old Axe and end the suffering. When Tunnel Trogg was a 7/3 and bashing by lifepoints during Shamanstone; he was there for me. When that Northshire Cleric was drawing like a Nat Pagle from your opponent's Piloted Shredder, Fiery War Axe mysteriously appeared in my hand like a knight in shining armor. When double Mana Wyrms overdosed on  mana, Dr. War Axe was the therapist that was needed. Huffer and Vicious Fledgling trembled in fear. On those days I felt like a Mulligan Wizard. It was glorious. 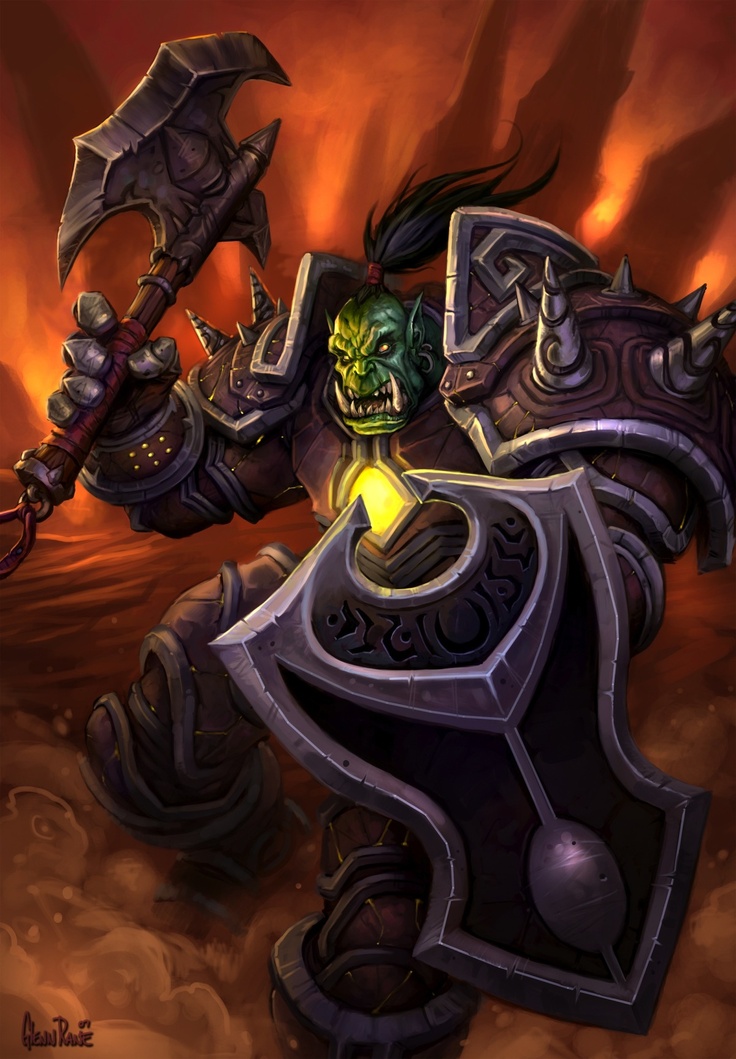 'Why is this crazy dude talking about a weapon using the 'he' pronoun like it was a living thing?' you may be asking yourselves. Well, Fiery War Axe, more than a weapon, was a friend; a companion to all Warrior players. Control, Molten Giants Warrior, Tempo Warrior, Dragon Warrior, Fatigue Warrior, Patron Warrior, Combo Warrior, C'Thun Warrior, RenoWarrior, N'Zoth Warrior and even the bastard rookier Pirate Warrior: all of us were united by out love for our dependable cutting tool.  Why would Blizzard kill our friend during Druidstone? Warriors, excuding maybe Pirate Warrior, were already in a bad spot. And let's not talk about Warrior in Arena... Why beat a dead horse? This, we will never comprehend. Today is the end of an era. Our sorrow is ineffable. As we mourn our loss, we must not forget to one of the core tentants of warriorship: gratitude.

So for all those years we've spent alongside each other: THANK YOU. Long live the Axe. Today #JeSuisFieryWarAxe! 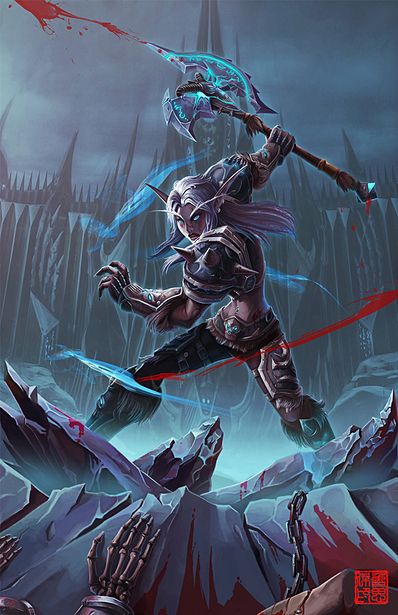