Alternative approach to the Combo Priest. Instead of cycling very fast and hoping that aggro doesn't kill you, this deck actually looks to fight aggro head to head and still have a couple board clears in case it loses. 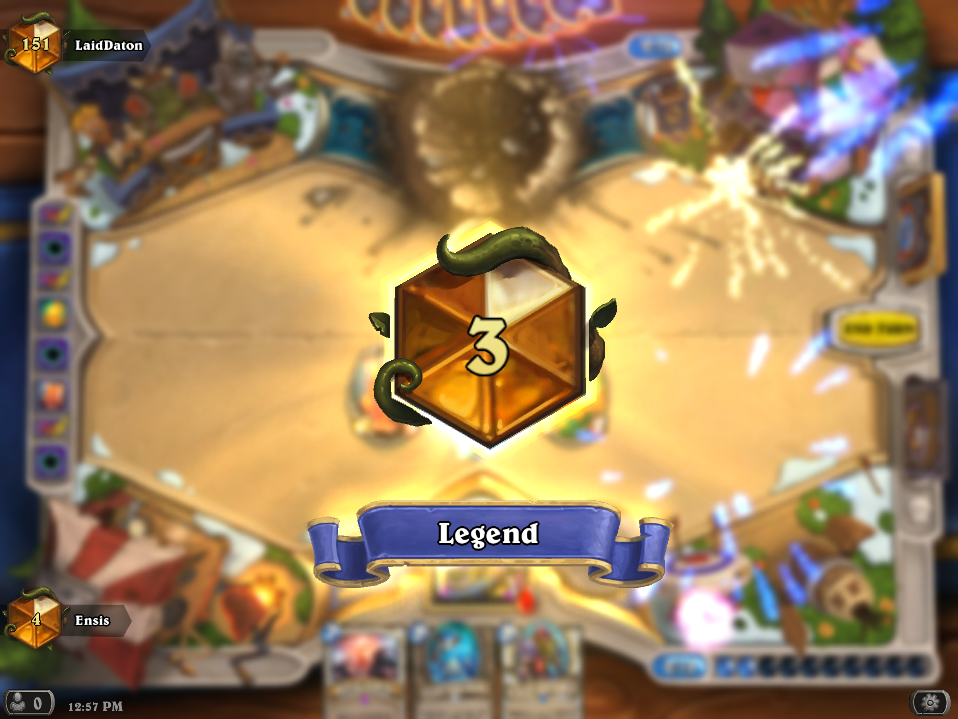 Against Aggro, fight for board control, using all your board clears and throwing out all your 1 drops. Against Control, keep combo pieces and card draw while pretending you're totally not a combo deck. Against slow druid, actually be aggressive, cause it's literally the only slow deck that can't clear the board on a whim.

Why Dragons? Well, because Duskbreaker and Drakonid Operative. And because the Dragon early game is very efficient. And because Spawn of Shadows OTK is the answer to the the problem of "My Twilight Whelp is a dead card lategame"

The combo is Raza+Anduin -> Spawn of Shadows + Whatever cheap cards you can play, but you can actually sometimes win by tempoing down the opponent.

Rule of thumb is, if you know the low-cost card could be reasonably impactful right now, play it. Otherwise, save it for the Spawn of Shadows machine gun.

So, a bunch of cards in this deck look questionable, and a couple straight up retarded. Let me explain the combos and usefulness of every such card.

Fire Fly - Suprisingly good vs Aggro Paladin, which makes up a huge part of Wild meta. Good against any other aggro, and is a target for Velen's Chosen.  Lategame, it's 2 Ammo for Spawn of Shadows OTK in just 1 card, 3 with Brann.

Sir Finley Mrrgglton First of all, Life Tap. Life Tap is dream come true for Combo Priest. With Life tap any slow matchup starts to get really favored right off the bat. If we don't get Life Tap, we can go for Steady Shot and play very aggressively. On the flip side, against aggro, turn 2 daggers might be a good play, and 1 mana 1/3 is nothing to scoff at. Lastly, any HP with Raza becomes godly, especially Steady Shot/Life Tap. Finally, at 9/10 mana it can serve as a Hero Power reset for a suprise burst of 8-10 with Spawn of Shadows.

Cobalt Scalebane Not good against aggro, doesn't help combo, so, what the hell, right? Well, it's a Dragon. And it capitalizes on early game lead if you got it. And a great way to make use of 1 drops that are in your hand and don't really have much impact. Finally, seeing Cobalt Scalebane turns on the "HOLY SHIT, IT'S REALLY AGGRO" alert in a control player's head, leading him to play way more defensively than he should have against the deck that is actually an OTK deck.

It would seem that his effect would be more useful if we had less 4+ mana cards in the deck, but that is not necessarily so.  With 13 other such cards in the deck, we are not immediately in the danger of Fatigue and have the time to gather some cheap cards for OTK with Kazakus, Drakonid OP or Toshley. Additionaly, it's a 6 mana 6/6 - which is almost a Boulderfist Ogre. Thanks to the deck being actually pretty aggressive, Hemet often becomes an actual threat vs slower decks.

Toshley The deck needs a way to guarantee an OTK after Hemeting all the cheap cards from the deck. There are a couple cards that can give you 1-drops to play with Spawn of Shadows - new Mukla, Recruiter, and Toshley. But all of them except Toshley are hot garbage without the combo active, while 6 mana 5/7 with some added utility is acceptable.