Since the begining of hearthstone i've always loved heavy, control-style meta decks. Control warriors and handlocks were my main weapons to play on ladder. For some time it was a blast but ever since Molten Giant got hit pretty hard, the warlock train stopped. Since the introduction of Old Gods, handlock somehow managed to sit in tier 2-3 because of the Faceless Shambler but without a proper healing factor the deck became extinct. The handlock deck became even more viable when MSoG came out, it gave warlock Abyssal Enforcers. Now, after the new expansion hit the servers i'm proud to say that handlock, or in this case, demonlock is top tier viable deck to play on ladder. This is the version i came up with: 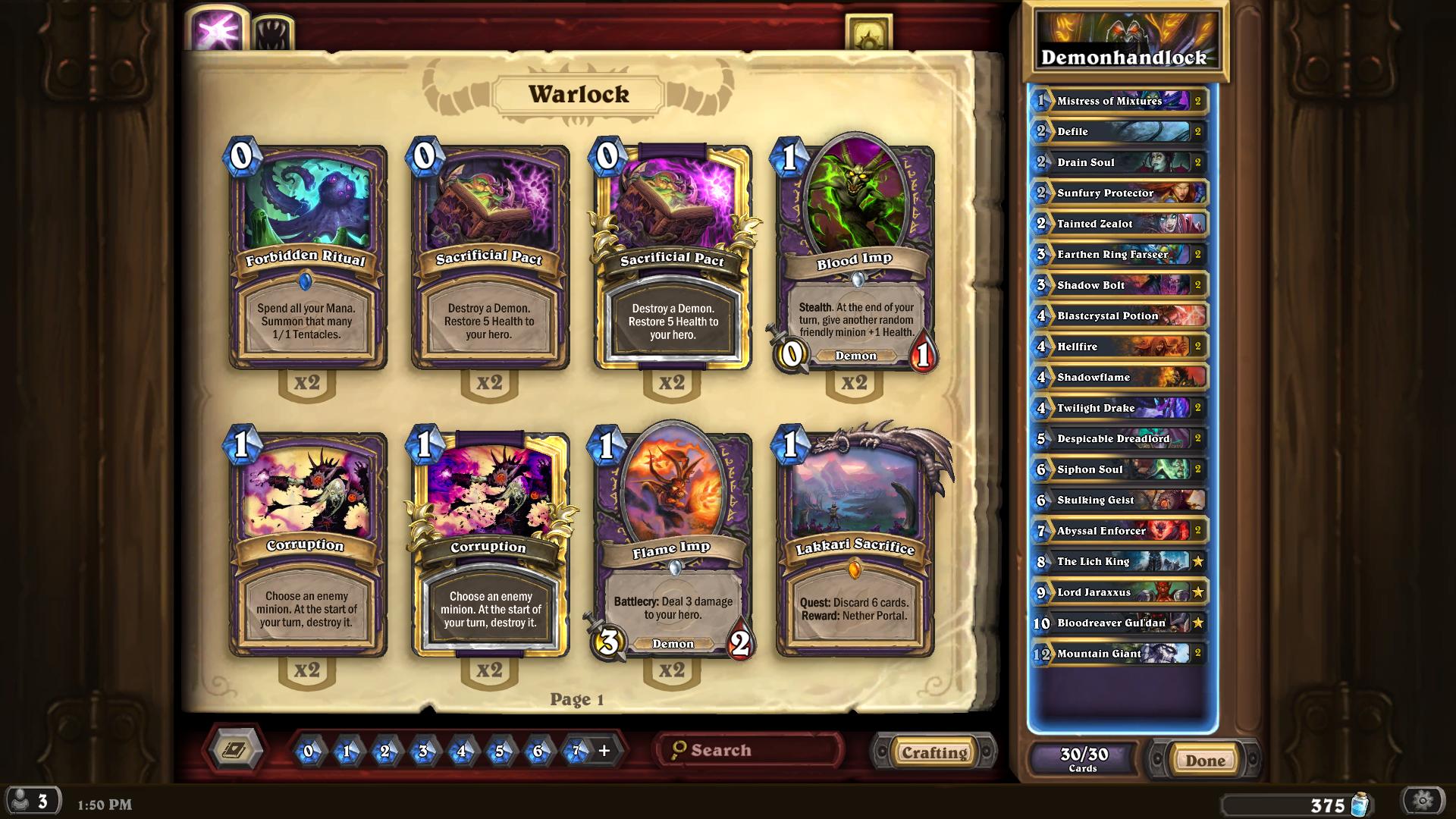 I've been laddering from rank 14 to 5 with great success, made couple of tech choices to fight through aggro and midrange decks. However, it is important to know that the main weakness of this deck is currently murloc paladin with god-hand start. Other meta decks including jade druids or aggro warriors are rekt by the early removal of Defile and Hellfire. Priests don't stand a chance if you play early Lord Jaraxxus and jade druid is countered if you mulligan for early Skulking Geist. 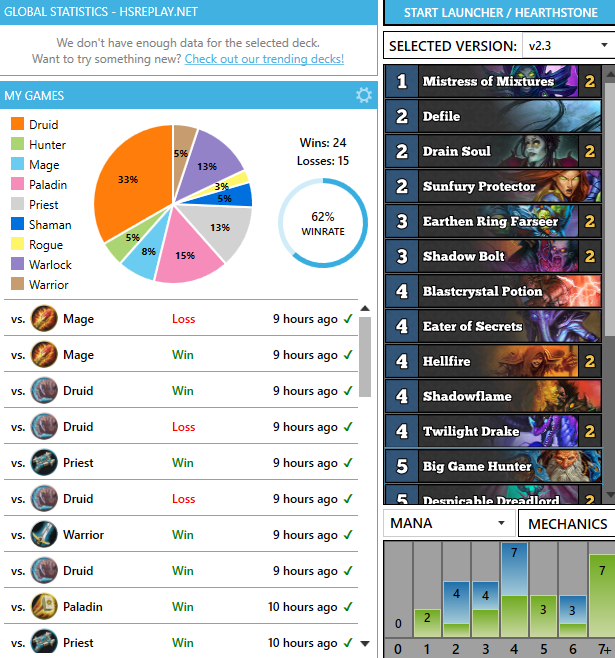 keep each time you see this in your starting hand 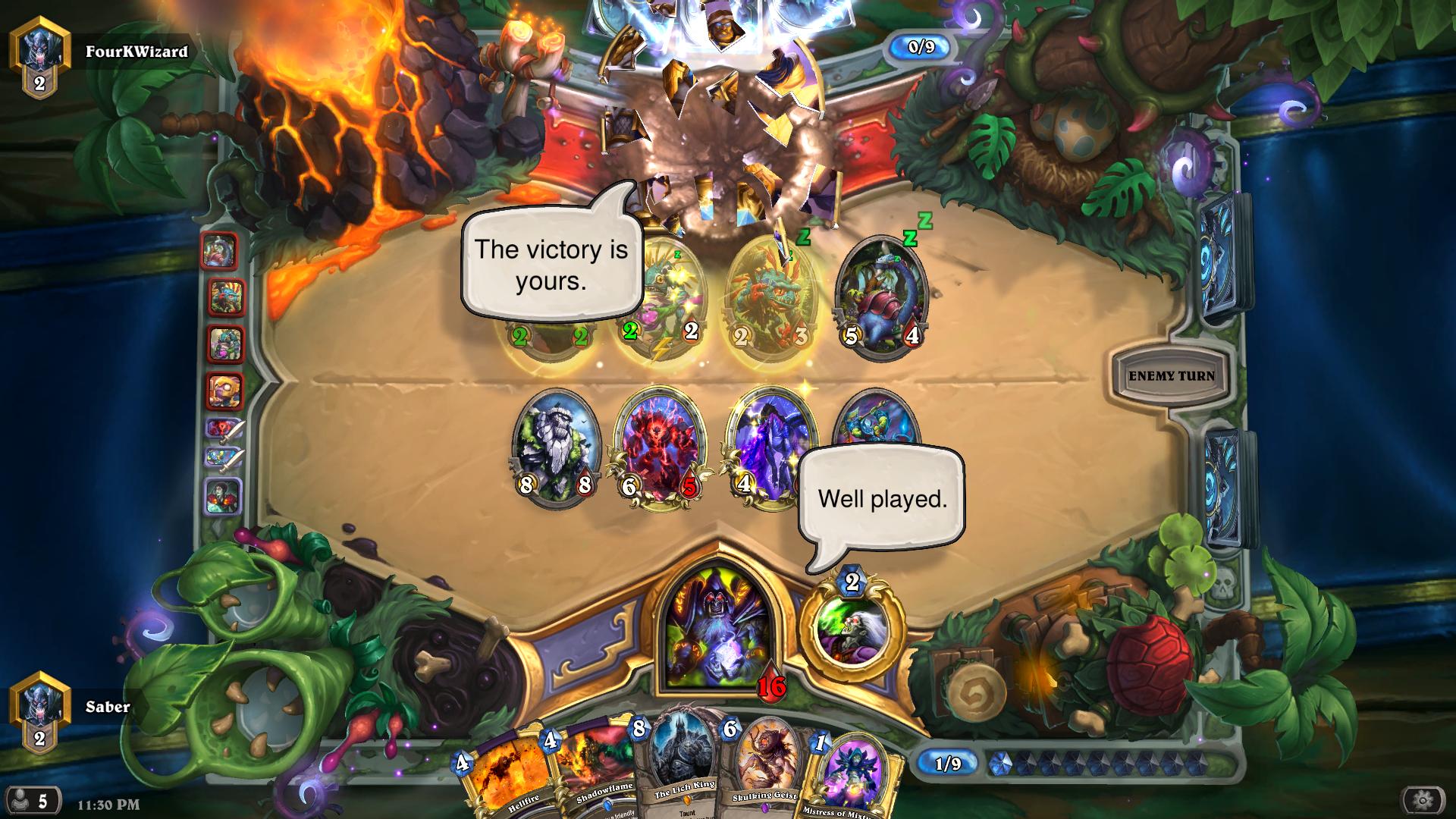 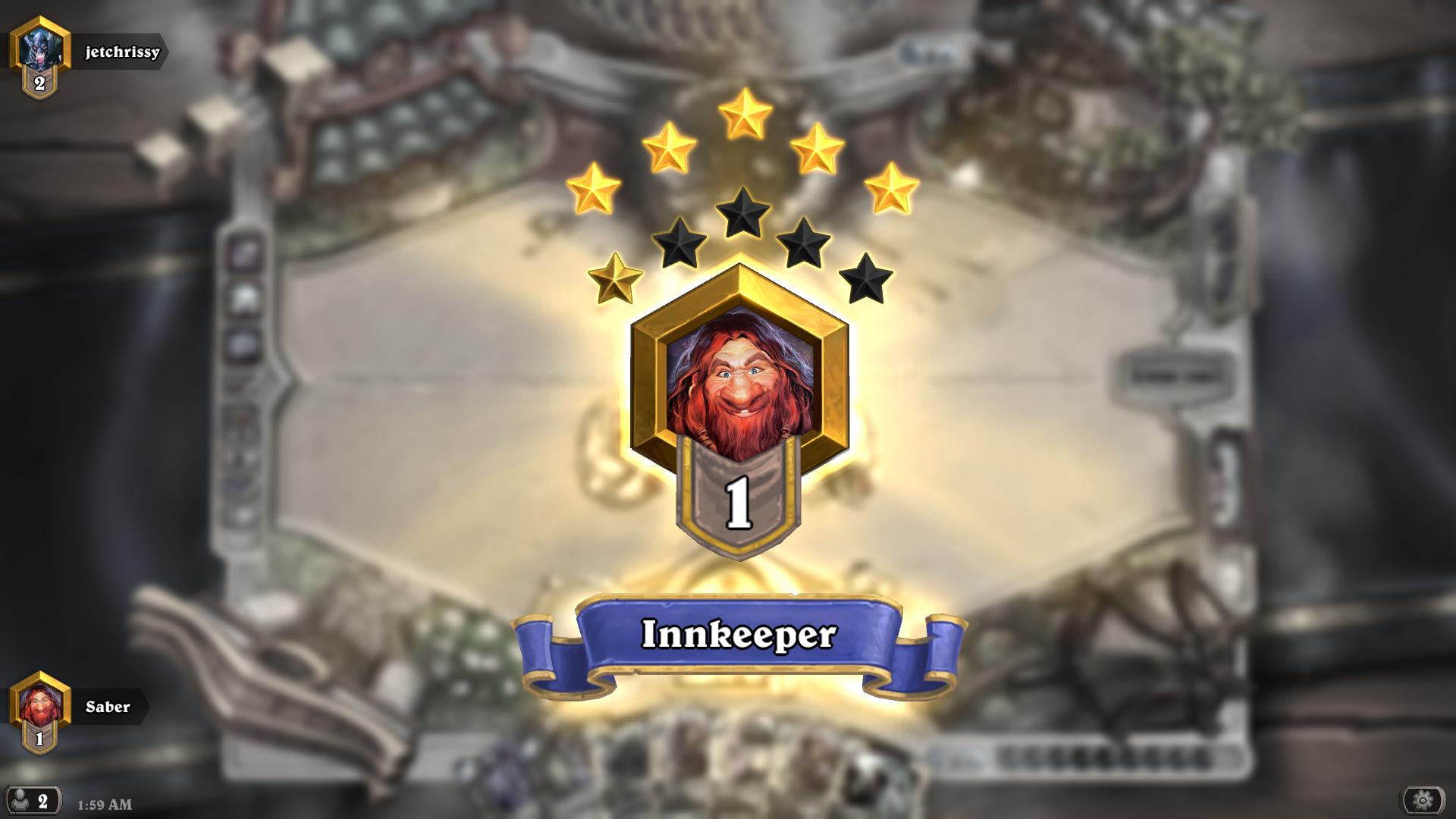 There are several tech options depending strictly on the current ladder situation here are the options you could tech into which i used on my way to rank 1:

There are some options of card replacement, for those of you that do not have some cards here are some alternatives:

Thank you for the support of the deck #frontpage

Apart from the deck update that i needed in my meta, i have to clarify some things, first of all i thank you all for voting and trying out my deck, i hope you get good ranks with it and maybe you go to legend who knows. I'm still hovering on ranks 1-2 but i think i can reach rank 1 by the end of the season if not legend. Now, let me say this, not so many people could be familiar with the handlock style gameplay and the whole mechanic, i see in the comments that people state the deck is not good for ladder, its bad, losses to aggro and so on, please guys, bear in mind that this is not the handlock from 2014, we do not have healbot anymore and Molten Giants to taunt up. Sadly. You have to always control the lifetap mechanic and most importantly your life total think turns ahead, like for instance, what if i play jaraxus first and then clear the board or what if i make this decision instead of that one. This minor decissions are key to success, if you play against aggro don't lifetap too much, if you play against control or midrange, it is the same don't lifetap too much, play the cards that are available in your hand, so you can stabilize and tap later. As far as jade druids go, they are beatable. I will post a video of my game against jade druid. Also please note this; your deck changes are defined by your metagame. When you are facing lots of aggro switch into other tech choices, if the meta is stale and you only play priests and druids, switch to something more control-like. Don't be affraid to experiment with the deck i'm sure it can help you, i experimented and still make a lots of changes in my main decklist and it works for me so it will surely work for you. That is all i wanted to say, thank you once again as well for the front page @hearthpwn.