Hey all, I’m Theo and you might know me from my previous guides or from HGG where I got top 8 with The Netherlands. I’ve finished top 100 every season of Un’goro and so far I’ve also had success in the KFT meta reaching top 50 with this deck. Besides Pirate Warrior there is barely any Warrior deck on the ladder, so I thought it would be great to have a bit more diversity in Warrior decks on the ladder.

If you want to see me play this deck, you can watch me daily on twitch at twitch.tv/theohs_ where I’ll stream this and other decks at high legend! Also I often post successful decks on my Twitter. 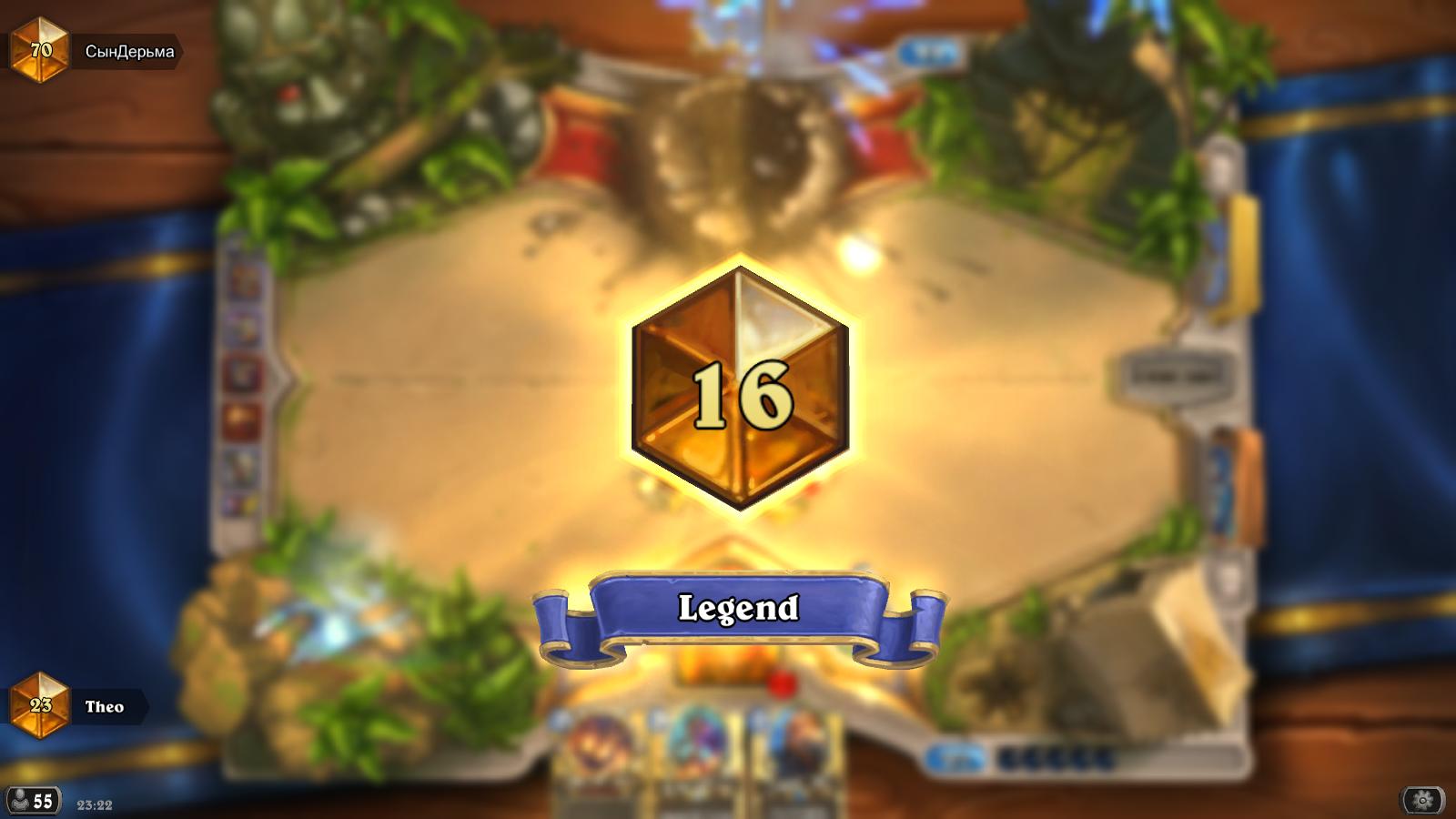 Tempo Warrior was originally made over a year ago after WotOG was released, but has since not really had a place in the meta. However, with KFT there are a few new cards that helped it get viable against such as Blood Razor, Bonemare and Scourgelord Garrosh.

This is definitely one of the more fun decks to play right now. There are a lot of different combo’s and requires a lot of thought to play optimally as you are often faced with several viable plays. Also it is able to beat every deck as it doesn’t really have any lopsided matchups that a lot of other decks do have.

Without coin, don't keep more than one 3-drop as you want to curve into a 4-drop. Also if you already have some of the cards in your mulligan you need, for example Fiery War Axe and Frothing Berserker against midrange, you can keep Bloodhoof Brave because it fits your curve.

Blood To Ichor: Great when going second to counter your opponent’s 1-drop. Can also easily fill your curve in the midgame or enable one of your spells.

Armorsmith: Can contest the board early on, helps you enable your Battle Rage and gives you survivability.

Battle Rage: Cheap draw card that often draws two or more, great to keep you going so you don't run out of steam.

Execute: Not as strong of a tempo play as it was at 1 mana but still decent, especially in a slow meta as there currently is with a lot of good targets to hit.

Slam: Helps clearing off minions while cycling, nothing special but just solid overall.

Acolyte of Pain: Combines very well with all the whirlwind effect and like Battle Rage lets you keep pumping out threats. Also great if you can use Bonemare on it.

Frothing Berserker: Broken card can win games by itself, especially strong against slower decks that don't have a board early as they need to have an answer or they just lose.

Ravaging Ghoul: Solid body with a great effect that synergizes with the deck and is great vs token decks.

Blood Razor: There are never enough whirlwind effects in this deck. Does everything what you want from a card in this deck.

Bloodhoof Brave: Solid 4-drop that is hard to remove and synergizes well with whirlwind effects.

Elise the Trailblazer: Pretty slow for a tempo deck, but another card that lets you keep playing threats continuously in the late game.

The Black Knight: Great tech card in the meta with a lot of Lich King’s, Bonemare’s, Druid’s and other big taunts around.

Bonemare: Tempo card in a Tempo deck, what’s not to like. Great with high health minions.

Grommash Hellscream:  Your finisher. Can be played as early as turn 8 without coin with Blood Razer up and even if it doesn’t win the game instantly it still is often hard to deal with for your opponent.

Scourgelord Garrosh: Underrated card. Weapon gets your board control and basically prevents your opponent from ever playing more than 1 minion. Also more whirlwind effects is never bad.

I feel like this list is close to optimal so I wouldn't change too much unless the meta changes. Don’t have all the cards for the deck? Here are some that you can replace them with. Make sure they make sense so you don’t suddenly have too many lategame cards as this is still a tempo deck. Note: haven’t tried these cards myself, so if they don’t work make sure to try other cards out!

Pirate Package: 2x [card]N'Zoth's First Mate[/card] + Patches the Pirate. Great for the early game as you aren’t doing that much in the first 2 turns. Weaker later on due to anti-synergy with whirlwind and the possibility of having too many weapons.

Forge of Souls: Only want this card once but having 2 weapons early on can help a ton to gain board.

Stranglethorn Tiger: Deck has only 1 5-drop and this is probably the most solid 5-drop you can play in this deck.

Cairne Bloodhoof: hard to kill and lets you keep control of the board.

Malkorok: The original 7-drop in Tempo Warrior. An extra weapon is great but can be overkill. Probably don’t want to run it with Scourgelord Garrosh.

Hogger, Doom of Elwynn: Synergizes quite well with whirlwind effects and the taunt minions can help you protect your board.

Rotface: More synergy with whirlwind effects. Must get at least 2 whirlwind effects off on this to get enough value. Can make turns for your opponent awkward as they can’t really play small minions.

The Lich King: Play this if you want to have a bit more lategame and another threat that has to be dealt with immediately.

Vs Aggro: Your main goal here is to stabilize. Lategame you should have enough taunts/clears but early game you can get overrun if you don’t manage to draw your weapons. Make sure you spend your mana efficiently as you often don’t have enough time to play all your cards. For example don’t be too afraid to use your execute on small minions if that is needed to regain board.

Vs Midrange: Versus midrange you generally have to fight for board as much as possible. You usally want to make the best tempo plays to get a head and from there you can snowball with your lategame cards while you keep playing threats due to all the draw this deck has. Try to recognize how much lategame your opponents deck has and if you can either outvalue them or that you have to win before they outvalue you.

Vs Control: Versus control you often want to keep playing threat after threat in the mid and lategame. Play around their boardclears but don’t be too scared and play around everything as you generally have a weaker lategame. Drawing is very important and you have often drawn 10 more cards in the lategame. Even though you might have less value, if they don’t have time to draw it they will run out of threats and removals in the end.

Tempo Warrior is viable again after a long hiatus. Like I said before, it’s very fun to play and I suggest everyone to at least try it out. It might not be the easiest deck as you often have to decide between tempo and draw but it is definitely very rewarding once you master the deck. Thanks for reading and hope to see you at my stream at twitch.tv/theohs_!

If you are interested in more of my guides, I just made a new guide for Big Priest!

Getting top 20 on my stream: