Folks over at InputDelay have made a detailed video guide for this deck if you're not too keen on reading all the text below. The link is at the bottom.

Why I made this deck:

I tried so many alex decks for this boss none of them did the trick for me. I decided to not play other people's decks and make my own and got him down on the first try. It's probably the rng karma that made me lose 26 times with other decks from bad rng that this deck was succesful on the first try with great rng. But I eventually decided if it helped me maybe other people might find it helpful as well so I decided to share the deck.

At first I put alex as a backup plan but then I removed her, so it's not really vital to this deck thus YOU DON'T NEED ALEXSTRASZA to make this work, if you were unlucky enough to not get her.

Your perfect starting hand is 2 wild growths and an innervate but something close along the lines would be nice as your minions are all costly. But if you by chance get gurubashi don't mulligan him.

What you need is a gurubashi berserker, ancient of war or ironbark protector as early as possible then use mark of nature with +4 health and taunt  along with mark of the wild on one or more of them with healing touches to keep them alive long enough to finish grobbulus without alex.

The way this works is as long as you keep their health high enough grobbulus will only dmg you with his hero power as he will constanty sacrifice his minions to your taunter and those who might kill it will be removed by your spells. So try your best to save your heals for your big taunter(s) and don't use them on yourself unless you really need to.

Gurubashi berserker is the best and fastest way to win because after giving him taunt, grobbulus will keep sacrificing small minions on it to make it even bigger as well as his hero power which will keep buffing it. As long as you keep healing it and buffing it's health  you can win before turn 8 as seen below. But if you didn't draw gurubashi it is also possible to win with ancient of war and ironbark protector as well, I have tried and won with just them too.

I hope this deck helps you as much as it helped me. you can take out some removals of your choice and add something you think you need; perhaps deathlords, stoneskin gargolyles, maexxna or voodoo doctor. Sludge belcher is not vital although on occasion it has delayed the game long enough for me to put down one of the vital minions (gurubashi, ancient and protector).

Tried the deck several more times won 7 times as of now. Here's a screenshot of one of the wins and also good semaritans Kizaru1(Atilla Akin), Eugene Yan, Matt_Sparks(MattSparks3.0) and Gnome and Mage have made a video defeating Hc Grobbulus with my deck, be sure to check them out :D 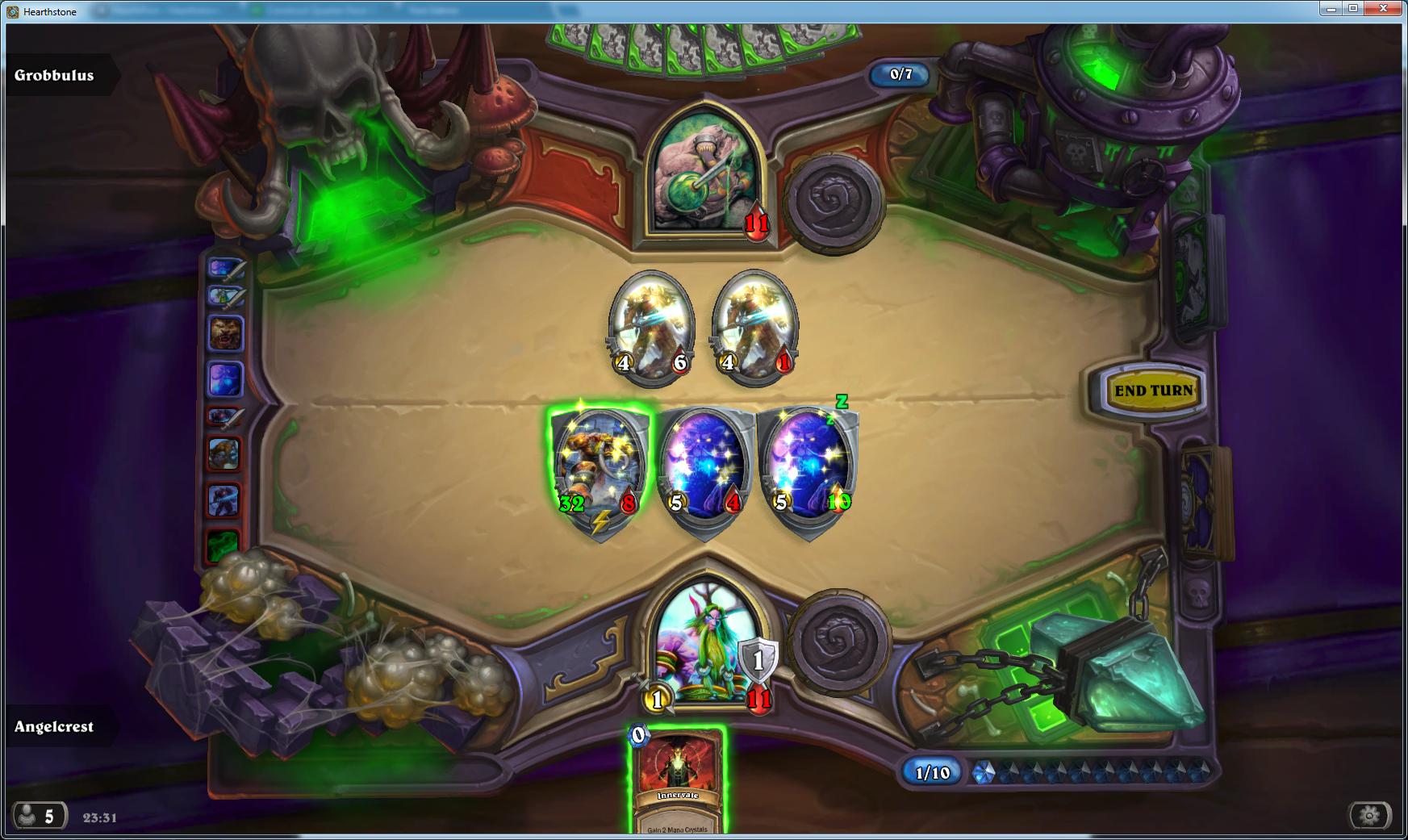