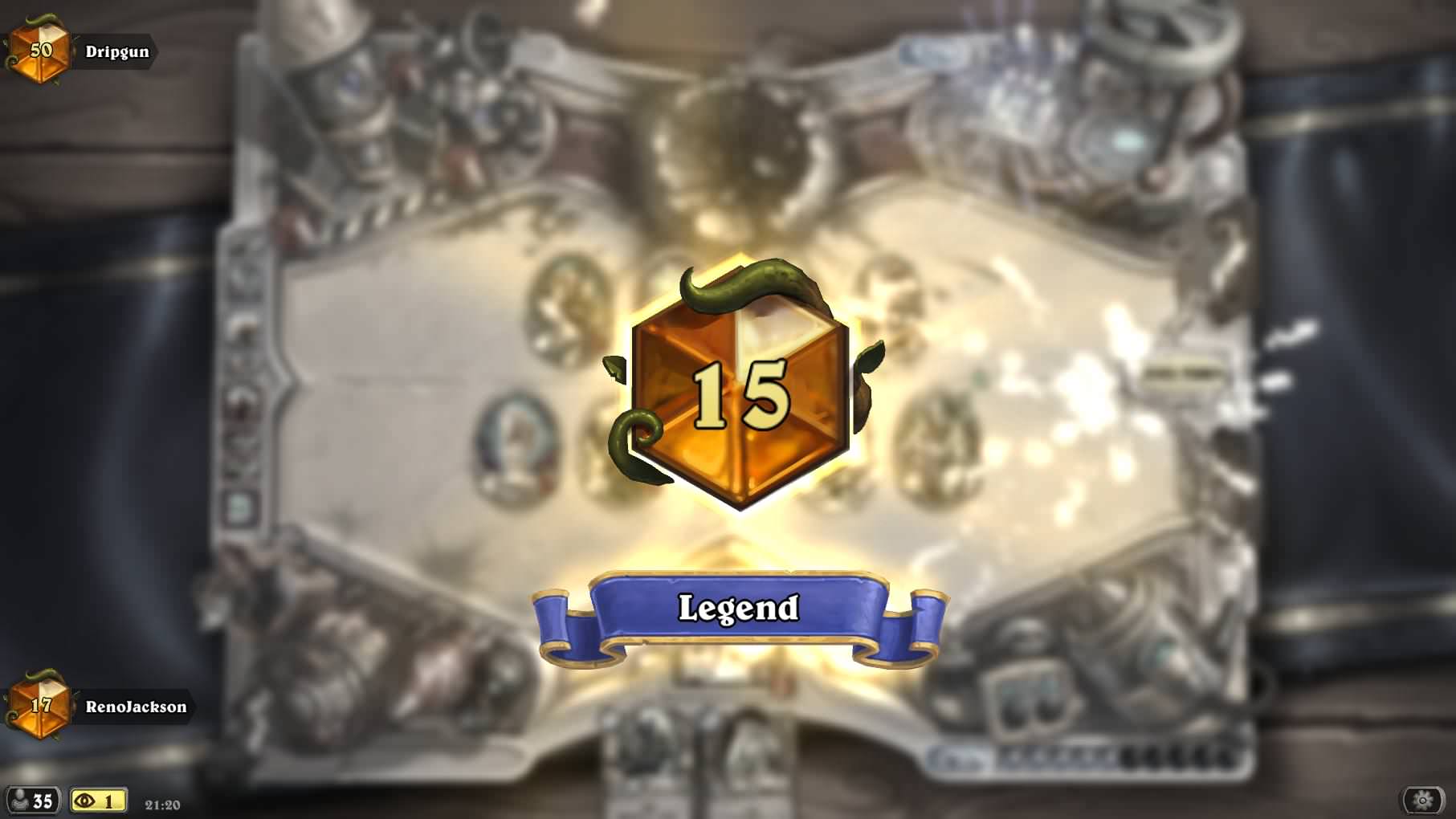 Will write guide if I have 20+ upvotes.

Bad matchups: Other Reno decks (except for Reno Hunter if you ever run into them).

Went as high as rank 15 legend with this decklist. Not bad at all. Deck is certainly very viable, second day of the new season and I'm at rank 5 already.

+1 Vinecleaver; -1 Lost in the Jungle

Against spam decks/PW, keep your early dude spamming cards: Lost in the Jungle, Muster for Battle etc.  and Doomsayer. Against PW, normally you'd keep Truesilver since it's the only way to deal with Frothing. Otherwise keep Hydrologist, Equality, Deathlord & Consecration and Wild Pyro with the Coin. We have a lot of taunts, so đon't afraid to drop thêm! Spam more stuffs before turn 6 against PW so they become aware of your turn 6 Steed whether you have it or not and try to trade instead of going face. Against Hunter & Shaman, try to save Aldor for his biggest dudes: Savannah Highmane & 4 mana 7/7. Truesilver is a fine keep against Rogue as well, for Tomb Pillager and Auctioneer.

Against value mid-range decks, depending on your opening hand, you'd either go for the board early (this deck can do that) or outvalue them by our board clears: Equality combos & Enter the Coliseum. It's very tricky for opponent to play around Coliseum, they generally don't even expect it.

Generally we won't be able to play the value game against other Reno decks (not to say we can't, but that requires some good Rats, Deathlords and generally good game management. N'Zoth and Brann + Elise can outvalue anything on their good days). However, against Jade Druid and Reno decks, this deck does a good job pressuring them since we have a strong curve and we have lots of swing turns with Lightfused Stegodon & Sunkeeper Tarim. To extract values out of our dudes, normally I won't play before Stegodon/Tarim them unless I need to. And you can sneakily spam dudes behind taunts while you have these on hand as well! Especially against Jade Druid, we have multiple ways to wipe their board clean and run them out of resources.

Don't be afraid of dropping a t3 Brann against most decks to contest the board (except in matchups you really need the value).

We have limited healing, so against combo decks, don't waste them. You can disrupt their combo using Rat or Brann + Rat, but keep in mind you need to have a way to neatly deal with them on hand.

Humility/Aldor + Enter the Coliseum: Humility first if you have a minion you need to get rid of, and after if you don't.