Update: Thanks so much to everyone for your interest in this deck! It is such an honor to be able to make it to the front page of Hearthpwn! Thanks!!

Hi, this deck has carried me to legend this season. It is crafted specifically to handle all types of match-ups on the wild ladder. It has enough aggression to keep up with aggro decks, while also having a stronger mid-game, and it has the burst to beat control decks. This is also my first deck that I'm posting to Hearthpwn even though I've been a member for a while now, so if you have any suggestions on how to make it even better, please drop me a comment!

First, a little about myself. My name is Mangomonkay#1147 and I have been playing since beta. I have consistently reached Legend rank many times using different original decks. I am also an arena player with about a 7 win average. I am completely F2P;I have never spent a single cent on this game, have never crafted a card using dust, and have only played with decks using the cards I currently own (yes you heard me, all the cards, including legendaries, that I use were pulled from packs, NEVER CRAFTED A SINGLE CARD.) All the cards I use were all pulled from packs, meaning often times I have to use alternatives to powerful cards found in other popular decks, even common cards. I just basically want to say that even F2P players can have success in this game : D 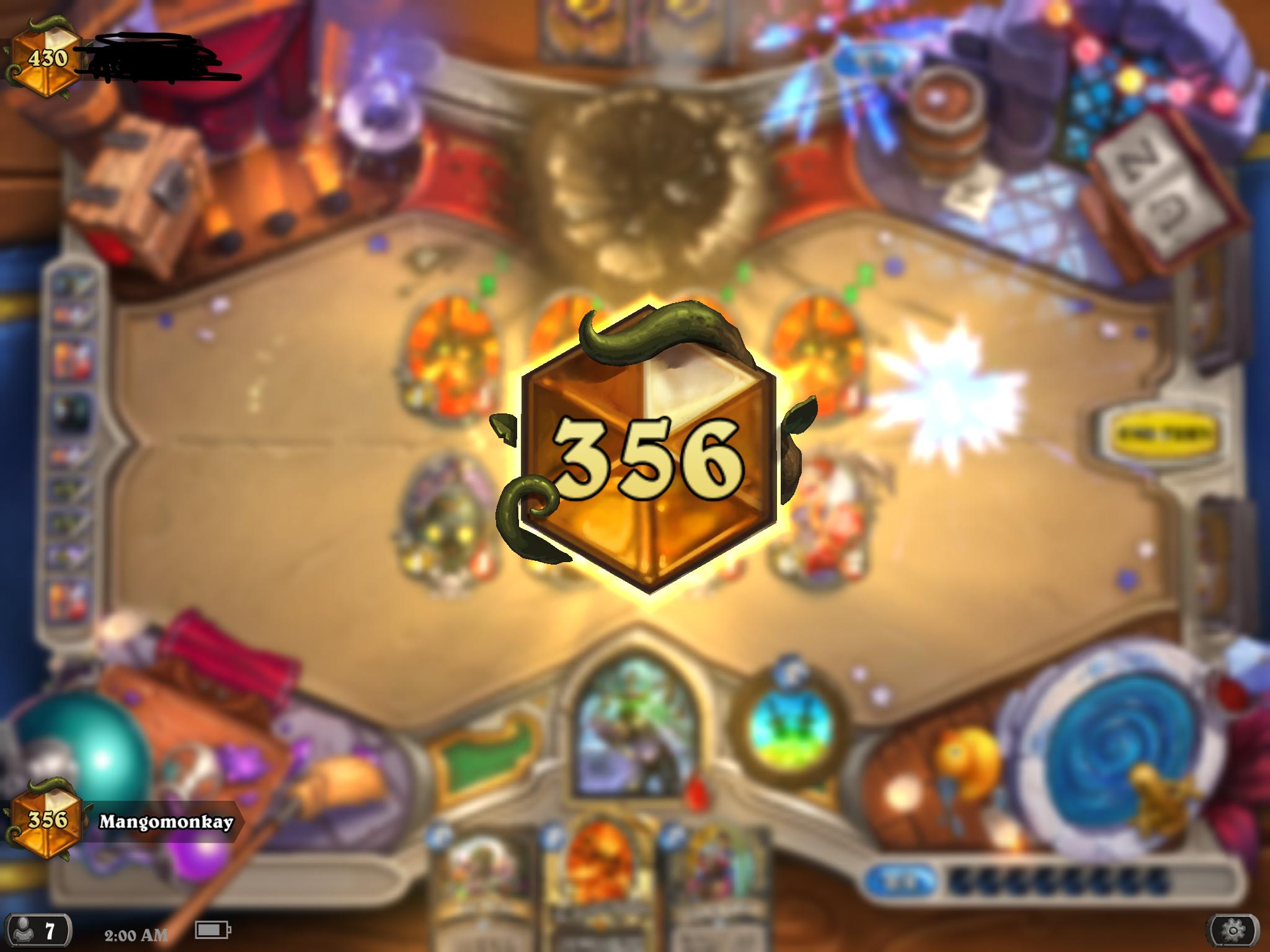 Update: Thanks so much everyone for all the interest in this deck! I'll try to continually update this with more in-depth commentary for this deck:

This is just a rough guideline. Mulligan depends heavily upon who you are facing. I will explain more in the next section.

With coin (having coin is so much better than not having it with this deck):

This is probably the hardest part of the deck. Whether you can win a match-up or not depends heavily on what you do in the first few turns. Remember, this deck is all about TEMPO. Try to establish board dominance as quickly as possible because it's not easy to come back from behind with this deck. But against aggressive decks, sometimes you have to plan out your turns ahead of time and not throw everything down immediately.

1. Rogue's dagger hero power is the best early game hero power in the game. Oftentimes, it's not wrong to simply dagger up turn 2 and not do anything with it until later. In some situations, such as facing other aggressive decks like pirate warrior, quest rogue, token druid, etc., dagger turn 2 and saving your Southsea Deckhand for turn 3 can help you steal board pressure away, especially if you can play another 2 drop like Ship's Cannon and Undercity Valiant on turn 3.

2. Most opponents you face now carry some form of turn 2 removal. (Warrior with Fiery War Axe, Mage with Frostbolt and occasionally Flamecannon, Druid with Wrath, Priest with Shadow Word: Pain, Hunter with Quick Shot, Rogue with Eviscerate or Backstab + Dagger, Shaman with Lightning Bolt and aggro Shaman with Rockbiter Weapon and Crackle.) Understand this and learn to play around these for you're important minions like Ship's Cannon and Southsea Captain. For Ship's Cannon, don't drop it on an empty board turn 2 unless your opponent threw away all their cards in the mulligan. Remember, especially against aggressive opponents, saving your Ship's Cannon for a turn 3 play with a 1 drop pirate while dagger-ing turn 2 might be the correct play. If you have no strong turn 3 play, and are likely to only play a Ship's Cannon on turn 3, then play it turn 2 for the tempo as if the opponent can't remove it, you have a good chance to make a powerplay turn 3.

3. Play for the board in the early-game. This means running your 2/2 buffed Patches the Pirate or 3/2 buffed Southsea Deckhand into the opponent's 1/1 (1/3 minion like Sir Finley Mrrgglton, Northshire Cleric, and Tunnel Trogg too for Southsea Deckhand, especially if the opponent is playing an aggressive deck, even if they have a hero power that can deal 1 damage. Remember: when you have stuff on the board and they don't, they not only have to put stuff on the board, but also have to clear your stuff using mana to get board back. If they hero power to remove something, they are already behind on tempo, unless they're Rogue.

4. Sometimes, it's best to put out a Naga Corsair on turn 4 or 5 without using it's battle-cry strictly for the having a minion on board.

5. Never keep 2 Backstab's in your opening hand. Remember: you can't have board dominance with just removal and no minions.

I am adding in this section to explain some of the reasoning behind my card choices. It can also help you see what cards to modify in your own decks to meet your needs.

*Sorry I'm out of time right now, I will finish this section later...*

I know some combos are near-impossible to pull off, but I put them in just for fun : P