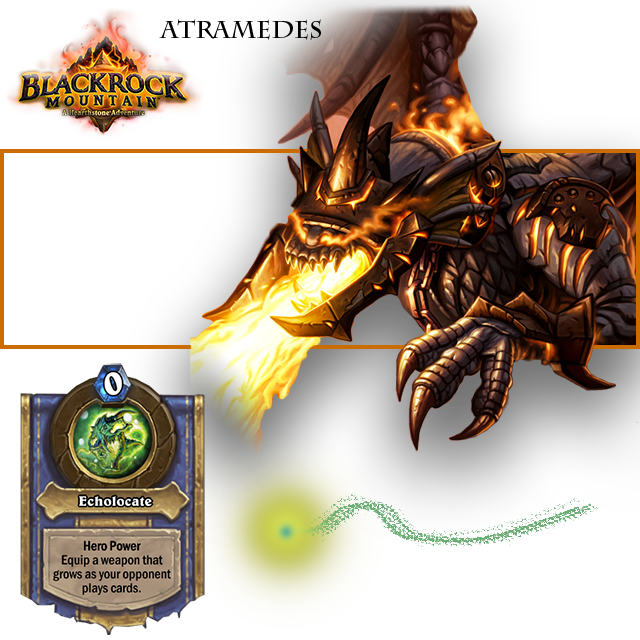 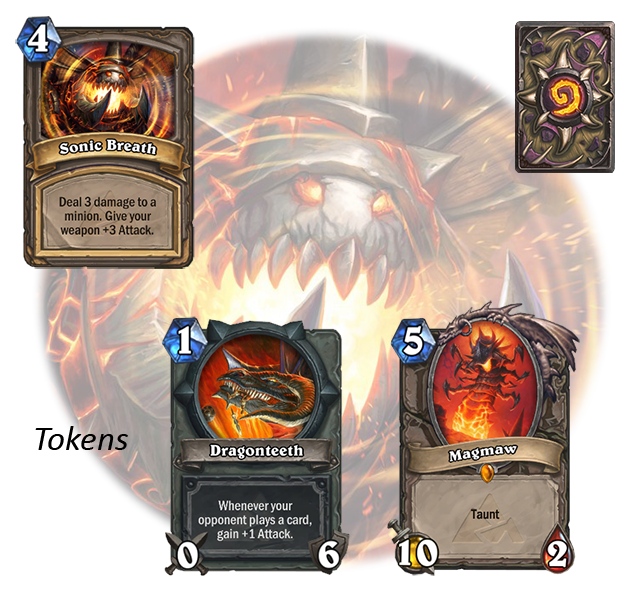 Mulligan Guide: Atramedes is not that tough to conquer. As long as you keep putting out Taunt minions he won't be able to damage you anyway. Your Frothing Berserkers can get completely out of hand if he chooses not to deal with them. They are good to start with, but you should also look for something that can destroy his weapon because it will make it easier on you.

Every time you play a card he will get a +1 Attack bonus to his weapon. If you destroy his weapon he will get a new one for free, but it is reset back to 0 Attack. Even if you can't destroy his weapon you can force him to keep attacking your Taunt minions and essentially kill himself trying to break through your wall of defenders. If you cast Blingtron 3000 he will keep whatever weapon he is randomly given, which nearly always puts him at a disadvantage, until it is destroyed.

There really are not too many threats that you can't deal with in this encounter, but you will need to watch out for Dragon's Breath if your Health gets low. If you're able to play your Harrison Jones once he puts out a fresh Dragonteeth, then you can gain a huge card advantage.

You'll find that Atramedes is not the sharpest tool in the shed and most of the time you can easily run away with the game just from your Frothing Berserker. The Berserker will often be ignored because he prioritizes face damage above just about every threat on the board.

I've included a couple of Legendary cards in this build simply because they make this fight so much easier, but both of them could be replaced. If you need to make a switch I would add in either something else to destroy his weapon, like Gluttonous Ooze, or some additional Taunt minions.