So once I reached rank 5, I decided to explore more decks. I came across a silence priest in ranked and I thought, hey, I'll make my own! Sooo few games later, i climbed from rank 4 to Legend in a short amount of time. This is my first deck that I'm sharing on here and I hope you guys will enjoy it! 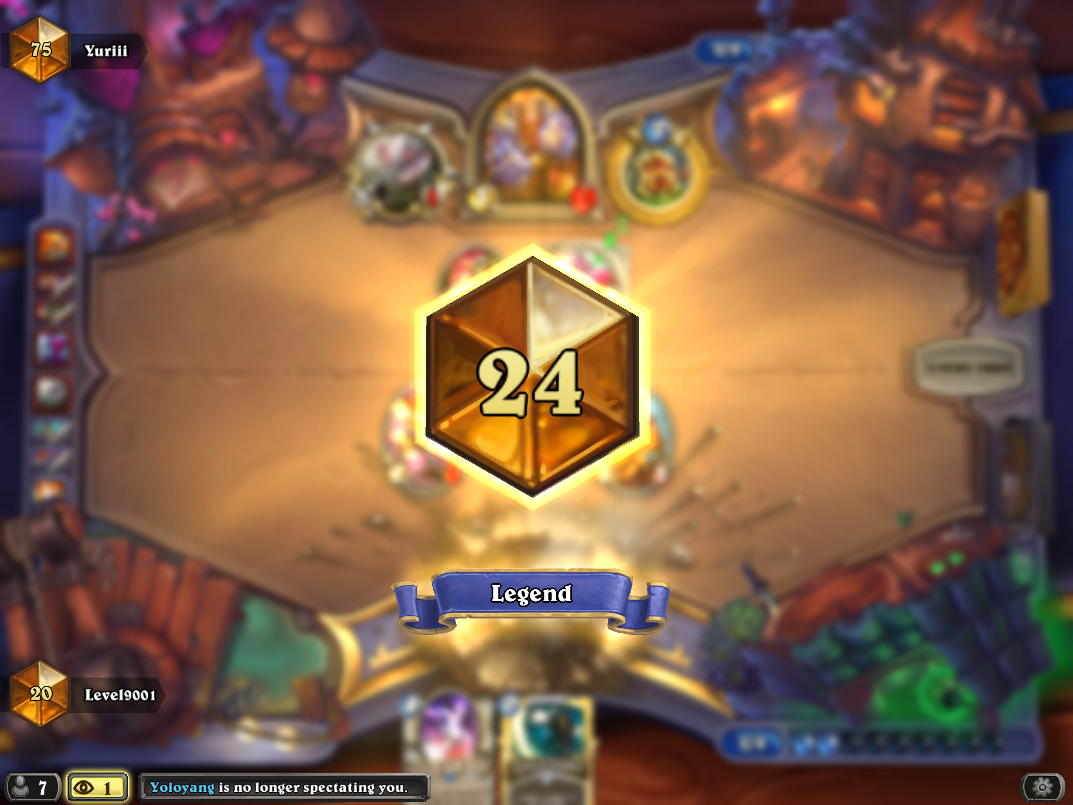 I went 37-13 from rank 4 and to Legend 22 currently. From the stats, you can see that the deck is really strong against Shaman (mainly Elemental Shaman). The deck is also strong against Taunt warrior. Pirate Warrior is a hit or miss, depending on your starting hand. Quest rouge is an issue if they complete the quest and play it by turn 4 or 5. 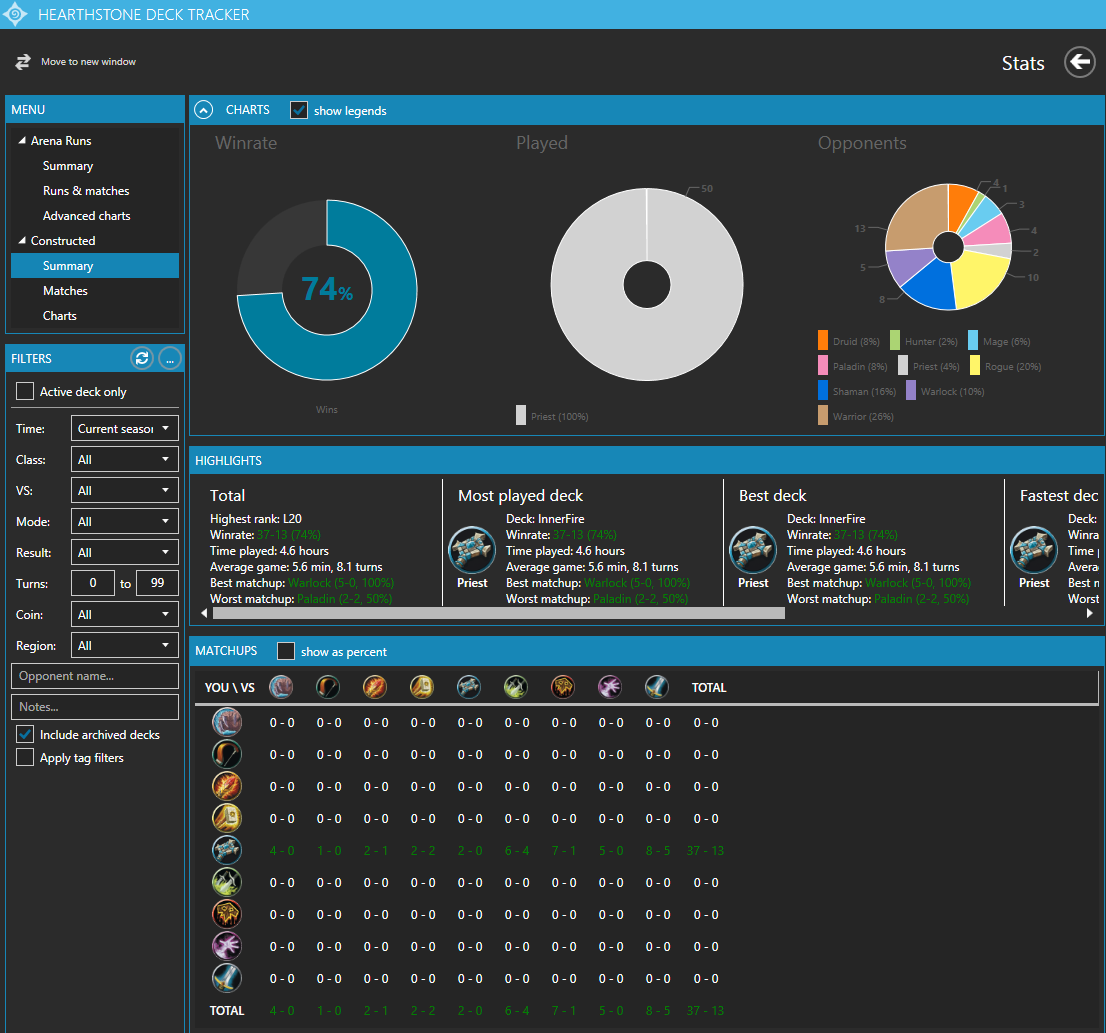 It's hard to pinpoint if the other person is aggro or control in the current meta, so mulligan based on aggro.

You want a combination of the following cards in your starting hand for the most part:

If you know you're against a zoo like classe like Warlock, Druid(new aggro druids), or Pally (new murloc pallys), then you would want to try to aggressively mulligan for Circle of Healing and Auchenai Soulpriest combo to clear their board in the early game and win by them having used all of their resources early on.

If you have coin, keeping Purify and  Ancient Watcher is a very strong combo.

Check out my Twitch Channel, hit the follow button, and catch me playing it sometime!

So the meta is always changing and I decided to change a few cards to the current version i'm running.

Explanation for changes:
Shadow Visions is a great card and adding two of these has allowed for the other deck changes. Shadow visions allow you to dig for situational cards based on the current board state. You can create another Divine Spirit for when you need a bigger taunt or Embrace the Shadow for when you have Circle of Healing but no Auchenai Soulpriest and need to clear the board.

Shadow Visions also creates the ability to have more potential Silence in your deck, which allowed for room to take away - 1 Kabal Songstealer and - 1 Sunfury Protector (because more minions will be used as big threats instead of defensive targets.

Mass Dispel is specifically teched in for Taunt Warrior. Many times there are multiple taunts in the away and the combo is in hand, so Mass Dispel helps with that. It also helps to free up the other silences in order to save those for your own minions and not have to use them on the enemies.

Lyra the Sunshard is a great card to get more situational cards and because of all of the cheap spells in the deck, it tends to get a lot of value.

If you want to see me play a few games with the new updated deck, I have made a highlight video from a stream I did!

Also, shout out to kiwiinbacon for making a showcase video of the original version! Check it out here: