Played this deck on November 7 2017 and went from rank 23 to rank 10 on a win streak with only one loss. Still a good deck to climb the shitty stages of ladder with.

Went from rank 20 to rank 3 with this deck. Not bad for a free to play (f2p) deck. I got to study for exams so I won't be playing for the next 2 weeks. If you can't win with this deck its not because the deck sucks (clearly if I hit rank 3). This deck is meant for f2p players trying to rank up. If you are trying to hit legend be creative and edit the deck with cards that most f2p players won't have. If you can't hit legend without copy and pasting someone's deck then you really don't understand the mechanics of hearthstone. Don't babyrage in my comments that you're not creative enough to upgrade the deck with better cards that you payed for. 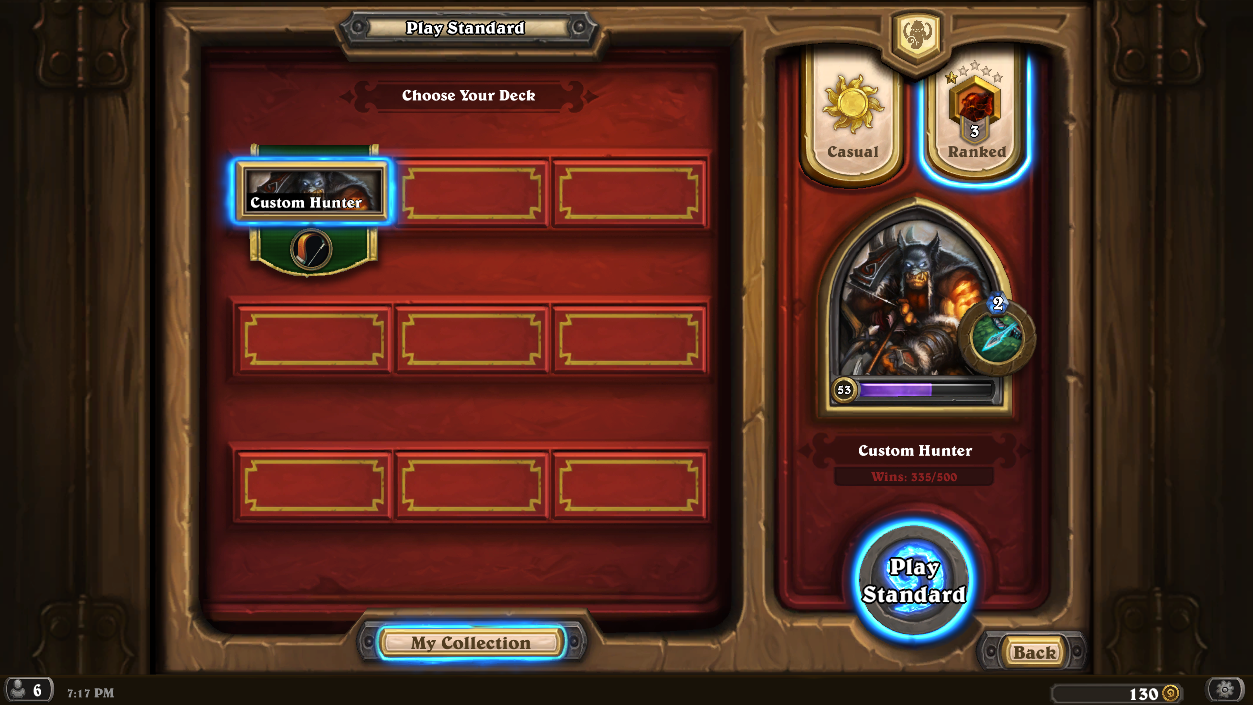 UPDATE:
-1 Jeweled Macaw because it wasn't a strong enough 1 drop
-1 Raptor Hatchling it thickened the deck with another 1 drop
-1 Smuggler's Crate having 2 was just too much and a shit top deck late game
-2 Ravasaur Runt after many games I realized this card was just garbage
-2 Tar Creeper it was not a beast and was useless on your turn
-1 Stegodon having 2 was too slow but its nice to have 1 against pirate warrior
-1 Volcanosaur its too slow for this deck
-1 Knife Juggler its not a beast so I kept one
+2 Alleycat high chance of one surving to adapt on turn 2, if both alive insane synergy with dire wolf
+2 Fiery Bat contests all 2 drops and deathrattle effect nice to use against exodia mage
+2 Dire Wolf Alpha just an insane card for this deck, works nicely with alleycat
+1 Golakka Crawler because fuck pirate warriors and swashburglars in quest rogue
+1 Vicious Fledgling this card is nice when it hits face but doesn't happen too often so run 1
+1 Cult Master the card draw off this has helped me win alot of games
+1 Reckless Rocketeer aka the poor man's Leeroy, if you have Leeroy use him instead

Get rid of anything that is 3 mana or higher. If you see a priest/control warrior Stubborn Gastropod is your best friend. This deck beats every deck easily except for taunt warrior, elemental shamans, and priests. Sometimes I blow out these tough matchups, sometimes I win through a tough battle, most of the time you get rekt. Rogues get rekt. Hunters get rekt. Pirate warrior is 50/50. Discolock gets rekt. Controllock gets rekt if they can't find hellfire. Paladins I have not seen at all. Mages get rekt.

GAMEPLAY:
"DO ME TRADE? NO! ME GO FACE? YUP!" Unfortunately, you can't go face and expect to win, early board control is key, and you must make tactical trades and choose the best adaptation for your current situation. IE, get poisonous for taunt warrior, +3 health against mage to avoid AOE clear, stealth when you have lethal next turn, taunt when facing pirate warrior, and can't be targeted by spells when facing mages, priests, or warlocks.