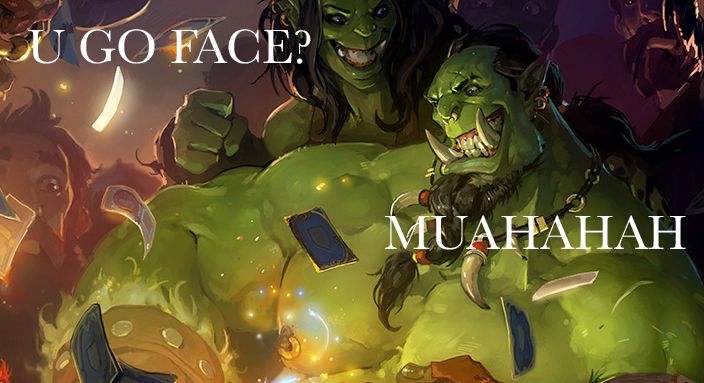 it's with pleasure that today, finally, I hit legend for the first time in two years. I always HATED pirate warrior decks, but after the HCT 2017 I realized how strong it was. Please forgive me if my english sucks a little, I am italian, our schools do not work very well!

I am an average player, (in game GatoBorracho#2201) I started with HS 3 years ago, but I never played too much or at least I always refused some decks like this one :P This season I hit rank 5 on the 5th of the month with the super fun decks murloc shaman and murloc rogue. Then I switched to a more performing Dragon Warrior, but I couldn't pass the wall of rank 2. Yesterday I though about the aggro pirate warrior, and in just 20 games I hit legend.

The deck is pretty much the same cancer of every day, but with some few tech changes, that granted me an almost 100% winrate against any other aggro deck!

It's useless to explain you the mulligan, but in my experience is:

- in mirror match, keep Harrison Jones if you also have a 1 drop. ALWAYS!

I changed just three cards, but it is dramatically performing.

1) Harrison Jones instead of Naga. Same cost, same body, definitely better against weapons. A +1 for your weapon is not so relevant most of the time. The chance to draw up to 2 cards YES.

2) Slam instead of Upgrade. This is tough, but some times you really need to draw a card.

3) Revenge instead of Sir Finley Mrrgglton. Despite Sir Murloc is very important for some, I understood that this card really matters if you can get the Hunter's HP or, very few times, the Warlock's. Revenge instead is very useful to clean the board, especially in the end. Since Shaman is very present in this meta, the biggest issue is to kill the 2/3 wolves. Especially if you already have equipped a weapon. Anyway is a card that I changed for the last few matches, since in the end I only found pirates. My advice is: keep it if you find at least 1 shaman every 3 matches.

Unfortunately for some matches the Tracker did not worked properly, so I don't have the complete records. Anyway I can tell that the missing 6 are: 1 lost against Renolock. 2 win against Shaman, 3 against Warrior.