So a lot of guys asked for an update. I didn't put a lot of effort into this, but this is probably the best list atm. This deck shines vs slow decks, but it has decent highroll chances vs fast decks because of Call to Arms. Have fun!

Below is the guide that is almost 1 year old

I reached legend in wild as the first player this season. I have kept the #1 spot all season (except for 2 days, but I got it back pretty fast). 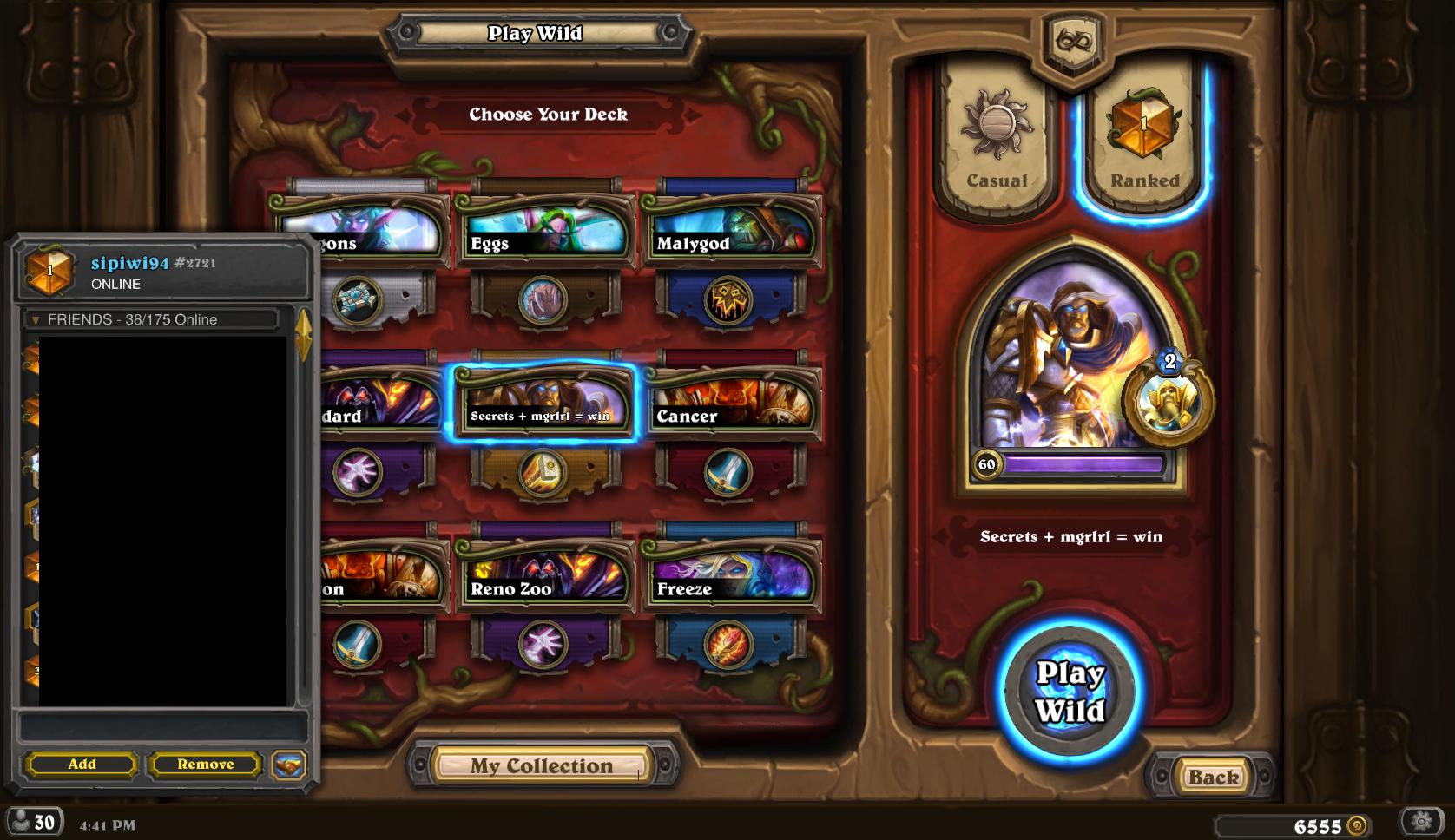 I used this deck to reach legend so I thought I would make a guide about it. Hijak is another legend player from EU, who gave me the idea of using Mysterious Challenger to thin your deck rather than having to use cycle cards to draw your murlocs.

How to play this deck

This deck is Secret Paladin 2.0. You pressure like a Secret Paladin and curve into an OTK if you the opponent manages to stabilize. The deck doesn't contain a lot of burst before turn 10, so board control is very important. Always make efficient trades to keep and snowball your board.

Since there are a lot of wild decks I prefer to talk about archtype matchups.

1) You pressure them early and win because they don't have a way to clear you board.

2) You manage to stall the game and win with Anyfin Can Happen before they kill you or get a huge taunt wall.

You lose if the control deck gets board control before Anyfin becomes relevant. Also sometimes this deck runs out of steam if you draw a lot of secrets.

Key cards: You always want to curve out strong in the first 3 turns, but Divine Favor Finja, the Flying Star and Mysterious Challenger are often good to keep against control.

This is the weak link of this deck. It is not impossible to win, but you need to draw more early game than your opponent or get a lot of value out of Wickerflame Burnbristle (sometimes combined with Redemption.

If you are able to play Finja, the Flying Star or Mysterious Challenger without dying you are likely to win, but don't keep these cards in your starting hand against aggro.

Against these decks the game is pretty straight forward. You mulligan for a good curve and try to pressure them hard enough to win. Against combo decks it's sometimes useful to force them to use combo pieces to survive.

Dr. Boom Obviously a very strong card that is good when you can afford to run more 7+ cards.

Sludge Belcher Lately, it seems good to cut 1 Divine Favor for this card to improve your matchup against aggro.

Loatheb Just like Dr. Boom this card is great in control matchups, but not against aggro.

2nd Haunted Creeper I have thought about this card a lot, but I simply don't know what to take out.

If you have any questions about the deck or wild in general I am happy to answer them.