Hi guys I'm a legend Hearthstone player from Chile that have finished Top 200 two times (november 114 and december 108) and other months I almost always finish over top 500.

This season i have reached legend in just 3 days, being the 1st legend of the season, so today I'm bringing you a guide of my Renolock deck that i have managed to reach legend quickly, hope you like it :D. 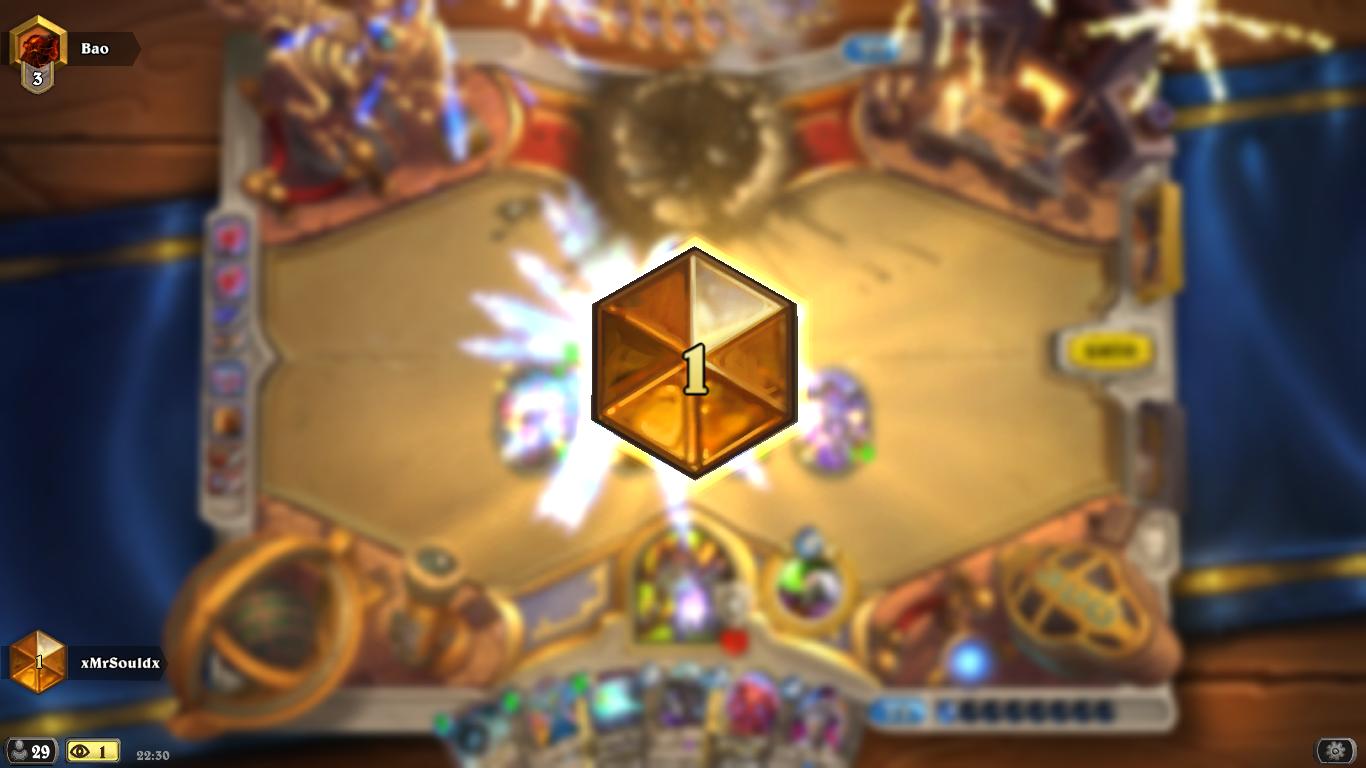 Why Sylvanas Windrunner and Shadowflame ?

Many people think that sylvanas + shadowflame are bad cards in this meta because that cards almost always die in hand against Aggro Shaman/Pirate Warrior but with the rise of Mid-Jade Shaman( that is supossed to counter aggro decks") that cards are really good against that kind of shamans.

When you dont have any AoE spell left in your hand/deck against mid shaman you usually lose, so with combo that may not happen so often, for example: 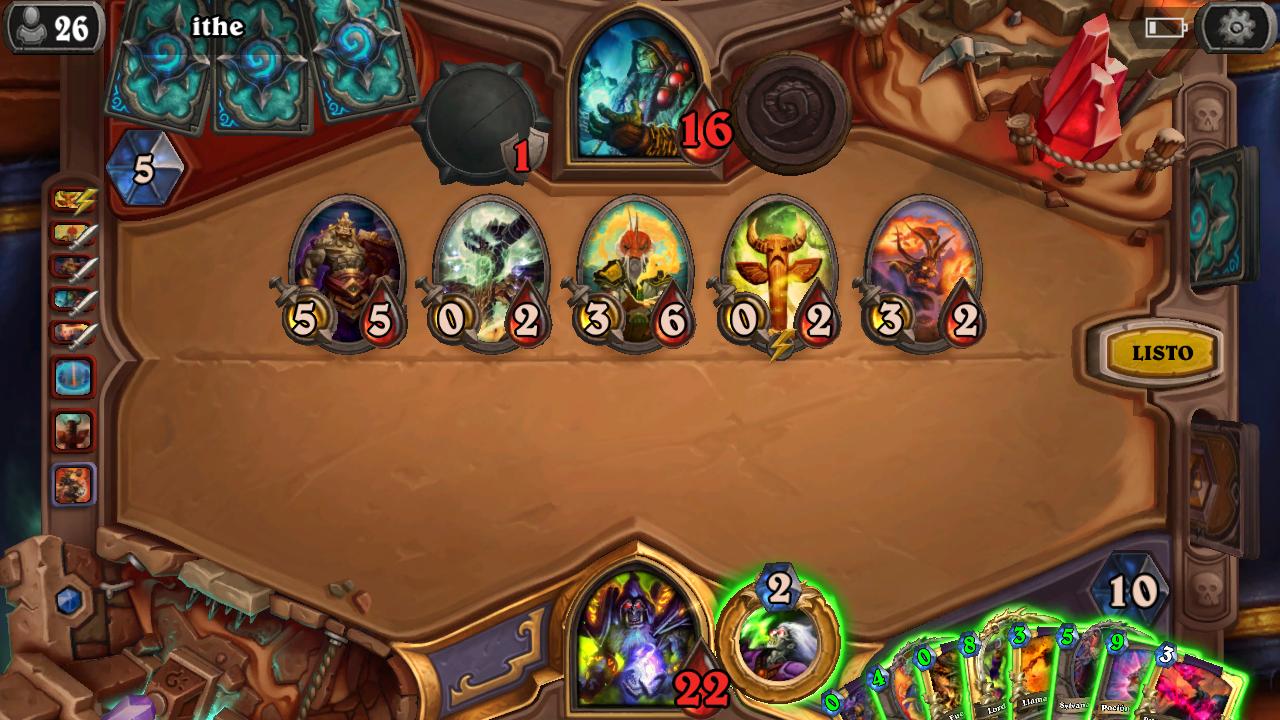 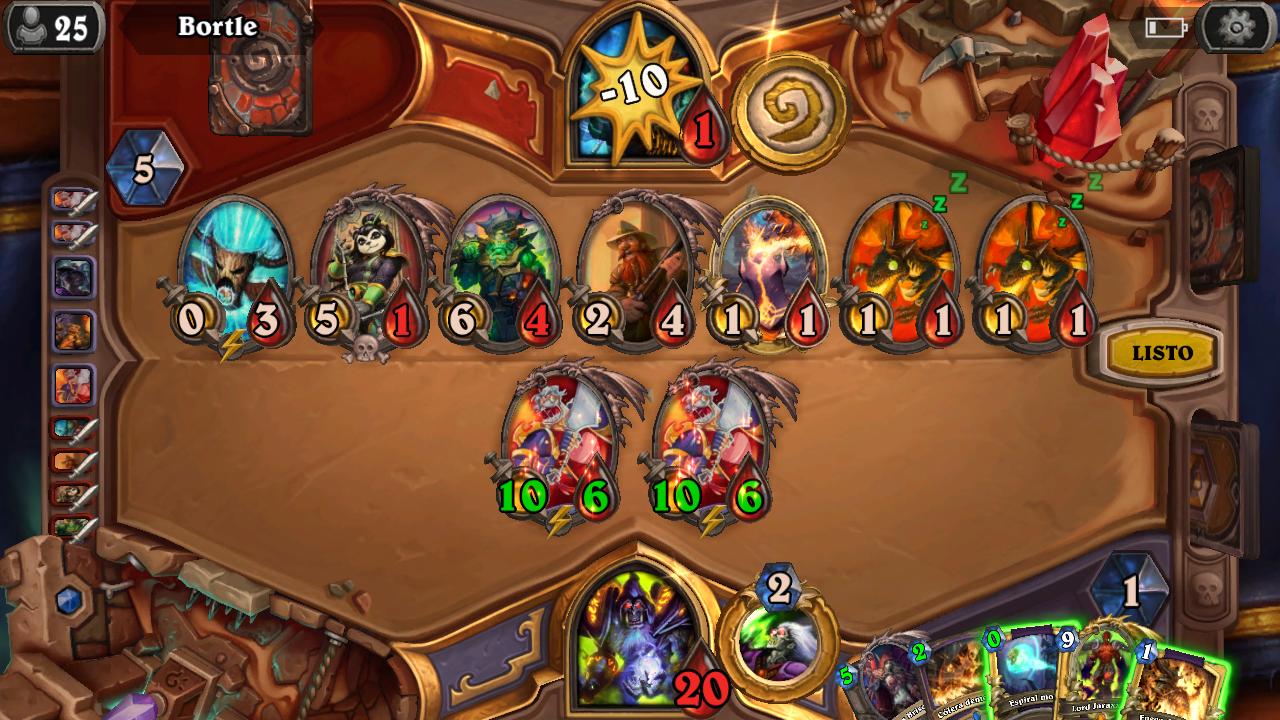 Also Combo Package improves the mirror match up a lot bescause there aren't many people running combo in their lists because combo cards are bad against aggro and people its trying to addapt their decks to win against aggro shaman, so the "combo" helps to counter the "counters" of the aggro shaman.

Why no running Mistress of Mixtures or Faceless Shambler? Are you Crazy?

A 1 mana 2/2 it's poor imo and against shamans it doesn't helps in nothing because they just kill it with the Jade Claws. This cards only really helps against pirate warrior but the thing is that i have not encountered many pirates warrior in my climb to legend but if u are facing many of these guys i recommend that you play the anti aggro renolock version ( with corruption and stuff)

I don't like faceless shambler because it's a win more card since you need to have a big minion on board to be good and no I'm not crazy haha, just tried to adapt my deck to the meta and it worked pretty good :).

and what about Blastcrystal Potion?

This match depends too much on draws. Mulligan to: early cards, Reno Jackson, Hellfire, Kazakus

The most important part is don't tilt if you lose because shaman is very over powered and is normal that this happens, just keep it up!

note: if you are facing more aggro than midrange shamans change to anti aggro lists because this deck shines against midrange and control decks

Mid-jade Shaman: very favoured match up ( just lost 1 of like 40 games that i played against this, maybe was luck but i don't think so)

Control the board and try to set up your combo,don't waste your AoE spells because are really important in this match up.

You play this match up like against the older midrange shaman before Msog.

Be aware of Bloodlust, some lists run it so be careful about that card.

Mirror match: very favoured if anti aggro lists, if not 50/50.

The win condition in renolock mirror match is jaraxxus but Jaraxxus only has 15 hp so as I'm running the 20 dmg combo, this is a nightmare for all the no combo renolock lists and in this meta anyone except me was running combo i think lol

Hard mulligan to drake and mountain giant, also you can keep Emperor or sylvanas.

with coin: keep doomsayer if you have the drake of the giant, that could deny your opponents turn 4, making that your opponent have to do bad tempo plays (like using a blastcrystal to kill your giant for example).

At least there are not many rogues on ladder because it's really bad against any kind of shaman.

This is a very difficult match up, try to play proactive building a board against them.

Hard mulligan for : twilight drake, mountain giant and u can keep thaurissan because for druid its very difficult to deal with it in turn 6( they can use swipe or feral rage but they lose a turn doing that).

Against Jade: if u can play a turn 4 mountain giant its almost game for you because druid can't deal with an 8/8 in turn 4, if not ,try to control the board and Leeroy combo its really good in this match.

Against Aviana/Malygos combo its almost free win for them, you can't kill them before they get all their combo. same strategy as against jade druid.

Hard mulligan for : twilight drake, mountain giant and u can keep thaurissan because for druid its very difficult to deal with it in turn 6( they can use swipe or feral rage but they lose a turn doing that).

Against Jade: if u can play a turn 4 mountain giant its almost game for you because druid can't deal with an 8/8 in turn 4, if not ,try to control the board and Leeroy combo its really good in this match.

Against Aviana/Malygos combo its almost free win for them, you cant kill them before they get all their combo. same strategy as against jade druid.

A priest can't deal with a 4/9 in turn 4, simply as that, be careful against drakonid operative, that could steal you a Leeroy so play around that.

Jaraxxus is way too good against priest :P

Reno its the MVP in this match, many times you will win just because you had Reno, simply as that.

Hard mulligan for Drake, Giant and Emperor, also you can keep Lord Jaraxxus

You have 2 ways too win against reno mage:

1. A mountain giant on turn 4 could end the game if the mage doesn't have the polymorph, because you can copy your giant with faceless( if you do that be careful about frost nova + doomsayer, make sure you have an answer for doomsayer before you copy your giant).

2- Brann+ Kazakus into armor potion then Lord Jaraxxus on turn 9 and next turn play the potion. (this is the mostly common way to win against mage, jaraxxus is a problem against all control decks because it's like infinite value, the only problem of Jaraxxus is his 15 hp so with Kazakus potion you solve this problem).

Well i have finished my rank 1 legend deck guide so I hope that you liked it :D

Any question about the deck/ winrate  pls comment, it's free haha

Post data: Sorry for my english if i wrote something wrong.