First of all; sorry for amateur english, I hope you will understand what I want to say ;)

Most important: Why not Pyroblast, if you put Inkmaster Solia?

When I saw Inkmaster Solia first time I thought "damn, 0 mana pyroblast!". I put it in my deck, but almost never used Solia + Pyroblast. 95% of time, pyroblast is needed just to end the game with 10dmg into enemy face. You may consider Solia + Pyroblast in other deck type, when you need to use other spells than pyroblast.
So, if not Pyroblast, why I use Solia? 2 options: Arch-Thief Rafaam spell or Kazakus 10 mana spell. That's all.

-Baron Geddon, Mind Control Tech - vs aggro, you can replace it easily

Remember that this deck is very flexible, you can replace many cards.

I hope you will have fun with this deck, it's my first deck publicated here, so you can motivate me with some upvotes :) 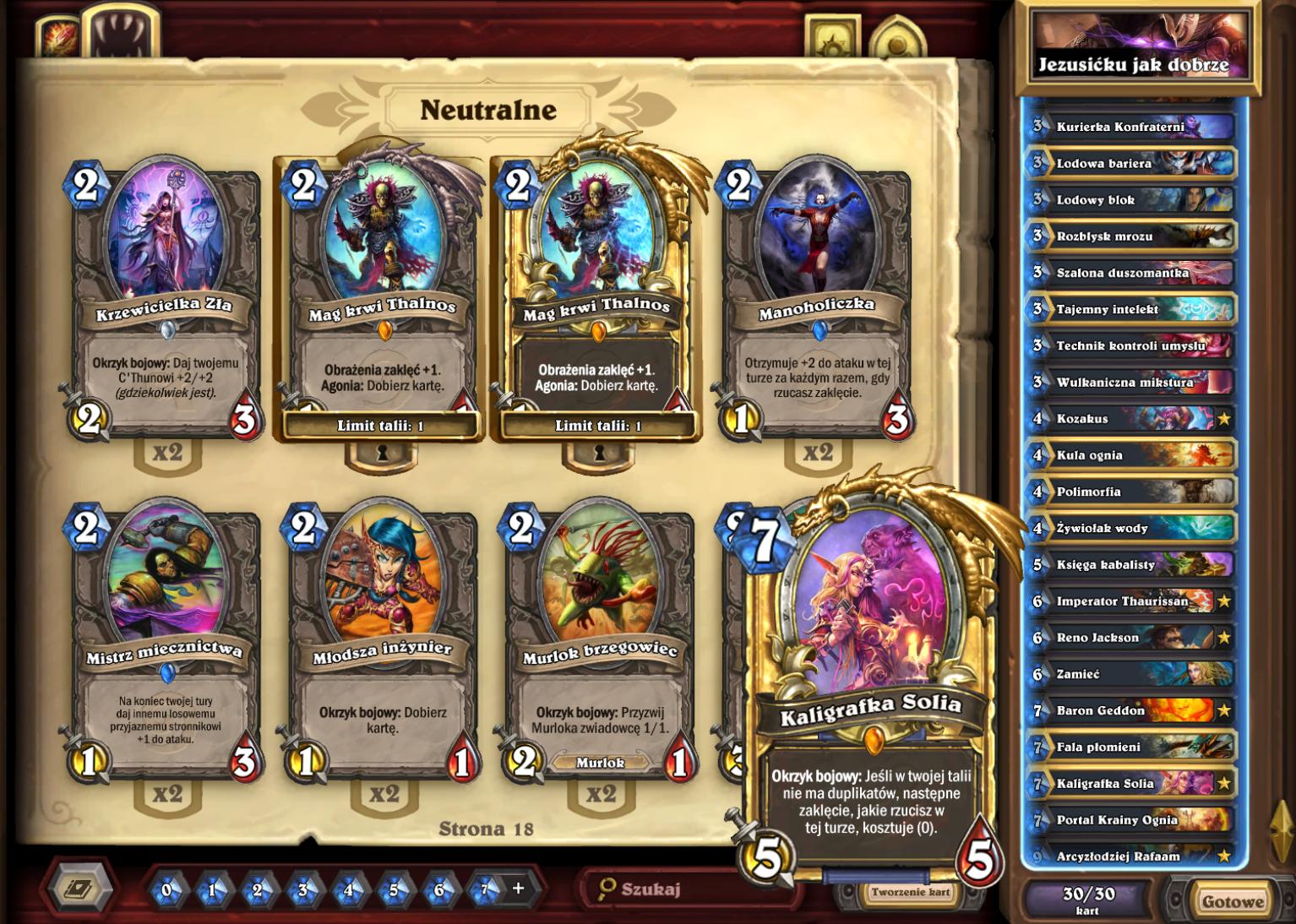