Thought rogue was going to be very weak this expansion....but just blasted through ranked with this deck. The key with this deck is to keep board control with minions. Make opponent be in a defensive position.

UPDATE 12/5/2016: I think my high win rate on ASIA server was due to being the first day on ladder and caught people by surprise. I attempted climbing the ladder to my usual goal of rank 5 for season(to get epic golden card) on U.S. server, and I stalled at rank 9-10. Pirate warrior was now one of my hardest matchups. Thus, I made these changes: +1 argent squire(turn 1-2 for pirate warrior is too hard to counter without backstab), -1 buccaneer, +1 small-time buccaneer, +1 acidic swamp ooze, -1 Southsea squidface, -1 Si:7 agent, -1 Bloodsail Raider, -1 Captain Greenskin, +1 Silthid Swarmer, +1 Argent Horserider, and +1 Coldlight Oracle. And then got to rank 5 a few days ago. If anyone wants proof lmk, I can screenshot. 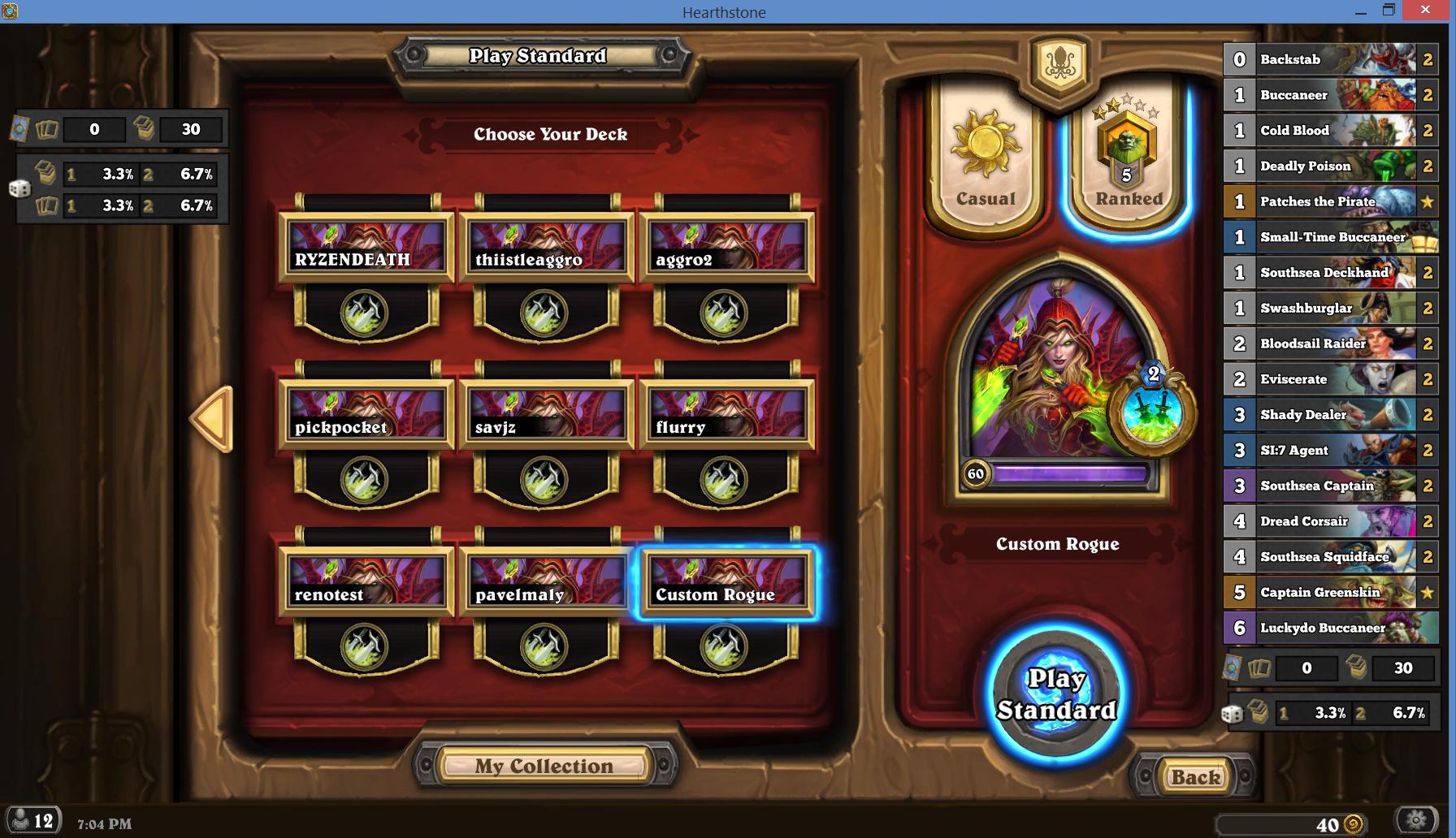 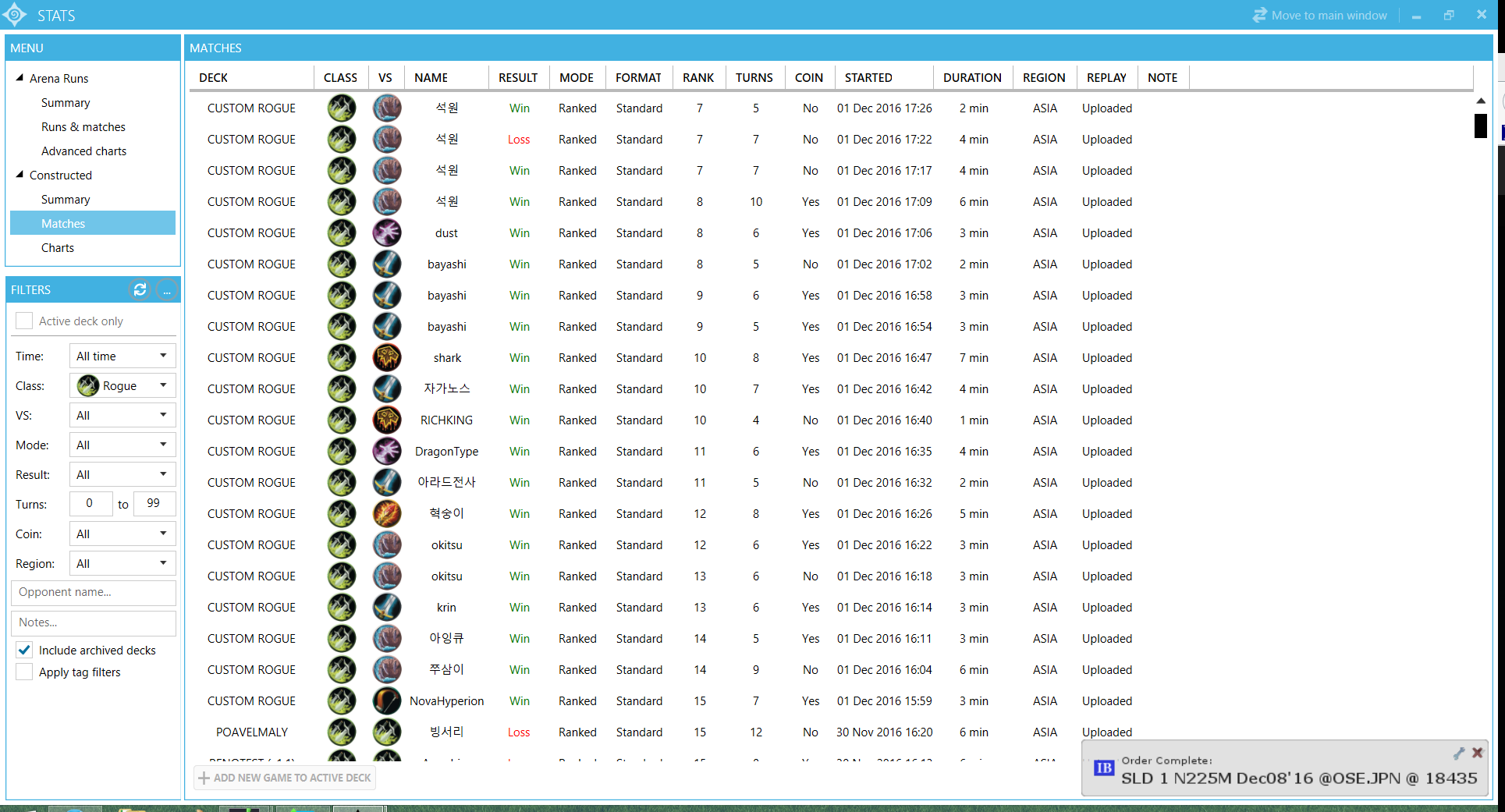 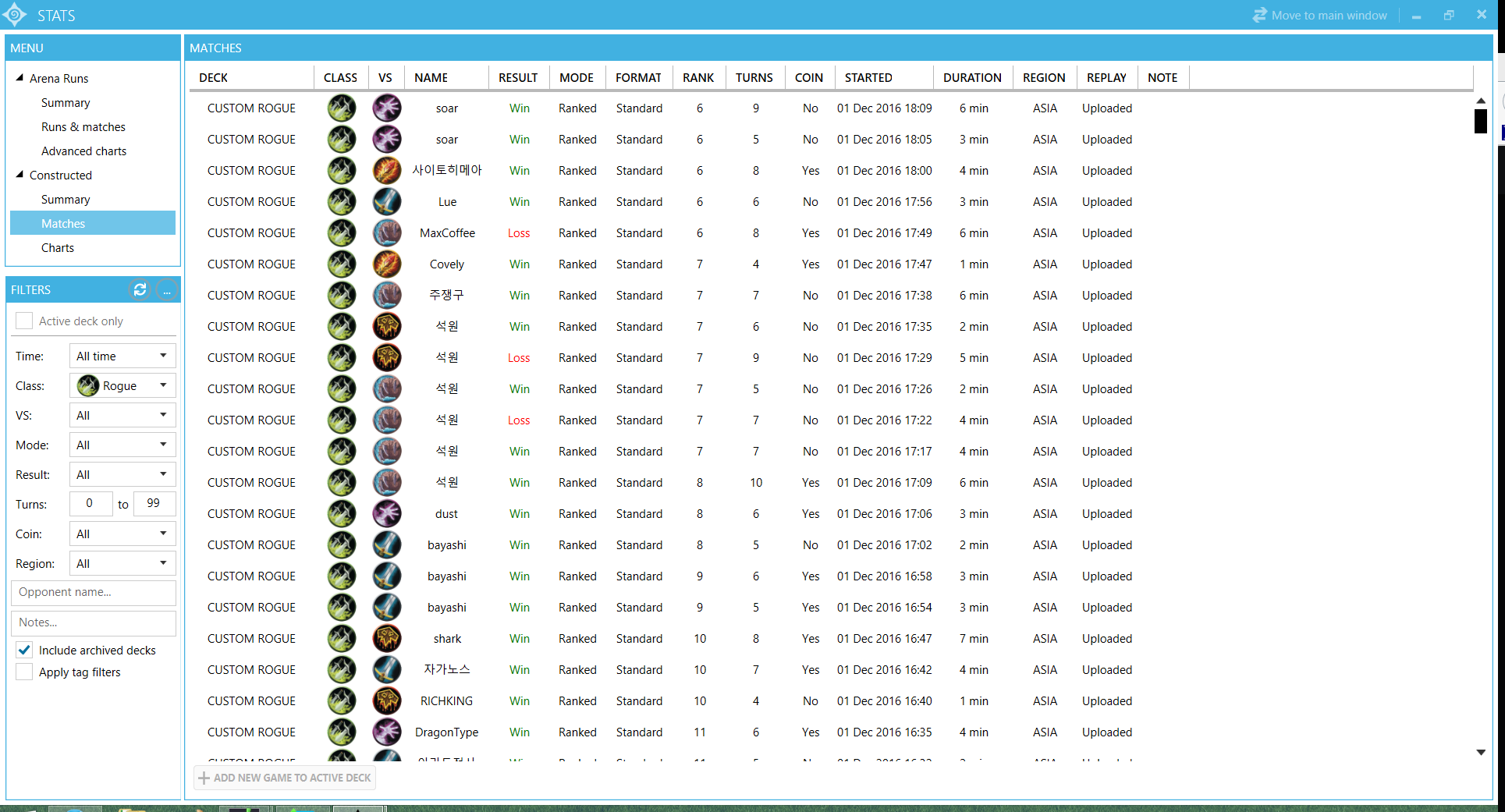 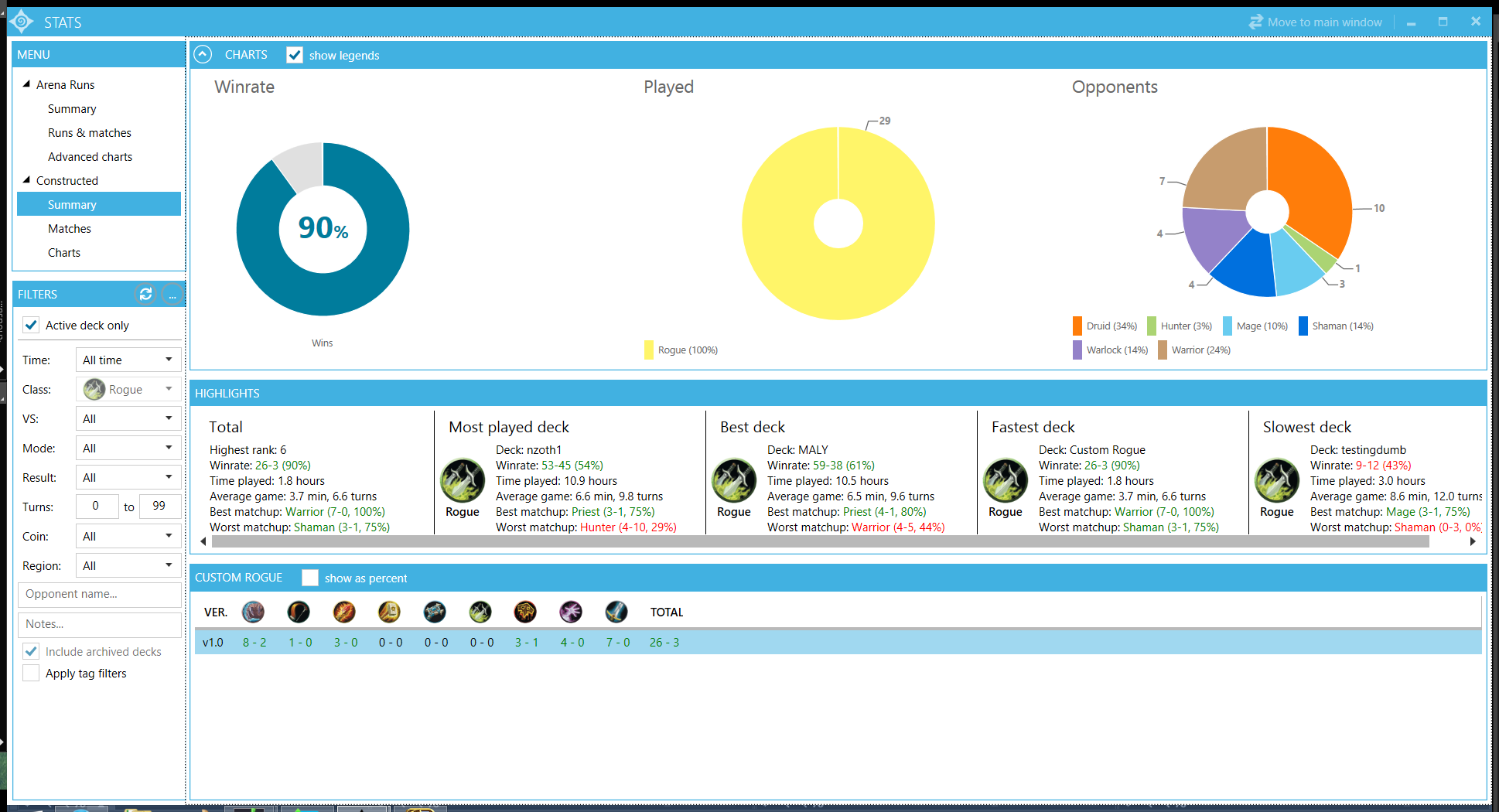 Cards I'd definentely consider adding: Another Small-Time Buccaneer. THIS is the one main card you want to mulligan for in your starting hand. So having 2 will help you have a better start. Might replace southsea deckhand or swashburglar for this.

Cards that might be beneficial but needs testing: Spiteful Smith(Replace either captain greenskin or luckydo)