*Updated my deck a while back but neglected to update here. Put in Heroic Strike for the nerfed buccaneers and decided Death's Bite is worth using to keep the weapon chain going and pump up our Frothing Berserker. Crafted the 2nd Southsea Captain.

Pirate warrior has plenty of tools to succeed in Standard, but can be even better in Wild because of Ship's Cannon providing some bonus damage and improving the pirate synergy. Almost half of our deck is pirates and we have 6 weapons, so activating Bloodsail Cultist is fairly likely, giving you an extra swing and extra damage.

This is a face deck, so be aggressive. Try to use your weapons to remove taunts and dangerous minions. Think of the game as a race you are likely to win. Don't waste damage on small minions except to protect your own. I went 12-3 in initial testing and found I can hit rank 5 quickly and reliably. Over the past few seasons I have gone 42-18 (exactly 70% win rate) as you can see below. The current decklist is 21-8 (72%).  Be sure to report your results/questions/suggestions in the comments section. 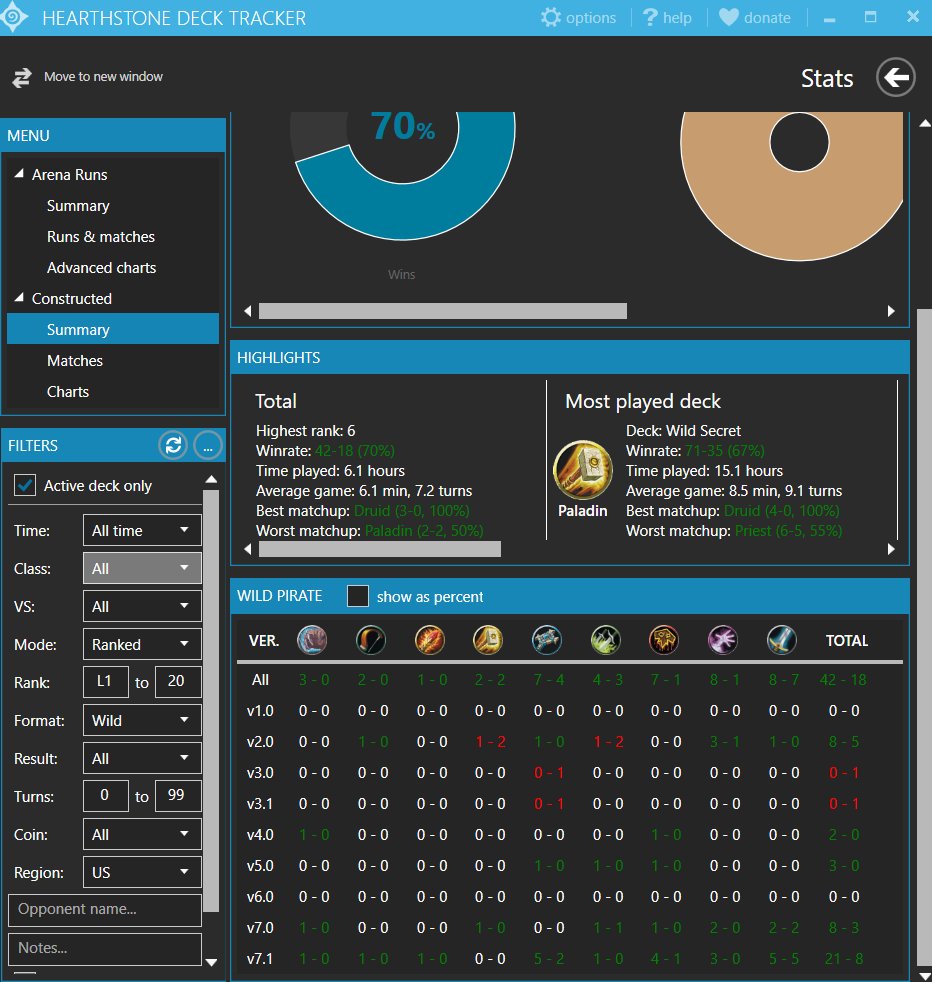 Mulligan for pirates and either Fiery War Axe or Upgrade!.
Always keep N'Zoth's First Mate and Small-Time Buccaneer.
Keep Ship's Cannon with the coin.
You can keep Sir Finley Mrrgglton with the coin and a pirate. Choose hunter, warlock, mage, or druid hero power.
Never keep Patches the Pirate, obviously.

Hoist the sails and have fun! Your comments and suggestions and feedback are always welcome. Don't forget to up-vote if you like it!

For my latest Dragon Pirate Warrior deck for use in Standard, see: http://www.hearthpwn.com/decks/582228-dragon-pirate-warrior

One recent result just for fun. Can you figure out how this happened? 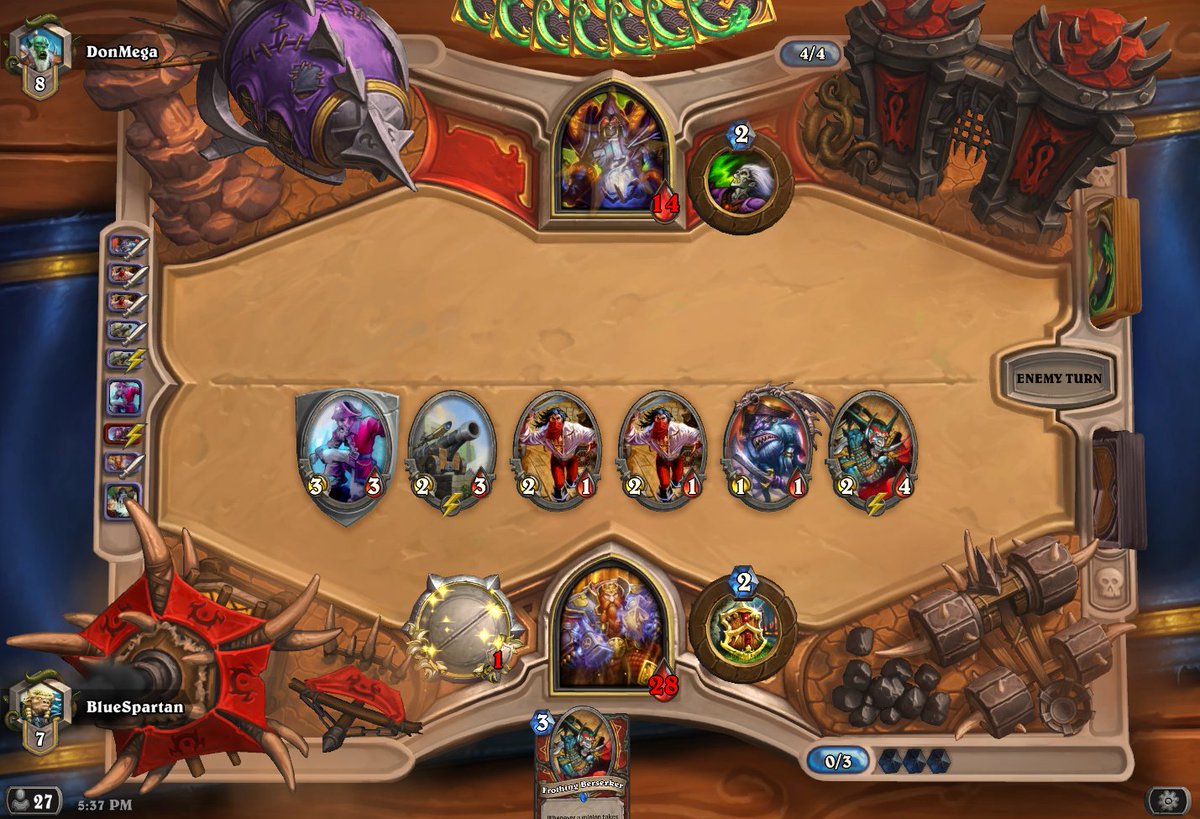 Note: The warlock is dead even if he uses Hellfire! My weapon is a 4/1, the berserker would become a 7/4, and the warlock would go down to 11 health.