Hello there beautiful people,this is my first and propably the last(i am a lazy a**hole) deck guide i make.So before we start let me make two things clear(skip to guide part if you are not interested):

The story behind the deck:

Last season i reached legend with a c'tun/yogg druid,then as i always do i went full yolo on deckbuilding which threw me below 7000 rank.In my rank downfall i felt like playing my all times favourite deck(handlock) and did so.The results were pleasantly surprizing.Climbed back to 2500 something rank!Not only that but I kept using the same deck this season and reached rank 5 two days ago.Now why i made this guide?Because of the amount of people that add me just to ask about the deck!I had 38 friends 3 weeks ago and i have 75 now.So  i said f*ck it,i am making my 1st deck guide.

The future of the deck

Since i am a lazy a**hole,i propably won't update the deck or upload stats.<<But dude with no stats i won't believe you!>> Well you are propably wise then since this is the internet and you shouldn't take anything in face value but i am to lazy to care and went out my way to create this guide in the first place :D .

Now with that being said let's jump to the guide!

Before we get in to detail in order to play effectivily the deck you must not be a p**sy.Even without effective healing and Molten Giant you must tap A LOT.Seventy percent of the times you wonder if tapping is the right choice,the answer is yes.

Edit:My real friends asked me to spectate their games because they had problems with midhunter and midshaman in order to give them advice.After watching their games and the videos showcasing the deck i realised that a good portion of players play the deck with the wrong mentality.Guys you don't play control warrior,you play handlock.A general advice i can give is this:If removing a minion doesn't allow you to play a huge drake or giant at turn 4 then most of the times you shouldn't do it.You will lose more games than you will win by playing passively.

I will give you an example to make as clear as possible what i am trying to say.Let's say you play against a midhunter and he has the coin.He plays a Fiery Bat while you have a coil,a giant and some other irrelevant at this stage of the game cards.If you coil at turn 2 you hindered your chances to win because you won't be able to play your giant at turn 4.So you have to let him damage you and tap at turn 2 and then tap+coil at turn 3.

Mulligan:Mortal Coil,Doomsayer,Twilight Drake,taunt givers.Those decks are hard crushed by midrange shaman so you propably won't run into them.If you do ,you want to stall till you are able to hide behind big bodies.Chances are against you though.

There is no point in building any deck that is unfavoured against midrange shaman atm even if it counters all the other decks lol XD.Mulligan:Doomsayer,Twilight Drake,Hellfire,Mountain Giant.What you want to do in this match up depends on your draw and your opponents plays.Generally though you want to stall with Doomsayer and play your big guys.Some useful tips:

b)Since midrange shaman is everywhere,shamans themselves run tech cards like Harrison Jones.So if you can help it play L.J after you see jones being played.The last thing you want to do is refilling their hand.

c)If you didn't play Doomsayer early then keep in him,so you can use him after you aoe to ensure initiative.I can't stress enough how important initiative is after turn 4 in this match up.

Edit:Since i am asked alot about this match up i will try to offer some extra insight:

In order to win you must realise that shaman will refill the board out of nothing no matter how times you clear it,so the usual control approach (REMOOOVE ALL THE THINGS) will fail hard.That's why decent shaman players have great win ratio even against control warrior. As a result you want to become the proactive player past turn 4 and  to aoe after he tries to reclaim the board.You want to force them in the reactive role so you want to have initiative past turn 4.Now how do you do that?That...depends on each game.The ''ordinary'' way is to stall with doomsayers and play a drake/giant on empty board and then snowball from there or aoe+doomsayer followed by strong minions afterwards.Ofcourse that won't work every game so many times you will want to do more innovative plays.There many times where i played giant+doomsayer at turn 6 while we both had stuff on board board just ensure i was the proactive player next turn.The only good thing about midshaman is that he has small or no reach.If you have the board he won't be able to ''burst'' you down like face decks do,so you can concentrate your efforts to maintain the board and not lose tempo to heal yourself.

You should have about 60%+ win against midshaman at ranks 20-5 and about 51-55% at ranks 5-legend.The dip in win ratio happens because at high/legend ranks you will face shamans that know what they are doing and won't play directly into your removal,giving you free wins.

Any midrange hunter can take 3 lines of play:

Counterplay: Mortal Coil,Doomsayer and watch them run out of gas while you are 15+ health

2) the annoying sticky deathrattle line of play with cards like kindly grandmother etc...

3)the secrets line of play

Counterplay:In both scenarios hunter has dealt little to no damage to you so you want to completely ignore them and tap to bring big bodies in play and then taunt them.Even if he deadlyshots one,that means he propably didn't put another threat and you can bring your next big boy out.If you are afraid of freezing traps then taunt your big boys and attack with your small stuff when you feel comfortable.

Mulligan same as hunter.The thing is that dragon warrior has no particular problem to skip a turn,your hellfire doesn't do much and your big guys are easily removed by weapons+favourable trades or executes.Even though i don't recall losing any game to them,my wins were achieved mostly through suprise factor (they thought i was a zoo/renolock).

You bring an endless amount of threats with lord j,just be aware of gromm and you will be fine.Mulligan:Mountain Giant and Twilight Drake

Generally this match up depends on draw and players skill.There is no clear plan since miracle rogue can do many different things at once and demands you to adjust accordingly.

Hahahaha get it?Priest!hahahaahaha ehem...The legend says that there is still a player that continues to play priest and reaches high ranks with it!If you manage to face that player of legend greet him,tell him well played and then concede.Honestly he deserves to win if he has the balls to ladder with priest :D or.... you can be an ass and win with L.J

Edit:I was asked to give some extra tips in this match up and i am honestly surprised you guys face priests in the first place.I faced only 3 in 2 seasons but since i didn't play for 2 weeks maybe i am missing something.Anyway mulligan:same as warriors but you should focus on the drakes.Keep one of total board removal for their ressurect chain of plays and try to play L.J as soon as you get the chance.

Mulligan:Hellfire,Mortal Coil,Doomsayer.just clear the board till you able to play your threats.

Tempo:Slighty unfavoured.Mulligan same as hunters.If he has a god hand you can't do anything.If you are able to play more than a big body while you are 20+ health it's pretty much gg!

Freeze :unfavoured.Mulligan same as control warriors.He plays by himself though.If he draws his freezes +card cycle you can't do anything.If not you auto win.Second worst match up after anyfin palla.

You both just stall the game untill he plays his deathrattles and you the lord.J.You must save a total board clear for his n'zoth and it's gg.L.J is the key to this match up not your giants.

Your worst match up,unless he draws terrible and you draw like a god there is nothing you can do.

So that's it!Go out there and crush'em!(this to get you in the mood)

Edit:Wow 175+upvotes!I never expected the deck to became so popular!You guys are awesome  and made the process of making the guide worthy it!Thank you! <3

Now i will post here some questions that i was frequently asked in the comment section and in personal messages:

-Is the deck legend viable?

Yes,it worked on low-mid legend last season(s30) and i capped rank 3(s31) with the deck this season.If you are interested ONLY in reaching legend though then midrange shaman is a much better choice.

Why no Ancient Watcher?

The ancient watcher is too slow.I know it feels weird to even to say that a 2 mana 4/5 is slow but it's the truth.Even if you play them and taunt them they will absorb at best 2 minions each,they won't force the opponent to skip a turn and since you played at least 2 cards early(a watcher and a taunt giver)you won't be able to play a beefy drake or a giant.That's why I prefer the doomsayers.They are not as good in late game as the watchers but if the game reaches late game you have propably already won.

Why not Shadow Bolt instead of Soulfire?

Generally if you want to replace a card,you should do so with one that increase your winrate against the decks/classes you face more.For example at the moment you should pick cards that increase further  your win ratio against midshaman/hunter and not necessarily with cards that do something similar with the cards you don't have/like.

Alexstrasza ->I originally had rag since in theory he is a superior card ,in practice though rag sucked balls for me so after experimentation i concluded the redhair beauty alex fits my playstyle the best.However she remains the most versatile pick in the deck.You can swap her with anything you like.

Twisting Nether->Anything that makes your Shadowflame better like Power Overwhelming and Ancient Watcher.Your consistency will suffer though.

What can i swap for ooze?->Propably one the peddlers.

Here are some awesome videos showcasing the deck.Thank you guys,if you enjoyed them go give them a thumps up!

And this potato for the long guide!BB 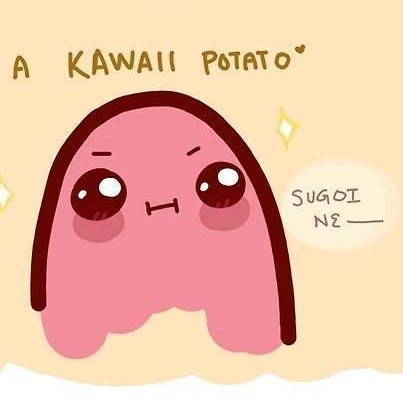