Hi all! I'm a fairly casual HS player, and last season I was really enjoying Wild and decided to make a push for legend for the first time. Secret Pally was always strong, so I revamped the classic version around N'Zoth for a more well-rounded game plan that bolsters the already busted early-mid game with late game inevitability.

I ended up going 53-20 from rank 5 to legend (#2) over the course of a week playing only with this list, leaving me with a 72.6% win rate. I unfortunately didn't track all of the match-ups so you'll have to take my legend screenshot and word for it. The deck seems quite consistent vs the current NA Wild meta.

Disclaimer: I am not re-inventing the wheel here... just came up with this particular list, found it to be highly effective and wanted to share with the community! Also, be warned... some people find this archetype cancerous. :X 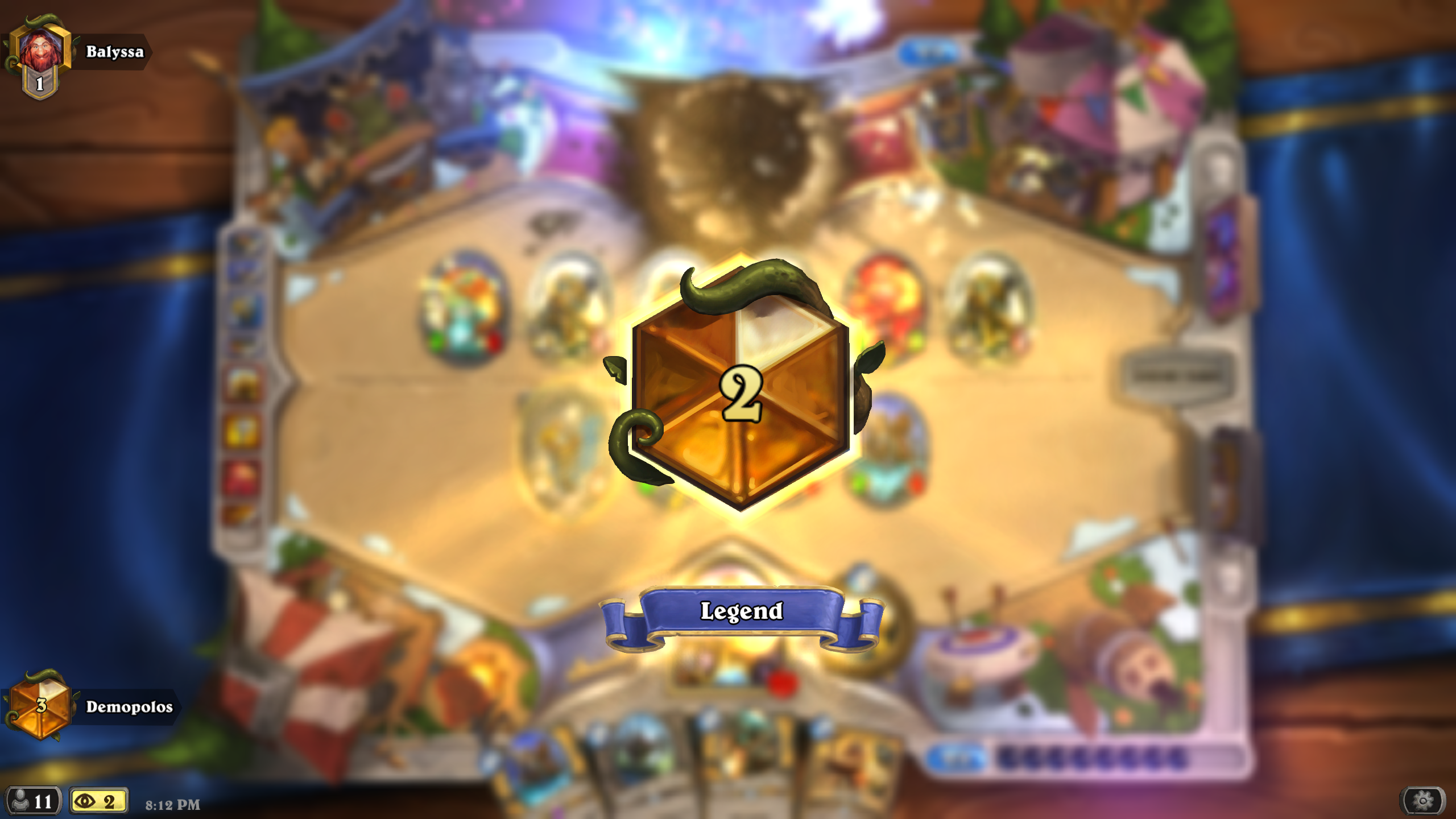 Please note: The favorable/unfavorable rating I give each deck archtype is based on my limited  experience with each match-up while climbing to legend (and general opinion, as that is only a 73 game sample). I also am attempting to factor in the limited data from the Vicious Syndicate Data Reaper beta (they have class vs class win ratio chart for Wild, and secret pally comprises most paladins at the moment on the ladder). It's definitely worth a look! This data set (over 2,000 games) shows that paladins as a whole currently have positive winrates against all but 2 classes, with the following numbers: Priest (62%), Warlock (60%), Warrior (56%), Druid (56%), Mage (55%), Shaman (53%), Rogue (50%), Hunter (49%). Paladin is currently the 2nd most played hero in the sample, comprising 16.8% of the meta.

If there's enough interest, I'll update the guide with:

Please let me know if you have any thoughts to further optimize the list! Will do my best to answer your questions as they come. Thanks. :)