Have you ever been wondering how you can stand a chance against all those OP decks in the current meta? Feeling tired of losing every game against Shaman, Zoolock, hunter, tempo and other kinds of Warriors? If you can't beat them, just join them.

But wait, what if I told you guys that there is still hope left.

After tons of experimentating with all kind of control decks, I have found the ultimate cure for this aggro disease, that has been rulling the ladder for too long.

The deck looks a lot like the regular n'zoth deck, the difference is that this deck focus a lot more of clearing the board with all kind of 'decent' removal spells/combo's and removing the opponents weapons with cards like Harrison Jones and Acidic Swamp Ooze.

This Priest deck performs well against all kind of decks, can be a bit weak against combolock, but for the rest it can litteraly destroys the fastest face decks till even the greediest control warriors. 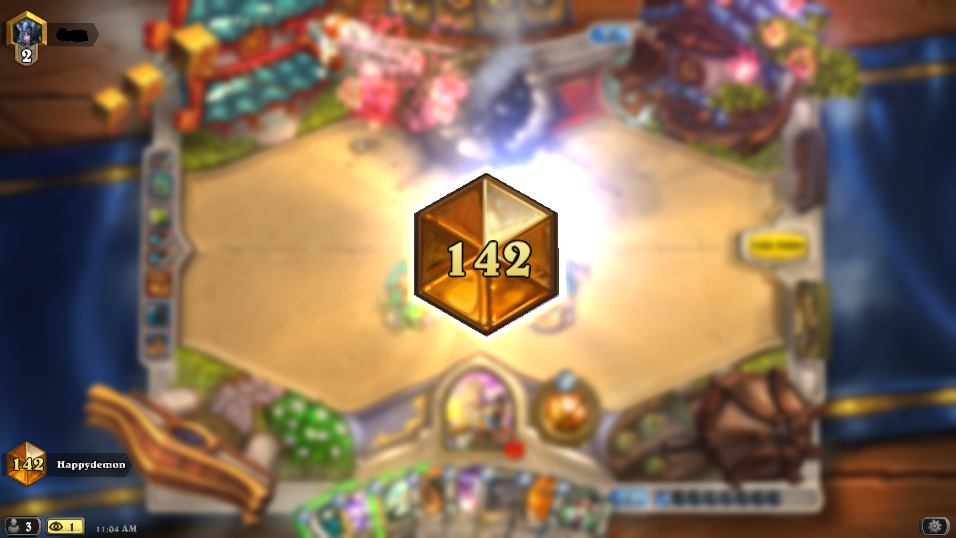 Keep against all classes Shadow Word: Pain, Museum Curator, Wild Pyromancer with coin and if you got Auchenai Soulpriest with Circle of Healing in your starting hand.

Warrior has three popular decks in this meta Pirate, Tempo, Control.
Against all these three classes, you want to have at least one Weapon removal card in your hand Acidic Swamp Ooze > Harrison Jones. Shadow Word: Pain is really good for those matchups, since it can easily remove an early Acolyte of Pain, Frothing Berserker and Bloodhoof Brave.
Against Control Warrior, you can also keep Shifting Shade. It's almost impossible to lose against Control Warrior with this deck, cause of the lack of cardraw and having Entomb will insure you to win the Fatique War. Just Remember, never play N'zoth before the Warrior plays his Golden Monkey, you don't want them to Brawl all your minions do you?, Also never have more than two minions of your own on the board.

Warlock has two popular decks, the renolock and the more common zoolock.
Zoo can be an easy matchup for this deck. Mulligan for Wild Pyromancer, Shadow Word: Pain and Excavated Evil.
Only use Shadow Word: Pain for Flame Imp, Imp Gang Boss and Knife Juggler. Till turn 5 you want to play passively and use your hero power as much as possible, Turn 5 you clear the board and at turn 6 you steal a decent minion with Cabal Shadow Priest. Try to keep Wild Pyromancer for their Forbidden Ritual.
Renolock is one of the worst matchups for this deck, Keep Shifting Shade in your hand, push for damage and try to go for an early N’zoth. Keep the pressure and hope that you can burst him down with Auchenai Soulpriest and Flash Heal.

Shaman has two popular decks, the Face Shaman and the Less Face midrange Shaman. Keep against both decks Shadow Word: Pain, Acidic Swamp Ooze and Excavated Evil in your starting hand. Try to use the same strategy as against Zoolock. If you got a decent starting hand, then you might want to hold on Shadow Word: Death for their Flamewreathed Faceless.

Against Hunter try to get Acidic Swamp Ooze and Shadow Word: Pain. This matchup really depends on, if you can get your early drops, Sometimes I even pick a 1 or 2 mana deathrattle minion from Museum Curator to stall the damage as much as possible. Most of my turnbacks were when I kept the board clear and stole a decent minion like Leokk with Cabal Shadow Priest. Also try to hold Auchenai Soulpriest and Circle of Healing for their Ultimate Huffer combo at turn 8.

Mage, Most of the mages on ladder play Tempo Mage, If you can deal with their early game minions than you can easily outheal their spell damage.  Freeze mage is another story and is really difficult to win against.

Most druids play some kind of Cthun/Ramp. Against this class it doesn’t hurt to keep Shadow Word: Death in your Hand.

Palladin:  Keep Wild Pyromancer, In case of he is playing the divine shield Palladin. When you are playing against N'zoth Palladin, just Entomb their best deathrattle minions and win the fatique game. Also Shadow Word: Death is a great card for the Ragnaros brothers.

So, I have read a lot of comments regarding why this deck doesn't include Elise Starseeker. The biggest reason is that this meta is too fast for this card. Elise Starseeker is a decent 3/5 minion, but you don't really want to pay 2 mana for Map of the Golden Monkey but rather heal your Hero against aggro. Second you already have N'zoth as wincondition. Also there only exist 2 classes, who have the ability to counter his battelcry with Brawl and Twisting Nether. Just entomb her, when playing against a class with Elise Starseeker. Read Control Warrior in Mulligan section for more tips.

Edit: Over time I will expand this guide and give substitutes for some cards.

Feel free to ask any questions. 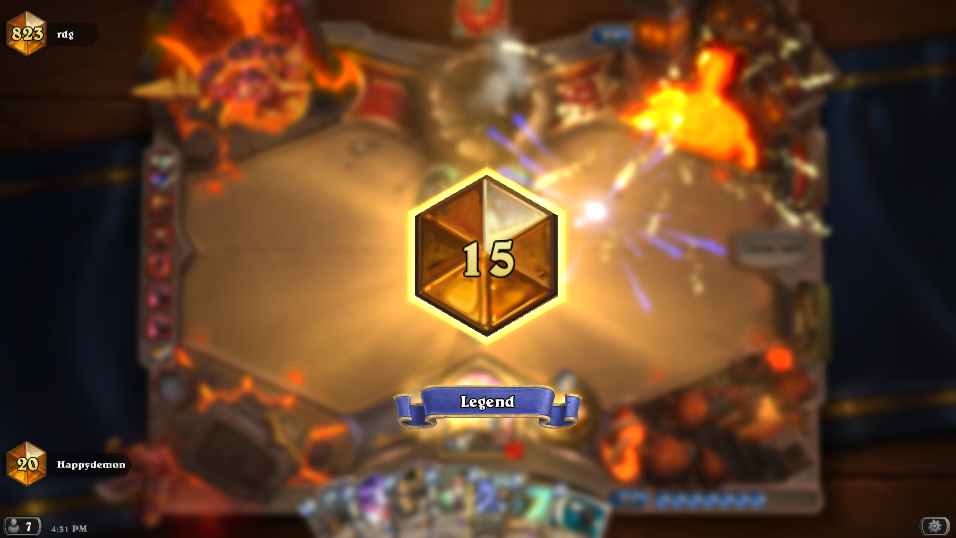 Update: 12-06-2016: A lot of you guys asked me, if there was a video of this deck being played. Kiwiinbacon was so kind to make a showcase for this deck. If you found this video helpfull, don't forget to like it.