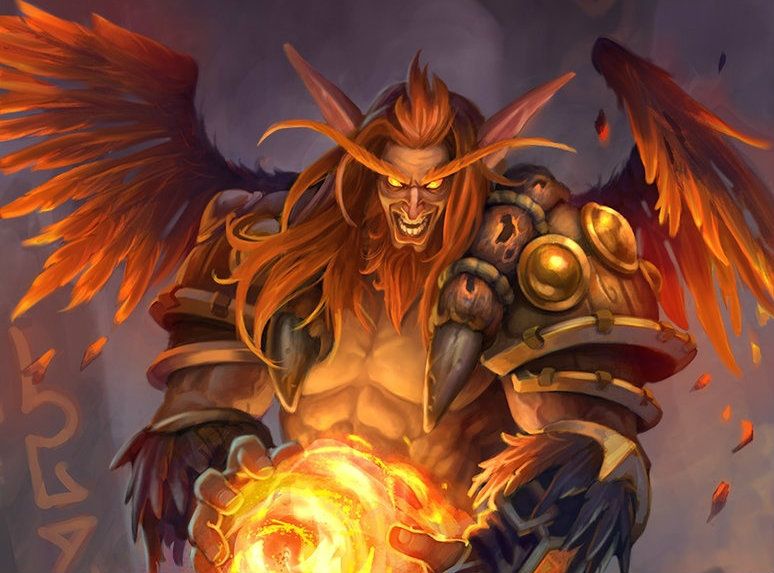 Hey guys, my name is KuBBis! Been playing Hearthstone for some time now, most for fun, but reached legend in january this year, since then I've pretty much just ranked up to rank 5-2 every season. As you all know the new expansion is here, and I'm going to show my Beast/Fandral Staghelm deck. A very fun and strong deck I found very satisfying to play.
The very main reason for that is because of Mr. Fandral Staghelm himself! He's probably the most awesome legendary I've played for a long time, and I'm tempted to craft him in gold right away.

Heres what the man himself can do for you:

Awesome, right? It's just insanely awesome. And thats just a few of the choose one cards he can work his magic with.
But this deck isn't all about Fandral Staghelm, it has strong beast synergy as well.
Okey, let's talk about the deck in general:

Mulligan: Many decks are in a testing-phase right now, so it will be hard to tell you guys the different mulligans for every deck thats out there right now,
but the general mulligan will be:  Living Roots, Darnassus Aspirant, Raven Idol, Wrath . You can also keep Druid of the Saber . Sometimes I tend to keep Fandral Staghelm.

Living Roots: So, basically this is a card you want to keep in your starting hand, but can also be useful in the mid/late game. If you start, you always want to summon the two 1/1 Saplings. If you are second, and he played a minion, you can choose to kill it with 2 damage if that works. This is also a card that can get good value from Fandral Staghelm, as he makes it do 2 damage and gets you two 1/1 saplings as well.

Raven Idol: This is probably one of the best cards you can combo with Fandral Staghelm, because it's cheap, and grants you a minion and a spell, thats huge value. I wouldn't recommend to keep this in your starting hand, unless you don't have Living Roots or a 2-drop like Darnassus Aspirant. Don't get me wrong, it's not a bad card to have in your starting hand, but my experience with this card is that it's a very strong mid/late game card, and it's a very strong combo card. So I think Raven Idol is a MUST card in this deck.

Darnassus Aspirant: Most of you are familiar to this card, as it's a commonly used card in druid decks since the TGT expansion. I just added 1 in the deck, and thats becuase it's not a beast! It's a strong 2-drop, and it's a must kill minion for your opponent. If they don't kill it, you will have an extra mana crystal and then have a huge advantage in the game. ALWAYS keep this minion in your starting hand, as it is not very good in the late game, but it's still a 2/3 body.

Druid of the Saber: This is a beast, so it has synergy with Mark of Y'Shaarj and Wildwalker. It also combos with Fandral Staghelm, but it's not the ideal minion you want to combo with, but it gets you a cool tiger form with 3/2 charge. Druid of the Saber is a card you like to keep in your starting hand.

Mark of Y'Shaarj: This is one of the new cards, and I like it! buffs +2/+2 to a minion, and if the minion is a beast, you also get to draw a card. This is one of the card draw mechanics that i feel this deck lack sometimes, so it's a must have in this list. You can also use this card to trade into a minion, or do other smart plays, also can be used as the extra push damage for lethal. Good card!

Wrath: This is common for all of you guys, but this card is almost an auto-incluse in every druid deck. As in this deck, you can combo it with Fandral and do 4 damge and draw 1 card, thats awesome! Other than that it's not much to say that don't everyone of you knows. It's a nice removal card and can grant you some card draw if needed. I like to have it in my starting hand.

Druid of the Flame: In this deck, this card is amazing! It has the beast synergy, and its probably the best minion to combo with Fandral. For 7 mana you can get a 3/5 and a 5/5 Druid of the Flame on the board, insane value. You can actually consider to keep this card in your hand if you have good curve, or the coin. Really think this is one of the strongest cards in this deck.

Mounted Raptor: Soo, it's a beast, so it has synergy! And it's a minion with a sticky deathrattle. You can get some really stong 1-drops from this card if you are lucky! Minions like Injured Kvaldir and the new one that I have gotten 2 times now Selfless Hero! Overall its an okey minion with a chance to get a good 1-drop from the deathrattle.

Fandral Staghelm: The man himself, with the awesome Choose-One effect. My favorite card from this expansion. The magic he does can be insane, and if they don't have the removals for him, you have probably won. Well, maybe i'm praising this card alot, but I think it's just an amazing card. The stats on the body is the same as Sen'jin Shieldmasta, but with an incredible effect, worthy of a legendary. I won't bother listing all the cards he can work his magic with, becuase i will explain it on each of the cards.

Mire Keeper: One of the new cards! You can choose to summon a 2/2 slime or grant an empty mana crystal. Strong card that can be valued as a 5/5 for 4 mana, or you can ramp up. Can also be used for combo with the magic man. No beast synergy with this card, but still a strong card.

Savage Combatant: Not my favorite card in this deck, but it's still a beast, so goes well with the synergy, and it's a 5/4 for 4 mana. This is a minion that your opponent always will try to get rid off as soon as possible, because it makes your hero power huge, and the damage output will be huge if this minion stays on the board. Just added 1 in the deck, and it's more than enough, but it's a good card however.

Swipe: Everyone knows this card. It's the board clear for this deck. 4 damage on a single minion and 1 to all the other minions. must have in this deck, since druid has few aoe spells. Starfall is another option, and it goes well with Fandral, but thats not a combo you will get often. You may have the chance to get Starfall from Raven Idol as well. Anyways, you will need x2 Swipe.

Wildwalker: This minion is debatable. Many think it's not good, but I like it. It makes your beasts bigger, and it's a 4/4 for 4 mana. If you want to replace this card it's ok, but I still would consider to keep x1. It's 9 (11) beasts in this deck, so the chance of getting the extra health onto 1 of your beast is big.

Ancient of War: Onto our only epic in this deck. This is a strong, strong minion! You almost always want to choose the 5/10 option with this minion, as it's very sticky to kill with so much health. If you combo this card with Fandral you get a 10/10 taunt! Amazing minion, and if you don't have the dusts for this card, get it!

Cenarius: This card is strong, can be used to taunt up and defend yourself with x2 2/2 treants, or he can be used to buff your minions +2/+2. It says itself what to do if you have an okey board, it's to choose the buff. Fandral makes Cenarius summon the treants before he buffs, so thats awesome. Someone asked what to replace Cenarius with, since they do not have the dust for him. My tips is: If you have the dusts, make him. If don't, add another Ancient of War.

Sylvanas Windrunner: A sticky minion, that makes your opponent wish they had the silence or entomb(priest) in hand. If they don't have the cards to remove it, it's insanely good. Can be a huge tempo swing in your favor if you can be able to steal a good minion from your opponent. She's a 5/5 body for 6 mana, but her effect is so good. Sylvanas can be replace with The Black Knight if you feel you face many huge taunt minions.

Heres some gameplay from Khristophesaurus Dinosaurus!

Go check him out on Youtube for more gameplay! :)
...
And heres some gameplay from Kiwiinbacon at legend ranks!

Here are some gameplay in lower ranks from Furo! :)


Heres another video from MattSparks3.0